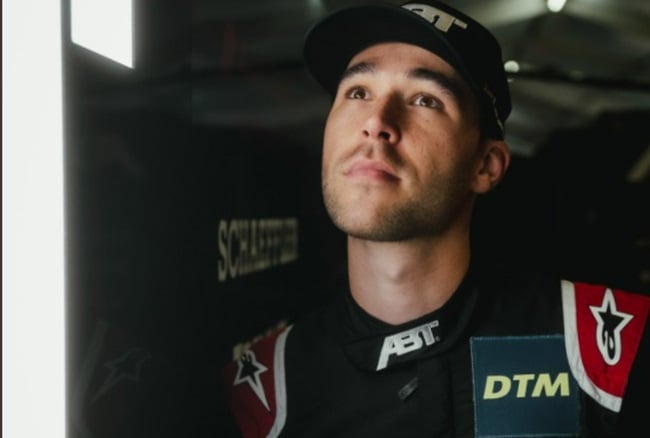 Lawson was in line to win the DTM title, leading Makimilian Gotz with 18 points in the final race of the season.

However, the Red Bull junior’s hopes were shattered in the first round when Van der Linde, not for the first time this season, crashed on him.

Van der Linde received a five-second penalty for his antics, and Marco said a ban on racing would be fairer.

Van der Linde he said in his tweet: “After Sunday’s race, I decided to turn away from social media and think about everything that happened.

“At that time, I wanted to make sure to contact the person most deserving of an apology. Liam and I talked last night.

“I was full of adrenaline and I had a stuck microphone in my face without seeing what happened on television. I didn’t put up with it well and I’m not proud of it.

“On the sports side, everyone has the right to their opinion. We drivers are forced to make decisions with a high stakes in a split second. These are not always the right decisions and often have serious consequences.

“The social abuse I received last week leaves a sad taste in my mouth and it will take time to process it.

“The only thing I will say to those who felt the need to say such things: You don’t know me, you don’t know my family and you definitely haven’t walked in my shoes for a day. Sport is sport. But never forget that real people are behind it all. No I want none of that for anyone.

“I’ll be back next year. And I’ll do a lot of things better.”

Kelvin and his brother Sheldon have been racing in South African car series since they were little, starting with karting and following in the footsteps of their father Shaun Van der Linde and grandfather Hennie.

They ran to the international stage, both of whom are now driving in the legendary series of DTM championships abroad, competing against each other for Audi and BMW.

A Red Bull motorsport adviser told Motorsport.com: “If that was not intentional, then the race management is not qualified enough to participate in such a championship.”

“There can be no such misjudgment.

“It was a completely mindless maneuver by Kelvin van der Linde – and it was not the first.

“He also entered the back of Liam in Hockenheim.

“For me, this is extremely unsportsmanlike behavior, which in my opinion should be appropriately sanctioned.

Lawson limped home in 18th place, while team orders from Mercedes saw Lucas Auer and Philip Ellis slow down in the final three laps for Gotz to win the race and the DTM title.

Marko was not satisfied with that invitation either.

“The end of the season was not extremely praiseworthy, so Mercedes played so ostentatiously then,” he said.

Speaking to the media after the race, Lawson described Van der Linde as “the dirtiest guy I’ve ever competed against.”

He added: “He never seems to learn.

“Don’t go straight through the First Round both days, both days the same driver will inform us very, very frustrating, and I thought the guy would learn, but he might never learn.”

Marko agrees: “He said it well.”