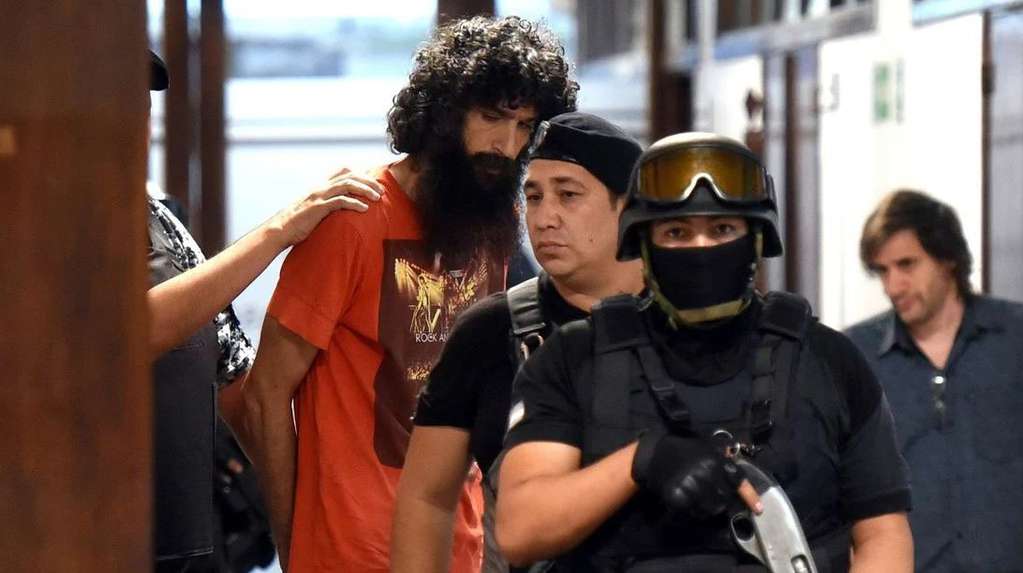 The popular jury will begin trial on October 26 in Mendoza of Gilad “Nicolas” Gil Pereg, an Israeli arrested for the double crime of his mother, Pirhia Saroussi and his aunt, Lily Pereg, which took place in January 2019. From guilty and attributable, could get 50 years of grief. In the meantime, the curious visit he visits every week in prison has become famous.

Solo three people were those who had contact with Gil Pereg in the two years and eight months he was detained: a lawyer, a member of the Ethics Court of the College of Architects who assisted him in the fraud, and a woman he did not know before his arrest, but who visited him the most.

The love for cats he said of the common interest that united them Clarion one of his defenders, Lautaro Brachetta. So it was, when she sent him a letter proposing to visit him in prison, Gil Pereg accepted it and from then on they started to see you every Saturday in the morning.

“It was a friendship, and not from a love affair. The woman was part of an animal association and showed solidarity with him, ”adds Brachetta, who assures that a year ago Gil Pereg stopped wondering about the two things that interested him most: his cats and the property on which he lived. It’s like I forgot them. The detainee had previously persistently searched for his animals, to the extent that his lawyers managed the income of his three cats so I could see them.

“It doesn’t matter that I’m in prison or under house arrest. All I want is to be with my cats. If you want to send it to me to my house with 50 cops take care of me, do it. I’m not interested in escaping. “I’m just interested in my cats,” Gil Pereg told a prosecutor. Finally, 37 cats and 4 dogs They were handed over to an animal association that was in charge of finding people who were willing to adopt them.

A double crime of the Israelites

Gil Pereg was born in Israel and took another name when he decided to move to Mendoza in 2007: his name was Floda Reltih (an anagram of Adolf Hitler) and at one point he owned a delicacy.

His aunt Lily Pereg (54) and his mother Pirhia Saroussi (63) traveled to Argentina to visit in early 2019, but they disappeared a few days later and the former soldier assured that they had been kidnapped.

The search ended four days later, when they found the bodies of the sisters covered with stones in the house where Gil Pereg lived. They were killed: one shot and the other, beaten. They also found 37 cats at the location, which the defendant considered his “children”.

The trial of Gil Pereg

Earlier this month, the first 120 potential jurors were drawn. Now is the time to choose, until the final twelve, which there will be six women and six men and will receive 1,200 pesos for each audience, plus meals.

From the 26th, the jury will have to determine whether Gil Pereg is guilty or not guilty and whether he can be attributed. If you are found guilty and charged, he will get 50 years pity.

On the other hand, if it is considered indescribable, he will not be punished. But he won’t be released either. “He will continue to be hospitalized under the Mental Health Act,” explained Brachetta, one of his lawyers. And he specified: “His intention is to travel to Israel, on the basis of alienation, and to do an internship in his country. Although there is a possibility that he is still hospitalized in the same hospital in Mendoza where he was before the pandemic. Or be transferred to the Central Penitentiary (HPC) of Ezeiza Prison. “