A molecular motor that only works light 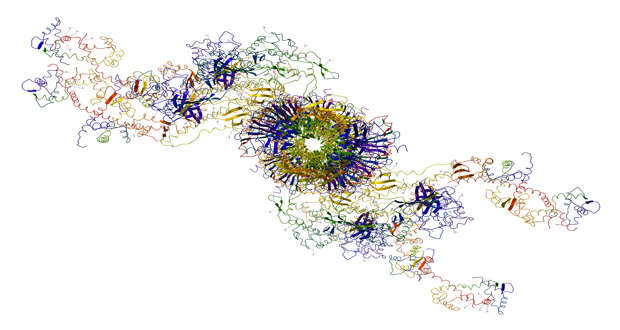 Hemi developed the first molecular motor that can be powered only by light, regardless of temperature.

Henri Dube from the Ludwig-Makimilians-Universitaet and Aaron Gervien student developed a motor or chemical carcass, which even rotates faster at lower temperatures.

"We were able to modify the molecule so that the complete rotation of one of the structural modules relative to the other requires only three reactions," said Dube. "Each step of rotation consists of three different photoreactions, two of which we demonstrated experimentally for the first time only this year."

The new engine is based on an organic substance called hemithioindigo, composed of two different carbon skeletons, connected with a mobile double bond. The LMU team said that all three steps involved in full rotation were promoted by a reduction in temperature.

Dube and Gervien believe that their driving mechanism will enable researchers to synthesize molecular machines that enable new, unique applications.

Molecular motors rotating in one direction in response to external output energies represent an important class of components for future applications in nanotechnology. So far, light-dependent molecular motors have been dependent on reactions that require heat and therefore rely on minimal ambient temperature.

LMU has released its findings in Journal of the American Chemical Society.