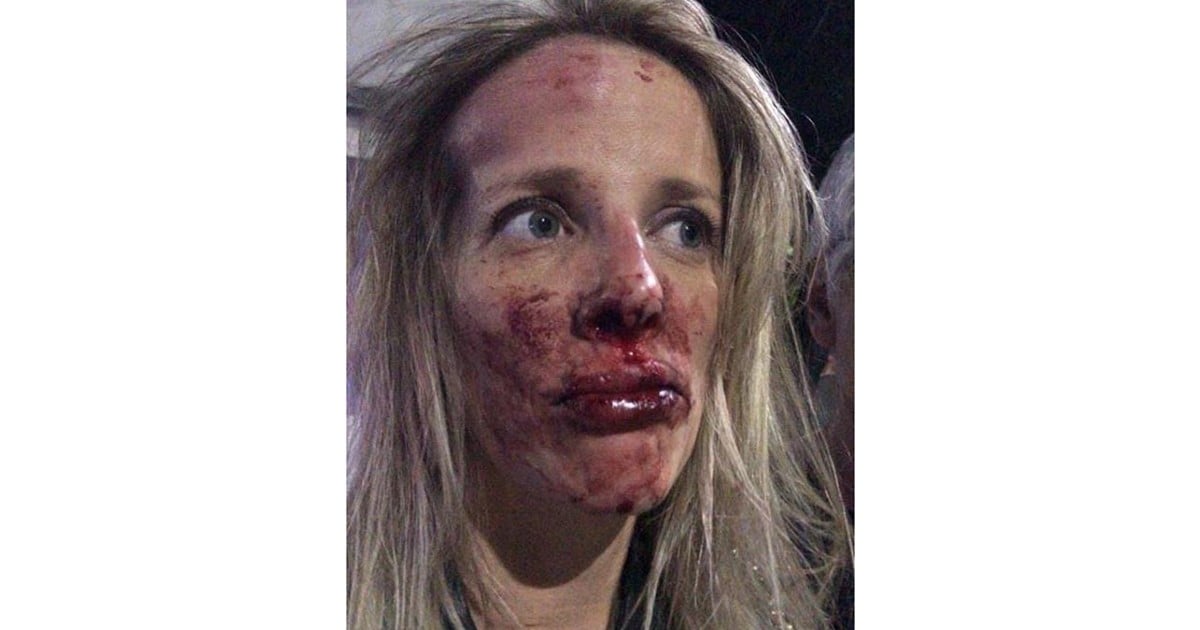 The same man on the street, in the village of Caballito, two women were beaten, without words, without a scream, without an attack connected with attempted robbery. He brutally attacked them from nowhere.

One of the victims, Natalia De Magistra, is a plastic surgeon and left a party party with her associates. It happened on Saturday at 3:30 am at Calle Aranguren, almost at the corner of Rio de Janeiro at 500.

At that moment she was alone, 50 meters from her car. "We were greeted with a year, a very happy moment, and it turned out that when I left, I was on the corner at this corner," he told the press. TN.

"The first blow is from the front, when it throws me out, it strikes me in the face, I think in my mouth," continued the woman, with visible signs on her face. "When I realized I was pulling my hair, I did He started kneeling, I fell to the floor and hit me. Criminal, "he continued.

The neighbor who was on the street who was walking on his dog began to scream. He stopped the patrol, who called SAME, and the woman was hospitalized.

Natalia De Magistra, a surgeon who was beaten extravagantly by a stranger in Caballito. / Facebook Irene Busniuk

At present, Natalia has a fracture, a cut wound, broken lips and teeth, bruises on the skull and a fracture on the other rib.

The minute before the attack on Natalia, the same man attacked a 22-year-old girl who was in a bus stop in a phone call. He hit him in the face. After receiving the blow, a young woman shouted at Natalia to warn him about the topic, but she did not listen.

Both women submitted an appropriate report and awaited the answer. Prosecutor no. 26 intervened in the investigation.

As he reported TN, the neighbor who was the witness of the events has not yet been announced. Natalia and her boyfriend visited the neighborhood, they found a camera that could be crucial, but from a stranger, who in principle said: "I will only make my cameras available if Justice is asking for it". They still did not ask for it.

"The aggressor did not run away, he went, so they see him in a small part of the security camera, they could catch him at this time," the newspaper said.

The family claims that the police let him escape. According to Natalia's mother: "Due to witness statements, immediately at the scene of the incident, Rio de Janeiro and Aranguren, a half-block from the ORT School, a patrol car appeared, and the witness told them where they were and how he was dressed (…) and the police responded: "It's not our jurisdiction", allowing the aggressor to escape. That's crazy. "