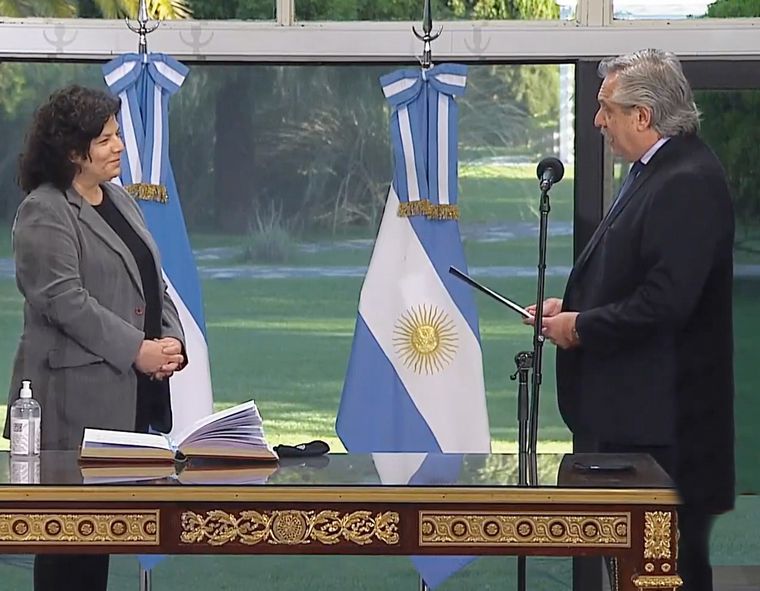 Also present in the act, in which there were no statements, was the Speaker of the House of Representatives Sergio Massa; and PAMI chief Luana Volnovich.

The appointment of Vizzotti, who served as secretary of the Ministry of Access to Health, was made official this Saturday in the Official Gazette, where the resignation of Gonzalez Garcia was also announced.

The dismissal of ministers was decided this Friday after the controversy that arose when journalist Horacio Verbitski publicly admitted that the coronavirus vaccine was used depending on the portfolio..

The request for resignation was formalized through the head of the cabinet, Santiago Cafier, and the appointment of Vizzotti was confirmed after the meeting that the official later held in the Government House with President Fernandez.

Scandal in the Government

The new Minister of Health is 47 years old and she obtained a medical degree at the University of El Salvador. Vizzotti specializes in the control of immuno-preventive and infectious diseases, internal medicine and systems and social security. He is the founder and president of the Argentine Society for Vaccination and Epidemiology (SAVE).

Among other functions, he was in charge of the National Directorate for the Control of Immunopreventive Diseases (DiNaCEI) of the Ministry of Health of the Nation in Argentina (2007-2016) and was part of the Technical Advisory Group for World Immunization Practices of the Health Organization (2013-2019).

I thank the president @alferdez for your confidence in giving this responsibility, which I hope to reciprocate with my greatest effort and commitment.