Guide to surviving pickets and traffic cuts of today: Pueirredon Bridge is cut – 20.12.2013 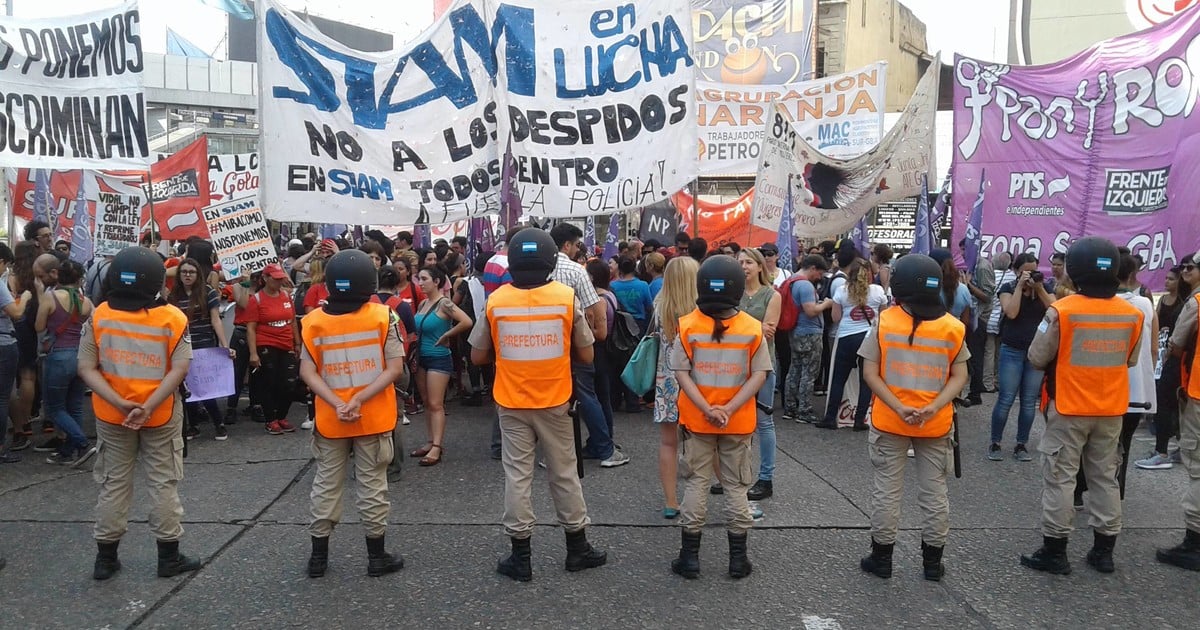 Continues hot December on pickets. Pueirredon Bridge has been cut down and there are several protests in the center.

What should we do this weekend? | All suggestions for weekend organization.

Every Saturday in the morning.

The Transport Secretariat of Buenos Aires, through the Undersecretary of Transit and Traffic, reported the following demonstrations and stopped traffic:

From 7, SIAM workers are concentrated in the vicinity Bridge Pueirredon, which was interrupted half an hour later.

The section on the Pueirredon bridge began soon after 7 AM. Photo: Luciano Thieberger

Of 8 to 10, The Association of Earth Workers focuses on Miserere Skuare (Rivadavia and Pueirredon).

While, from 10, CTA demonstrators, CNCT, CANPO and Productive Front and SME Association will be grouped in Diagonal Sur, between Adolfo Alsina and Moreno.

From 11, workers Bapro will demonstrate San Martin, between Peron and Bartolome Miter.

On the other hand, at 12 there will be a concentration of Sipreb and media workers in Leandro N. Alem and Corrientes Avenue.