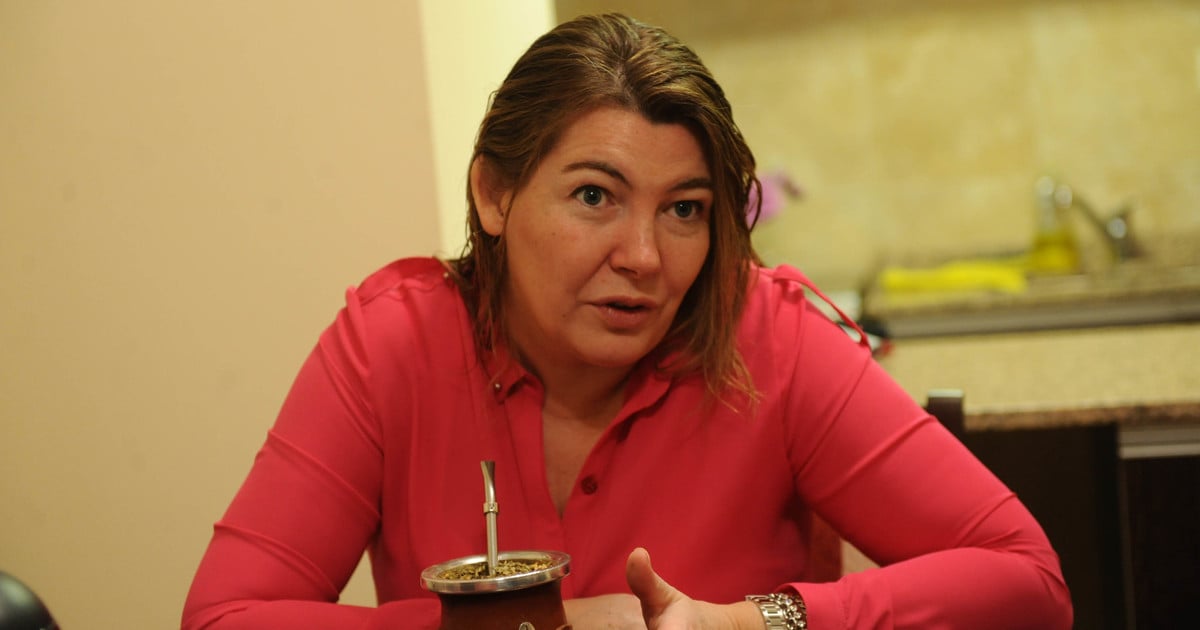 Governor of Tierra del Fuego, Rosana Bertone, said that "intrafamilial sexual abuse" suffered in childhood "destroyed his life". At the same time, a series of recognition of the personality that revealed similar situations He said that "it is good to know that women say their experience, more than whether they decided or did not decide to file a court appeal."

I suffered intrafamilial sexual abuse from eleven to twelve. I needed a lot to talk about it with my family because I thought they would not believe me.

"Someone always thinks the facts were either someone feels guilty thinking if it caused the situation in the other. It's absurd and terrible, but that's what's happening. Infidelity is inherent in allegations of ill-treatment, "Bertone said in an interview with the news agency Telam.

Although the president of the year 2015 had already mentioned the abuse from which she was a victim, she now accepted the data for the first time how this experience influenced his life and still influences his political and personal life.

"I suffered intrafamilial sexual abuse from eleven to twelve. I needed a lot to talk about it with my family because I thought they would not believe me. I could only overcome my grandfather's intervention about me, whom I could say because I joined with him with a very special relationship, "said Governor Fueguian.

"Since the abuser was from the family, my grandfather did not want to file a criminal complaint, so I had to stick to what I had."

Did it cost you to talk about it with your family?

Rosana Bertone: Imagine that at that time there was no talk about sex with a family. I was a girl. Fortunately, I had the support of my grandfather who took over the situation myself. I think it had a lot of influence and he died of cancer. We had a strong relationship. Many years later, after I was a mother, I managed to talk to more people.

"[Lo que me pasó] He ruined my life. Sexual life, forming a couple. "

Did he happen to be afraid to tell him and not trust him?

RB: Of course. I thought he would not believe me. I think it must be the same now. Someone always thinks the facts were the same, or someone feels guilty if he thinks it might have caused the situation in the other. It's absurd and terrible, but that's what's happening. Innocence is inherent in claims of abuse.

How did you manage to handle this situation?

RB: I had psychological limitations and I rely heavily on religion. I think that's why I believed it. Since the abuser belonged to the family, my grandfather did not want to file a criminal complaint, so I had to adhere to what I had.

Overcoming what happened to her made her face life?

RB: I have read many reports of famous women who have been abused, and some say that they have become what are the products of learning and the situation they had to live with. It's true that in my case it's not like that. He ruined my life. Sexual life, forming a couple. Or why so much focus on my work? Well, because it's kind of hard for me to build an affective one. One is hit, whether it wants or not, and no matter how much time it takes.

Did it cost you to form a partner, for example?

RB: I think so. With her ex-husband, with whom we talked about the subject, of course, we had to face the situation. He helped me a lot, because I was very afraid that the same thing would happen to my daughter. In fact, my daughter, a psychologist, and I thought she was devoting to children, she became special and worked with abused women.

"I do not think anyone in politics can force me physical and psychological violations of it."

What do you think of this movement deriving from the Darthes case and the testimony of women who began to get to know each other?

RB: It looks good to know that women speak their experience, more than whether they have decided or did not decide to file a court appeal. I believe that most abuses occur in the family itself, but also in the workplace.

In 2016, Rosana Bertone received the government attributes of Fabian Rios.

Was there a release in your case?

RB: The truth is that it was spontaneous. In a radio interview, in 2015, we discussed the complaints he suffered during the election campaign. I said that I did not think I could suffer a worse attack than sexual abuse I was a victim of. And I hold it. I do not think anyone in politics can do me bad physical and psychological violations of it.

"Criminal judiciary, although I am a lawyer and I know the criminal system, I would not solve anything for me, because as a believer I believe more in divine justice."

What were the consequences when you first said it to the public?

RB: Many have called me to speak to me about my experience. Many women, but also many men. I remember the case of Ushua, a very recognizable person. His father raped him several times as a boy. He told me that this had a decisive influence on his life.

Does your criminal currently live?

RB: Yes, they live And in my family everyone knows who he is. It's even more complicated.

Do not you want justice to be done?

RB: Criminal Justice, although I am a lawyer and I know the criminal system, I would not solve anything for me. As a believer, I believe more in divine justice. But that's in my case. I understand that the arrest of abusers is demanded, especially those who repeat themselves over and over again.