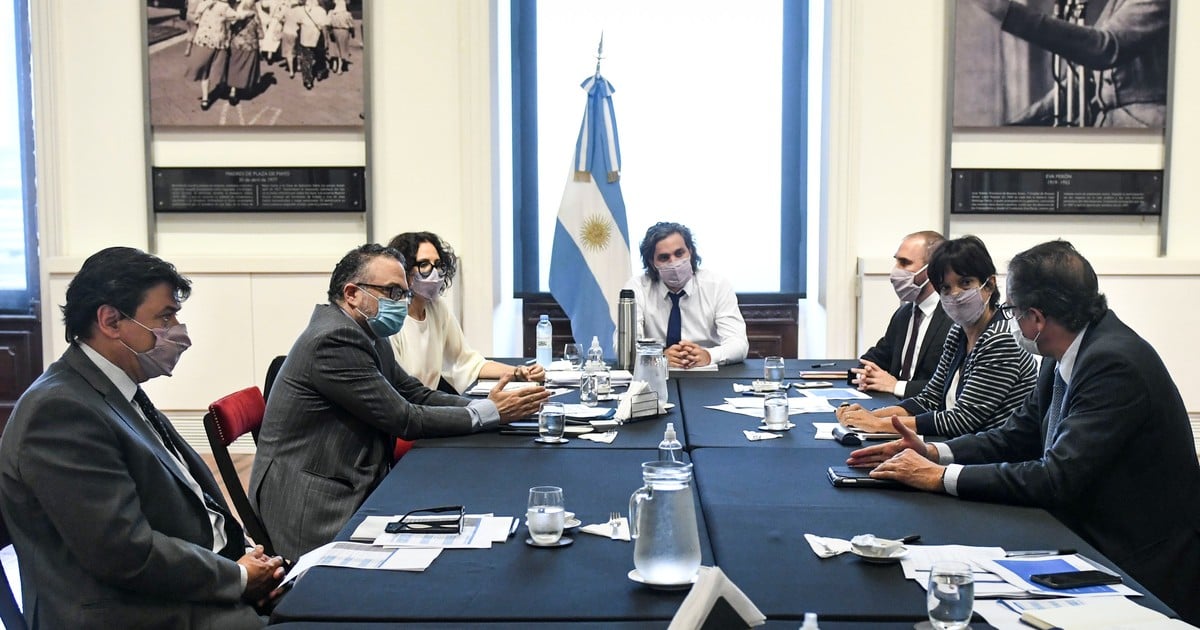 The government took note of the change in mood in the foreign exchange market and began preparing for a scenario of greater tension. The unstoppable rise in blue in recent weeks – reaching $ 183 today – and to a lesser extent parallel prices are calling into question the effectiveness of the latest regulatory measures to restrict business with financial dollars.

Tensions have alerted the entire cabinet’s economic team. One of the chiefs of the Ministry of Economy, headed by Martin Guzman, recognized in the last hours that there was “a little more noise” in the foreign exchange market on the eve of the election. It is obvious that there is a “reorganization” of the market.

In economics they follow closely devaluation of the real in Brazil, which has recently left the currency in a better position among emerging markets. It was devalued by 2% on Monday. But they are also watching with concern the beginning of the second semester, which will bring lower income from the harvest and limit the purchase of foreign currency by the Central Bank.

In July, the entity chaired by Miguel Pesce bought $ 1,000 million and accumulated a total of $ 7,400 million. It is the net balance after intervention in the bond market to reduce the gap between the wholesale and financial dollars. Some operators estimate that BCRA would sell more than $ 300 million a month. The government also knows it has firepower.

“The situation is still under control, we do not see any tension“assured Guzman’s man.”The central bank has put together an important cushion to address any market concerns“He explained. Reserves exceeded $ 43,000 million this Wednesday.” Peaks in volatility exist, but there is no significant risk, ”he added.

With reinforced stocks, the Central Bank points out that “the tool commonly used to control the exchange rate is the purchase and sale of bonds in dollars. “But as access to the parallel market has been limited, pressures have shifted to blue, where the gap with the official has jumped from 73% to 90%. Greater tensions are also expected in the coming weeks.

The issue of exchange should appear this Wednesday at a government meeting, after which AFIP chief Mercedes Marco del Pont reduced the impact of the rising dollar which is traded in caves. “It is an illegal market, with little movement that reacts to the rise or fall, it affects expectations, but not in the functioning of the world of production,” he said.

Blue became a headache already in Cristina Kirchner’s last term and created a difficult dispute in the government. After the departure of Martin Redrad from BCRA, Marco Del Pont took his position and was in charge of conducting stockpiles since 2011. As then, he believes the situation is on time.

“Always in the election phase, these movements happen in alternative markets, and what we maintain is that it is today. The central bank has an absolute back and degrees of freedom to guarantee exchange rate stability, there is no prospect of any shock before or after the election “, Casa Rosada assured.

Meanwhile, the government is making quiet progress. In the automotive sector, they assure that they have started receiving inquiries from the Ministry of Industry to defer payment of imports for 120 days, something they deny from the said agency of the Ministry of Productive Development. In that way, 21,358 million US dollars have already been sent in the first five months of the year.

TOPICS WHICH APPEAR IN THIS NOTE

Maria Eugenia Vidal: “We are the only political force that can balance Congress”

Celebrities, extravagance and design: this is the 2021 edition of the Met Gala in New York

Dollar after STEP: what will happen to the exchange rate, reserves and free odds