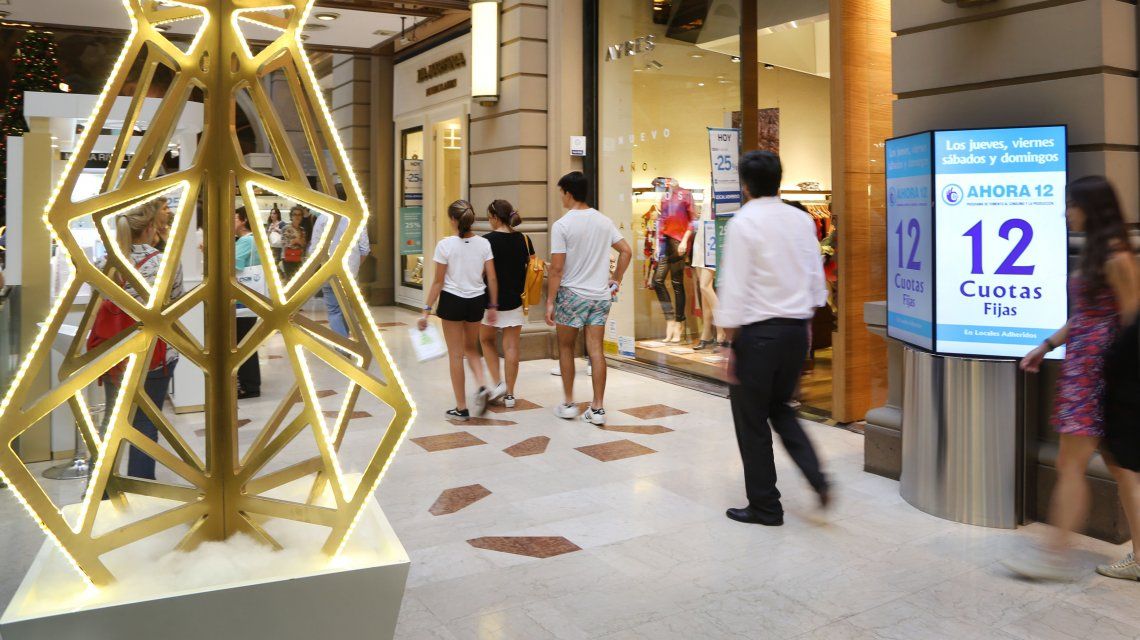 This is clear from the report Argentine Confederation of Medium Enterprises (CAME) by the consultant Focus Market, who analyzed projections of consumer purchases for the festivities at the end of the year, most importantly in retail.

"This date comes with the previous context of a 15% drop in retail sales in November and a 10.1% share of mass consumption (food, drink, cleaning and personal hygiene)," explained the consultant director, Damian Di Pace, in a dialogue with Telam.

In this context, the analyst assured "The retail sector's perspective is slowing down the fall in November and having at least a cash balance this past month of the year, taking into account that sales in December 2017 rose by only 0.7%."

For Di Pace, December is already experiencing important changes in consumption variables compared to November, which takes into account marked the decline in the fall that was determined by cumulative inflation in September and October, the loss of purchasing power of consumers and the limitation of credit card consumption.

"In December, the payment in several bonus and semi-annual bonuses sectors, the inclusion of new joint tranches already agreed for 2018 or for future increases, as well as the slowdown process that is estimated to extend in the past month, appear as an encouraging message. "Said CAME Advisor.

According to a national survey of 7,200 cases, this Christmas, 30% of Argentines will turn to shopping for clothing; 24% toys; 13% of the souvenir shops and 10% of the perfumery, the rest of the items are shifted to the margins of participation less than 4%.

At the moment, it stands out as the lowest segment in Christmas shopping compared to previous years, which is electronics, computing and mobile telephony – with a cumulative fall of 7.2% and 21.8 in November – due to a high average requires in this end of 2018.

"Generally speaking, sales are very strict and it is expected that families will spend more on Saturdays, Sundays and Mondays., due to the fact that this will be the moment of the highest intensity of promotions, discounts and offers in the retail channel, "Di Pace predicts.

In toys you can get a discount of 30% and 6 installments without interest from the contract Argentine Toy Industry Chamber (CAIJ) i Fecoba, while in the market segment such as Mercado Libre or Avenida.com, Some products have discounts up to 30%.

Finally, the survey also highlights the options offered by the Poor Price Program for the purchase of traditional toys, and plans to finance the Ahora 3 and Ahora 6 unmatched rates in clothing, footwear and leather goods.

For its part, the Ministry of Production reported next Monday Shopping for Christmas can be done through the Ahora 12 program, which is usually available from Thursday to Sunday.

"The Ministry of Internal Trade added the Ahora 12 program on Monday, December 24th, so consumers can buy Christmas during that day in the 3rd, 6th, 12th and 18th installments," a statement released today by the Ministry of Production said.