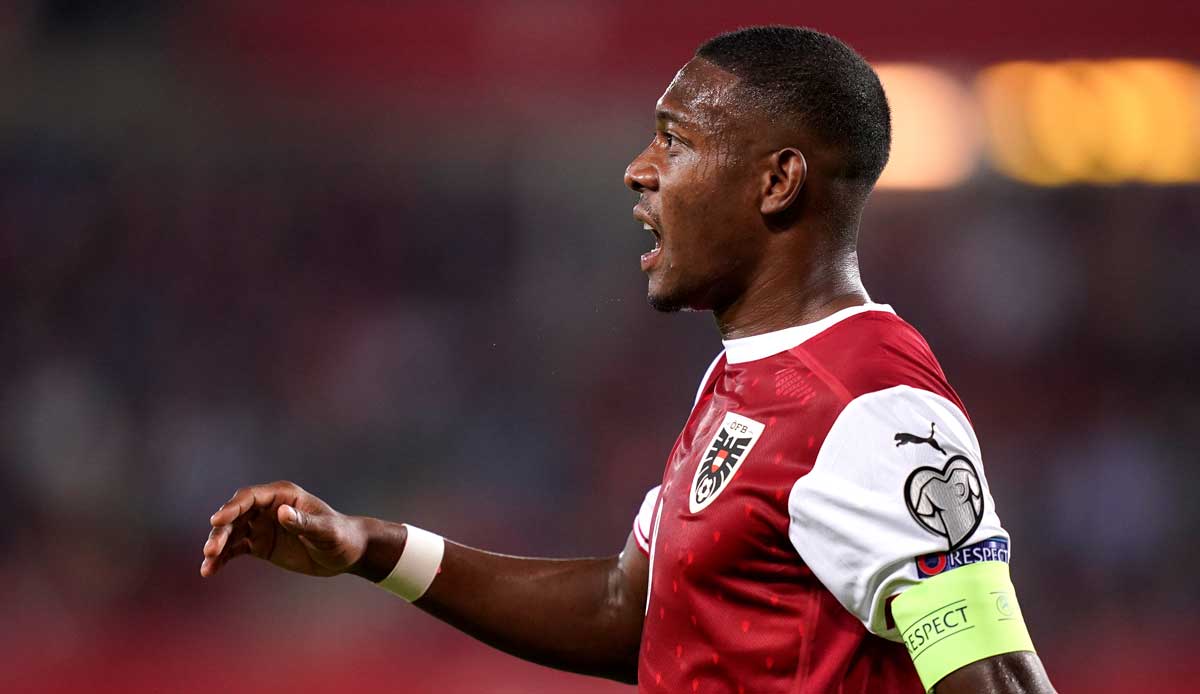 The OFB team will face the league leaders Denmark on the 8th day of the World Cup qualifiers. Here you can follow the game in the ticker live.

This article will be constantly updated. Click here to refresh the page.

Denmark – Austria: Qualifying for the World Cup today in a live match – 1-0

62.: After a direct collision between Kara and Westergaard, the Austrian attacker must be treated for a bleeding wound on his head. Westergaard had a violet on his right eye.

60.: Grull takes a volley from the right side in the penalty area, but Leipzig’s attempt from a sharp angle is blocked by Christensen. Thus, Austria is left without a serious goal in today’s match.

58.: In a parallel match of this group between Israel and Moldova, the hosts now lead 2-0. Former Salzburg striker Dabbur scored the second goal for Israel. In the second parallel match between the Faroe Islands and Scotland, however, it is a bit surprising 0-0.

56.: Danish striker Dolberg, who entered the game just before the break for the sick Damsgaard, now has to treat himself. A Nice striker may have a shoulder injury.

54.: Given the chances so far, Denmark’s lead is of course deserved, as the hosts were the only team tonight that could develop the opportunities.

53 .: Toooooooooooor! DENMARK – Austria 1-0! Maehle transforms icy cold! The Austrians lose the ball in the midfield and win the counter. The ball comes from Delaney to the left of the penalty area to Maehle, who deliberately pushes the skin into the bottom left corner to score 1-0 for the home team.

51.: A good five minutes passed after the restart, and the Danes had the only opportunity so far in the second round through the conclusion of Skov Olsen. Austria still has problems developing opportunities.

48.: Bachmann has to intervene again, the Austrian goalkeeper rejects Skov Olsen’s shot from the right side of the penalty area in the direction of the far corner and would defend Dolberg’s mark. But since the Dane was on the sidelines, the scene was blown up after that anyway.

47.: Austria’s right-back Trimmel received a yellow card after a heavy attack on Maehle.

47.: Both coaches did not make any personal changes during the break and initially trusted their starting lineups.

Half time conclusion: It is still 0-0 in the middle of the World Cup qualifier between Denmark and Austria. As for the game, the hosts were better in the first round and accordingly had more dangerous chances to score. Austria, on the other hand, have trouble finding opportunities on their own, but the OFB team is defending itself at least reasonably solidly.

45.: Referee Kruzliak orders a minute break in the first half.

44.: In Damsgaard, things really don’t go any further, for him, Dolberg is now on the field just before the break.

42.: Danish Damsgaard has indicated to the bank that it may need to be replaced. He seems to be in trouble and Dolberg is already preparing as a possible replacement.

38.: In the stages where the OFB team has the ball things progress too slowly and without emphasis. Thus, the offensive players of the guests cannot even be put in the center of attention, because the ball mostly disappears in the middle of the field.

35.: A good ten minutes before the break, Denmark and Austria are still 0-0. The favored hosts have had better chances so far, but they failed twice because of Bachmann, who responded well. Austria is still a relatively harmless offensive and it is difficult to get rid of the pressure of the Danish team for a long time.

31.: Danski Vass has been dismissed after picking up his first yellow card in the game.

31.: Bachmann parira! The Austrian goalkeeper confidently deflects Damsgaard’s shot from the turn to the left corner with both hands to the side.

30.: A goal has already been scored in the parallel match between Israel and Moldova. Zahavi brought Israel 1: 0, and the Israelis are currently two points ahead of Austria with 13 points.

28.: Trimmel tries from the right half with about 18 meters of distance shot. Maehle consistently blocks the end of the back.

25.: After a free kick from the left side from the half of the field by Alaba, Hinteregger hit his head from about eight meters to the end. He puts the ball about half a meter above the box.

23.: The Danes get the first big opportunity through Skov Olsen. He reaches the ball from the left side at five meters and fails one on one against the stormy Bachmann.

19.: After a cross from the right by Skov Olsen on the far post, Poulsen throws his head into the six-meter frame and puts the ball over the goal. The goal would not count anyway, because the referee punished the offense of the Danish striker in the air duel with Trimmel.

18.: The playful superiority of the Danes can be seen from the statistics. The hosts have owned 54% of the property so far.

15.: Alaba takes over the offensive on the left flank and crosses with the weaker right foot. Kjaer confidently cleans the cross of the Real Star from the danger zone.

11.: Trimmel passes the ball to the right from the half-space simply under suspicion in the direction of the six-yard field. None of his teammates react to this idea of ​​the Union player, so the skin ends up with the Danish guard Schmeichel.

9.: The Danes enlarged the game at the beginning of the match and pushed Austria deep into their half of the game.

5.: Austria could now be dangerous for the first time after Vass punched his opponent Grull in the arm or chest in a duel. Austria therefore has a free kick near the penalty area.

3.: The hosts have taken the initiative in this match against Austria from the very beginning. The Danes should definitely have enough confidence after seven wins from seven games and 26-0 goals in the current World Cup qualifiers.

1st: The ball is rolling!

Before start: The match will be led by referee Ivan Kruzliak from Slovakia.

Before start: The first duel between Austria and Denmark on the third day of the World Cup qualifiers was a clear event for the guests. Denmark won 4-0 on March 31, 2021 at the Ernst Happel Stadium in Vienna. Goals were scored by Skov Olsen (two goals), Maehle and Hoybjerg.

Before start: Austria hosted the Faroe Islands on Saturday night until a 2-0 victory. Laimer and Sabitzer scored goals for the OFB team.

Before start: On the previous day of the World Cup qualifiers, the Danes celebrated a 4-0 sovereign victory away in Moldova. Skov Olsen, Kjaer, Norgaard and Maehle scored a goal for the Danish national team before the break.

Before start: On the table of the qualification group F for the World Cup, after the previous seven games, there are already eleven points between today’s opponents Denmark and Austria.

Before start: The Danes made only one change in the starting lineup compared to the 4-0 victory in Moldova. Westergaard joins the team for Norgaard.

Before start: With the Austrian team, coach Foda changed twice in relation to the 2-0 victory in the Faroe Islands. For Kainza and Onisiva, Poscha and Grulla are allowed to run from the very beginning.

Before start: While Denmark can win the group with a victory, the Austrian national team must bring victory to have a chance to play in the World Cup. Second-placed Scotland must play against the Faroe Islands at the same time. Austria cannot afford to make a mistake in the last three games.

Before start: The match will start at 20:45 in Telia Parken in the capital of Denmark, Copenhagen.

Before start: Greetings and welcome to the qualifications for the World Cup on the 8th day between Austria and Denmark.

You can watch the duel between Denmark and Austria live and in full on free television today ORF1 follow. At 20:15, the public service will start with preliminary reports on the match. Oliver Polzer comments on the game along with Roman Mahlich.

In addition, the duel is also broadcast live on ORF-TVthek. This is available for free.