Ethnic Registration in PSG: "It Would Never Happen", says Jean-Claude Blanc to AFP 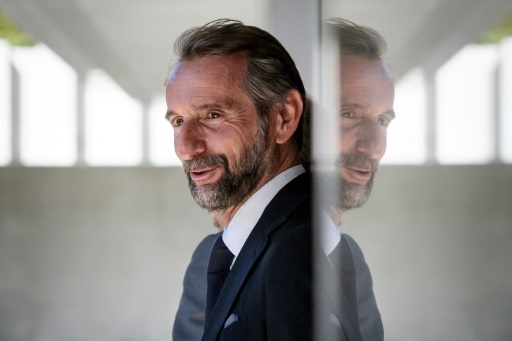 "That would never have happened in the PSG," he complained to AFP Assistant Director General Paris Jean-Claude Blanc in an interview Thursday after the discovery of Football Leaks on the ethnic recruitment of young people screened by the club between 2013 and 2018.

Q: What was your reaction to this list in the PSG?

A: "Against the image, values, ethics that the club has been wearing for a long time, the feeling that we now have the feeling of betraying the magnificent work that every team of the club is doing every day, all employees, issue the daily work of the institution, issue because there is a topic that we thought we can not achieve, well, we are very attacked at this moment, if there is an object close to our heart, it's a fight against all forms of discrimination (…) So discover, there is a month (when PSG journalists are Football Leaks, Ed ) mentioned the ethnicity of the players which was viewed by a small cell, it shocked us and it is absolutely unbearable for us.

Q: What is your President, Nasser Al-Khelaifi?

A: "From the very beginning of the internal investigation, I held it a month ago, in this extremely serious case that hits us … He is also shocked. (…) DNA club is going to get talent regardless of their origin , your religion, your skin color, and if you go to see the formation, the PSG teams, I think we're pretty unusual on it. Now, the personal initiative, in the employment cell in charge of finding talent outside Ile-de-France, has included in its parameters codifying the child's parameter completely unacceptable, this is illegal. We immediately activated it trace ".

Q: (L) Are you disappointed with this former associate, Marc Vesterloppe, who is involved in this file?

A: "When we discover that collaborators are able to reconcile, think, industrialize this distorted vision of the player's origin, we have a sense of failure in employment in the control. Displaced, extremely ambiguous held at a meeting three years ago by the head of this cell (Marc Vesterloppe, editor's note), failed to record industrial parameters for the codification of young people. Moreover, we have not been relieved of responsibility because of what happened inside the club.Within our conviction and what we think d and we do it well, it's a demonstration that we have to do more in education, the rigor in recruiting associates, so that it does not happen again. "

Q: He was invited to a preliminary examination after these "ambiguous" remarks in March 2014, did he then separate from him?

A: "You can be accused of many things, but you have the right to defend yourself." Defended himself, defended himself, talked about his past, the young people who recruited him in the clubs he was in, was shocked by his reactions, and he confirmed us in writing that in no case did he not comment on these comments, we did not have enough information about With these facts, we would go what Mr. Vesterloppe went. We reminded him of the total lack of ambiguity he should have in his remarks and I personally wanted to organize a quick meeting with training managers to recall the recruitment criteria, just for talent, for young people in the PSG. "

Q: Is it possible that club management has ignored the existence of these cards for so long?

A: "The PSG is a team of 700. The employment of young people in Ile-de-France or outside of Il-de-France is really the responsibility of sports management and teams as a sporting direction (at that time Olivier Letang, since becoming president Ren Ren, Ed) The role of the general direction is not to control what different recruitment cells integrate in their own way of observation. Perhaps this is a lack of warning, but never these cards, with these absolutely unbearable criteria, are not updated … (…) In any case, this would never have happened within the PSG. "