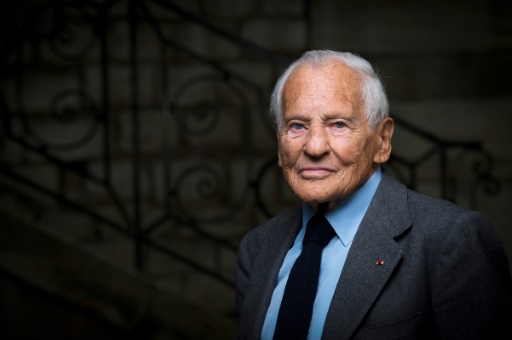 The dying novel of Jean d 'Ormesson will be shown on the occasion of the 37th edition of the Brive Book Fair, which will be held from Friday to Sunday and covered by Prime Minister Edouard Philippe.

The "Endless Hosanna", to be released on November 15, will be read on Saturday at the Theater de Brive, whose grand hall is named for this occasion, the time of the Fair, named after the dead academician on December 5th.

The 37th edition of this event gave Karate a brilliant novelist Delphine de Vigan to highlight the topics of youth and reading, as well as psychiatry. "Fan" Stephen King, she will propose an evening devoted to the American master of a horrible novel.

About 300 authors are expected to be rich in meetings, debates, readings and other animations during the three days, including Amelie Nothomb, Boualem Sansal, David Diop, Olivier Adam, Iann Kueffelec, authors of literature for young people, cartoon authors, etc.

Singer Arthur H and the president of the fair meet during the session "music of the word".

Prime Minister Edouard Philippe, on an official visit to Brive, will visit Saturday afternoon aisles with a program that has not yet been established.