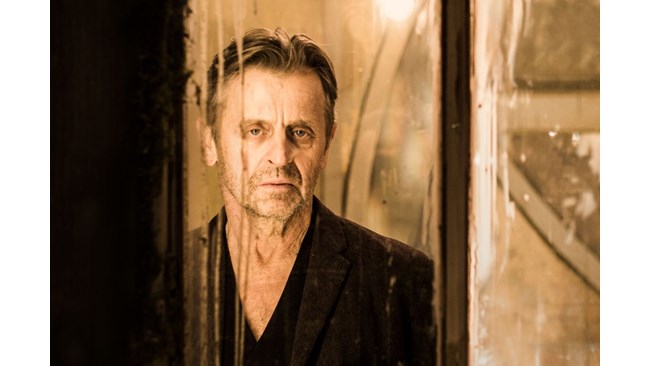 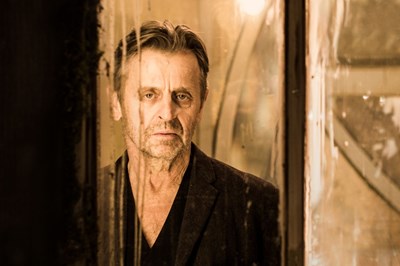 He will play twice from performance of Brodsky / Barishnikov. The director is world famous Alvis Hermanis.

Exclusive ballet dancer and choreographer Mikhail Barishnikov will hold the stage of the Sofia Opera and Ballet on January 19 and 20, the production house "Artichok" announced. "Barishnikov uniquely regains Josef Brodsky's poetry in voice and movement," writes for Vall Street Journal. According to the Financial Times, "The show is hypnotizing melancholy," and director Alvis Hermanis says "what Misha works with a body resembles a kind of spontaneous electricity".

Since 2015, the mono spectacle is going around the world, playing with unceasing success and selling tickets for several hours. "This show is a special moment in my life – the transition from a ballet to a theater," Barisnikov said. The director of the show is Alvis Hermanis. According to his concept, the scene resembles a beautiful winter garden, from which the genius Barisnikov gives a song and prose to his long-time friend from immigrant years in the United States – Joseph Brodsky. In addition to his plastic abilities, Barisnikov surprised with his talent as a drama artist. His influential game adds to the recording of the original voice of the Nobel Laureate of Brodsky.

The performance in Sofia will be played in Russian, and the subtitles are in Bulgarian.

A world-famous ballet dancer, actor and choreographer is one of the most important engines of modern culture. During the 1970s, he managed to escape from the USSR in the United States, and thanks to his talent he achieved phenomenal successes all over the world. His name is located next to the names of famous Rudolph Nureyev and Vaclav Nizinsky. Joseph Brodsky defines him as an unprecedented genius, because Liza Minnelli is a miracle. Today he is 70 years old and does not stop the surprising millions of fans. He works as artistic director of the New York Ballet, runs the American Ballet Theater, plays several shows, films and the cult series Sek and the Citi. In recent years he led the Art Center Barishnikov in Manhattan. He invested a million dollars of personal money and turned the great art space into a true nirvana for artists. "For me, Bulgaria is very expensive," says Barisnikov. According to him, he started his career because in 1966 he participated in the International Ballet Competition – Varna, winning the gold medal in the category of children and adolescents.

The Nobel Prize winner was born on May 24, 1940 in Leningrad (today St. Petersburg). At the beginning of the war, his family was evacuated from the city and returned in 1946. In the ninth grade he left school to earn, work at the factory and at the hospital morgue, traveling with geological expeditions. He began to write songs in 1957, fell into the circle of Anne Akhmatova, but in 1963, because of his lack of constant work, he was charged with torture and sentenced to five years in exile in the Archangel district. The notes from the trial against him are illegally spreading, they are published, and in 1965, thanks to the overlapping of Pastovsky, Tvardovski, Marshak and Ahmatov, they return to Leningrad. That same year, he published his book Songs and Poems in the United States, and in 1970, Descent in the Desert. In Russia (then the USSR) it was not published until 1987. Since 1972, the Soviet authorities have forced him to leave the country emigrated to the United States, a lecturer at the University of Michigan, and later a professor at the Columbia University in New York. In 1987, he was awarded the Nobel Prize for Literature and became the fifth Russian writer (after Bunin, Pasternak, Sokolov and Solzhenitsin) won the prize. In 1990 his Soviet citizenship was renewed, and in 1992 he became an honorary post-laureate of the US Congress. He died on January 28, 1996 in New York, his body was buried in Venice.

Latvian Alvis Hermanis has become one of the most exciting contemporary directors on the European scene. His productions receive worldwide recognition and are looking for the world's heaviest international theater festivals. In 2007, Hermannis received the European Prize for New Theatrical Forms. Since 1997, Hermanis is the artistic director of the New Theater – Riga, where he works on the principle of studying, exploring the possibilities for the development of theater aesthetics. His stylistic language is distinguished by the interweaving of interaction between natural details and different characters, images and symbols of Eastern and Western European culture. Thus, Hermannis continues his consistent interest in seeking new boundaries of reality.

Subscription for printed or electronic "24 hours", as well as for other issues of Media Group Bulgaria.

Elon Musk is worth $ 6.2 billion. dollars

Prof. Dr. Plamen Gatsov: 70,000 Bulgarians die of heart disease every year, here’s how to protect ourselves – Blitz – news from Bulgaria and the world

Twitter has announced major changes in the way it works