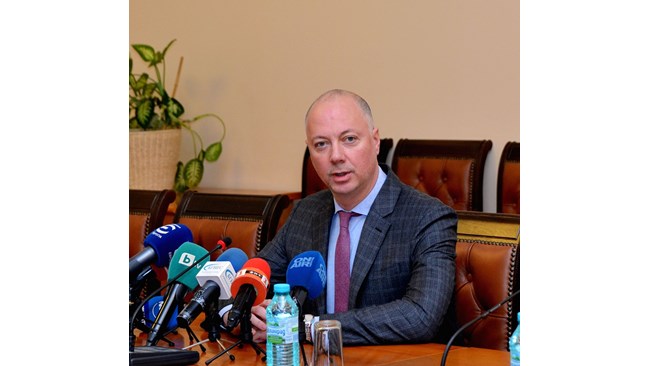 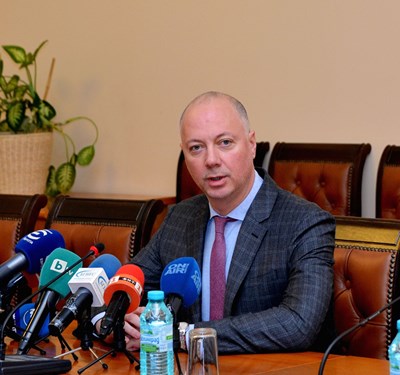 Transport Minister Rossen Zheliazkov speaks to the media why he asked for the resignations of the three board of directors of BDZ.

Minister of Transport Rossen Zheliazkov will decide next week who to accept. Notify and Committee on Transport in Parliament

The mysterious report on the BDZ that has expired in the media, poor communication in the BDZ board of directors and the inability to work in the team, is the reason for the Minister of Transport Rossen Zheliazkov to demand early termination of the management board contracts. That's what I said at the briefing at the Ministry of Transport.

The BDZ Board of Directors is Deputy Minister of Transport Veliki Zančev, which is its chairman, Executive Director Vladimir Vladimirov and Finance Director Philip Alekiev.

According to the data, this mysterious report was at the ministerial table and sent to SANS, but Zeljaskov said he had not seen him. According to the announcements of this report, whose author Vladimirov said that there is no solid and reliable rolling stock, the blame for the state was Deputy Minister Velich Zancev, and the Executive Director was isolated from making important decisions on public procurement.

"I do not know what this report is and that is the specialty in communicating with the holding," said Minister Željžkov. The head of the BDZ Vladimir Vladimirov denied the document sent to SANS.

Zheliazkov recalled that, after being elected Minister of Transport, he had a meeting with the management of the BDZ and the BDZ's managers for passenger transport and BDZ. He was familiar with the current state of the art, repair of rolling stock and the delivery of new units. From the management of the BDZ, he was convinced that there were no indications of problems in companies, except for calls for public procurement for new units and repair of wagons.

Nevertheless, on October 24, the minister appointed an audit in the BDZ, so he first reported in his 24-hour interview. The search for the inspection is to monitor the timetable of the trains, as well as the analysis of the vehicle fleet. This revision still has no results, as it takes 40 days.

The premature termination of the management contract of the BDZ was not an assessment of their work, but an understanding of the minister responsible for the overall committee. "In the coming days I will judge whether to respect – together or individually, each of the requests," the minister said.

By the second week, Zheliazkov will be introduced to the situation and parliamentary committee for traffic.

The Minister specified that no other team was prepared.

The railway said that the tension between Vladimirov and Zancev appeared after the second deputy minister of transport. In the previous project task of Boris, they worked together – one was the director, the other was the boss, and then – the other way around.

24 hours ago, Zancev said that he resigned, the minister had to assess whether it was physically possible to perform the duties of the deputy minister and as a boss on board.

Subscription for printed or electronic "24 hours", as well as for other issues of Media Group Bulgaria.