3 astronauts are returning from the International Space Station 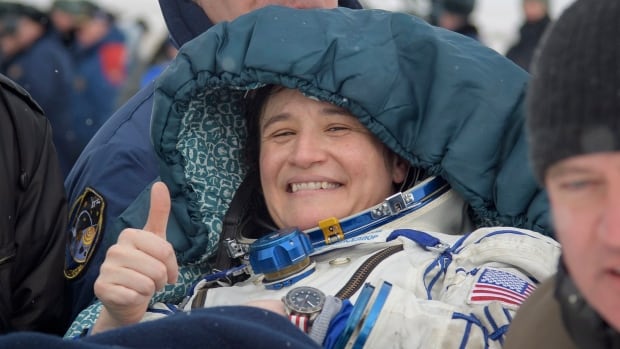 The three astronauts returned to earth on Thursday after more than six months at the International Space Station.

Russian Soiuz capsules with NASA Serena Aunon Chancellor, Russian Sergei Prokopov and German astronaut Alexander Gerst from the European Space Agency landed on the snowstorms in Kazakhstan, about 140 kilometers southeast of the city of Dzezkazgan.

They touched a minute ahead of the schedule at 12:02 pm ET.

The crew worked to feel good. Russian rescue teams in helicopters and off-road vehicles set off to a landing site in order to extract the astronauts from a capsule that was polluted by a massive ride through the atmosphere.

Trio spent 197 days in space. It was the first mission for Aunon-Chancellor and Prokopiev, while Gerst flew every other 362 days into orbit, setting up an ESA's flight record.

Rescue teams helped the crews in their recessed rooms to leave the capsule and initiate an initial medical examination. Astronauts will be taken to the Jazzcang at a short welcome welcome before being taken to their countries for more detailed reviews.

NASA astronaut Anne McClain, Russian Oleg Kononenko and David Saint-Jackues from the Canadian Space Agency, who arrived at the station earlier this month, should remain in orbit until June. 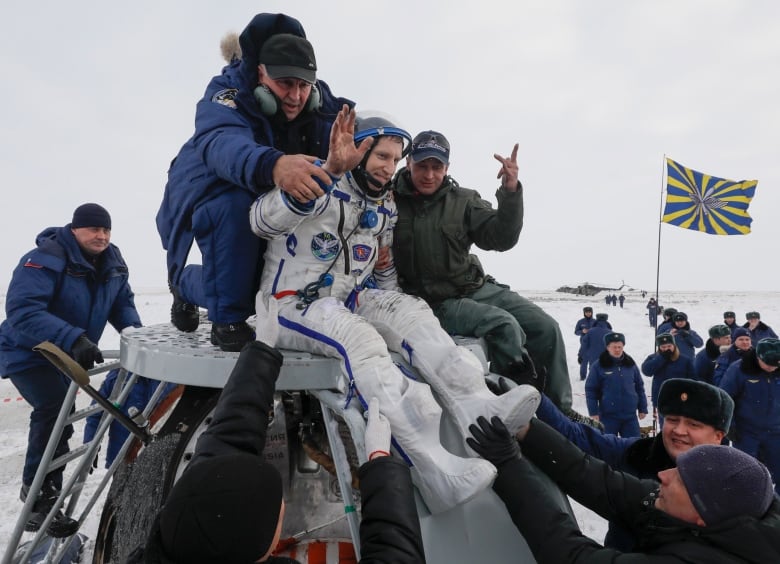 A member of the staff of Prokopov's help comes out of the capsule after landing in a remote area outside the city of Zhezkazgan, formerly known as Dzhezkazgan, Kazakhstan. (Shamil Yumatov / Associated Press)