The victim identified in King and Spade shooting 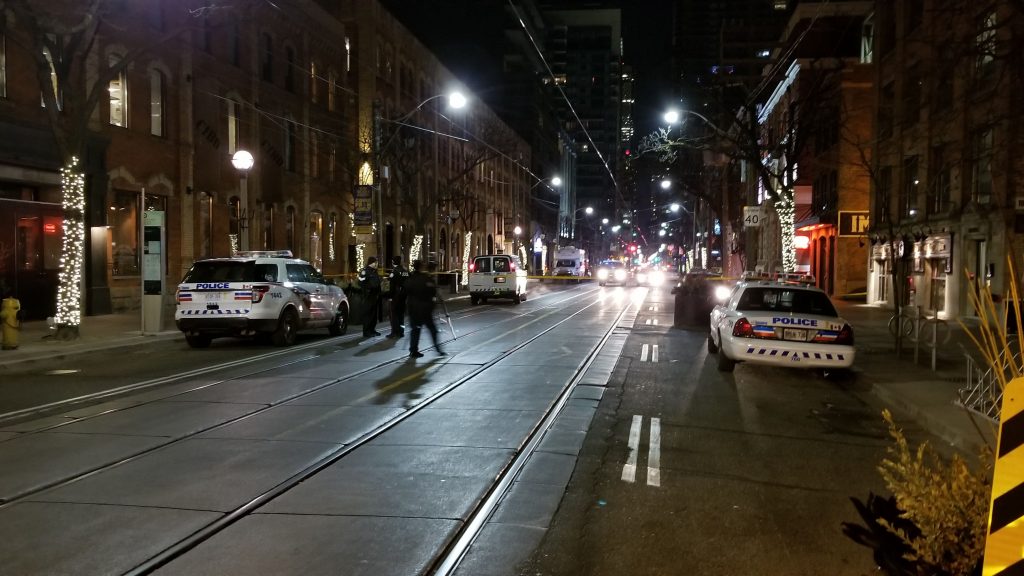 Police in Toronto identified the man who was killed in Toronto on Wednesday.

A 34-year-old man walked with a group of people in King Street Street and Spadina Avenue right after midnight when the suspect approached and shot him several times. He was shot at the hospital, where he died later.

The police have since identified him as Edwin "Chris" Humberto Velaskue of Toronto.

One woman in her twenties, who was walking in the area, was also killed, but her injuries are not life threatening.

The police said the suspect had fled the area in a vehicle believed to be a blue Mazda. The license plate on the vehicle is ATVP 407, but the police say the board is not connected to that vehicle.

Safety car images can be seen below. Click here to see the video about the vehicle.

This latest murder, which was 95 in the city, was among the six shootings that took place all over the city in 24 hours, leaving two people dead and others injured.

Toronto this year had a record number of killings – although the total number includes 10 killed in an offensive in April.

More than half of the 95 murders were shooting.