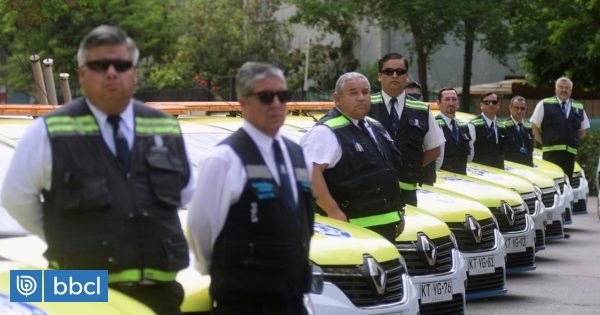 "Furioso" and "Tronador", bronze cannons built between 1771 and 1772 in Lima, silent witnesses of the story, followed President Sebastian Pinera at a ceremony in which he signed the bill to Congress for five public security laws.

The initiatives were collected as a result of the conclusions made by members of the National Security Agreement on July 19, whose panel was composed of representatives of the government, opposition, police and civil society.

150 proposals, out of which 5 applications for processing were withdrawn.

Modernization of the carbine and PDI: The first initiative opens the door to a political authority aimed at having greater control over the functioning of these institutions administratively and operatively.

Therefore, the heads of both institutions will have to submit plans for 8 years. These reports must clearly explain the monthly and annual work in order to be able to award benefits. It is clear that a uniform-stopping measure plundered 27 billion pesos, which happened with scams in Carabineros.

Minister of Internal Affairs and Public Security, Andres Chadvick, explained that in this way it would be possible to have better and greater civic control over both institutions, among other things, "in terms of their resources and systems of management evaluation according to the results that they are getting in relation to the goals and goals which are raised. "

Greater transparency: In order to comply with all of the foregoing, an item of periodical reviews of companies outside the institutions will also be included.

Also, through the institution's website, citizens can report uniformed actions that have acted outside the law or cases of police abuse, which had to be personally executed in the barracks by now.

Weapons Control: This project deals with the change of existing regulations by opening a national re-registration process to determine where 250,000 weapons are currently being found as lost in the records.

But not only that, at the same time, the institution responsible for the control of firearms will be modified, increasing demands for them and, in passing, to exercise more effective control over those who have them.

State intelligence system: The government proposes the establishment of an advisory council for the president who will systematically lead the president of the Republic in related definitions, which also increases efficiency and coordination in order to prevent terrorist attacks or organized crime. Of course, for now, the Executive Director has not given more details about this particular project.

"We need an intelligence community that really predicts, prevents, evades, defeats. In synthesis: I hope to get before exploding bombs, so they do not cause damage, and not only cry for spilled milk when they explode," he stressed president at the presentation of projects on Tuesday.

The role of citizens in public security: Far distance, the most-caught measure: to remove Carabineros from the exclusive power of traffic control.

"It has been agreed that qualified municipal officials can support Carabineros in traffic management and protection of victims of intra-embassy violence, which will enable their cooperation in the aforementioned management, and will also release police human resources in order to have more carabinieri in the streets that protect our citizens" , according to the minutes of the project executed by the Executive Director.

Of course, the mayor of Valparaiso and a member of the national agreement table, leader Jorge Sharp, warned that they need more resources to hire staff. Although he supported the idea, he explained that "The municipality of Valparaiso has only 15 inspectors for 300,000 inhabitants."

"These projects are in the right direction, and we are expecting quick processing in the Congress so that they soon become law and finally have more security in our settlements," said Santiago Mayor Felipe Alessandri (RN).

Regarding the point led by the capital of the capital, Senator Felipe Harboe (PPD) said that although 5 projects can be improved in parliament, they are in any case a contribution.

"It is important that strategic definitions are undertaken by the President of the Republic, so we do not have other acts of corruption or inadequacy that they regret in the future," he said.

In the meantime, Senator Carolina Goic (DC) agreed that, for example, providing new tools to municipalities is a good sign in terms of prevention.

"Municipalities are strengthening their role, and that is the approach that the mayors have given us. We support them in that. I think it helps the beginning of the discussion in parliament," he said.

In appearance, public security proposals received transversal political support, which is why they should have a more expeditious legislative process than other controversial proposals, such as reforming pensions or outsourcing.