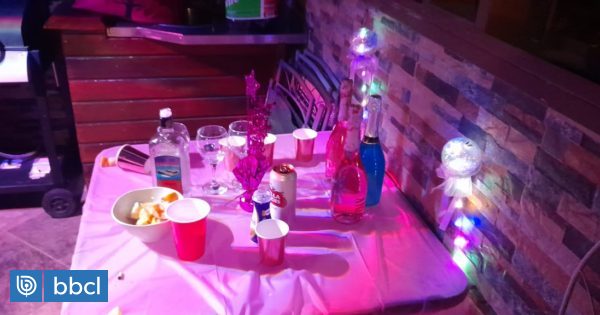 Ten people were arrested for participating in a secret party in Temuc. Among those present were Officer Carabineros and officials from Seremi de Salud and Gendarmerie.

Specifically, the meeting was held at Villa Los Naranjos, west of the regional capital La Araucania.

After 5 p.m., Carabineros staff from the Eighth Temuco Police Station showed up at the scene, surprising people in flagrante delicto.

The prefect of the services of the prefecture of Cautin, Gabriel Ortega, confirmed the presence of officers Carabineros from the area of ​​public order control, as well as officials of the Gendarmerie and staff from the Health Seremija.

All detainees were transferred to the Eighth Temuko Police Station, where he is They are awaiting appropriate arrest control.

This fact comes just hours after a mass party in the same commune confirmed the investigation and amid a steady increase in coronavirus cases in La Araucania. According to the updated balance, 600 new covid-19 infections and 5 deaths were registered in the last 24 hours.

Therefore, there is a possibility that the charges will be dropped at the end of the investigation The accused should NOT be found guilty until Justice sentences him.
(Article 04 of the Criminal Procedure Code)