"Send me the memories of the laughter I need": Diego Rivarola laughed at the alleged fear of Colo Colo | Soccer 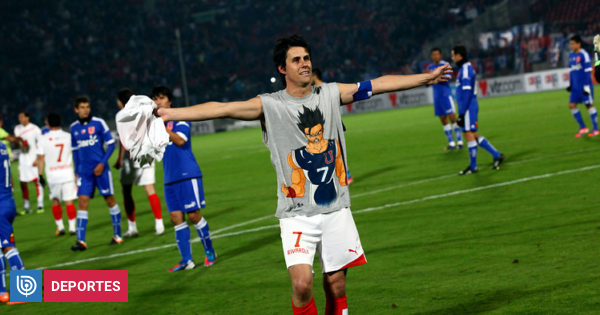 Javier Valdes I Agents One

Goalkeeper University of Chile, Johnny Herrera, He went to clarify the words of his technician, Argentine Frank Dario Kudelka, who after resigning stated that the "romantic passenger" scared Kolo Kolo.

"In U there is an institutional fear when hit by Monumental with Colo Colo," he said.

After these statements, the blue target responded that Kudelka was "in and living", she must say it with little support. From my place, Obviously, there is no fear of Colo Colo. I had to go with U, and apart from this last time, which usually did not go well.

These words of the Argentine coach did not go unnoticed in the University of Chile's environment, and three referral institutions went to joke with this alleged fear.

It's about Diego Rivarola, who through his Twitter account uploads a picture beside Rafael Olarra i Sergio Bernabe Vargas, ridiculing Kudelkin's words.

"They speak out of fear !!!!" Jiajaiah sends the memories of the laughter I need! ", wrote a blue former leader.