Home / chile / Whistleblower in the cathedral: "All I seek is truth and justice"

Whistleblower in the cathedral: "All I seek is truth and justice" 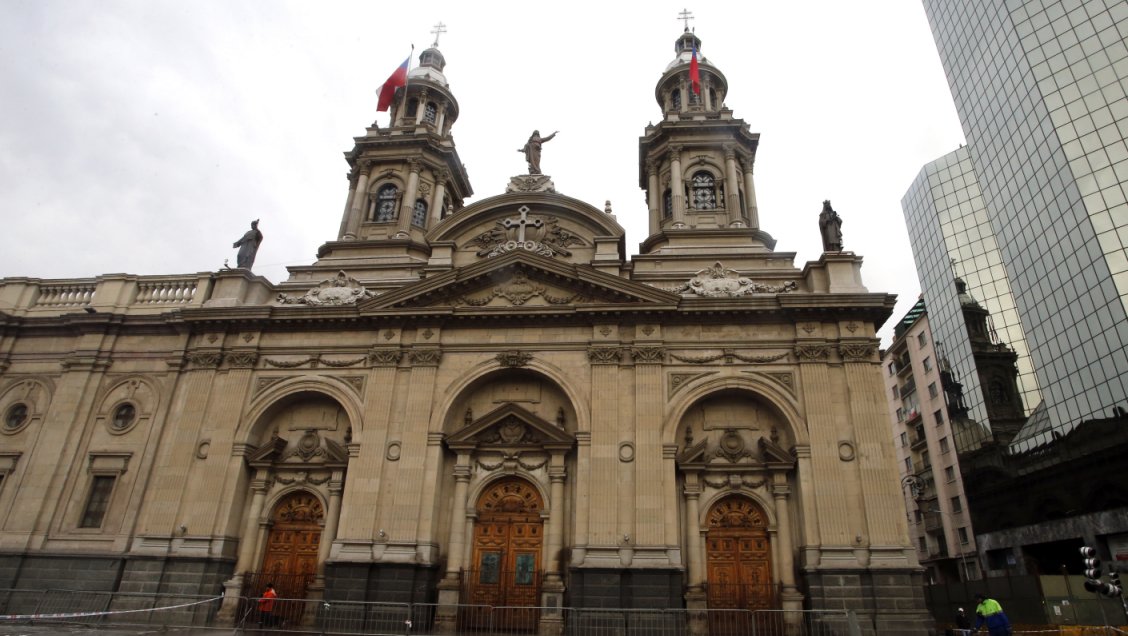 The complainant was a victim rape in the Santiago cathedral for the first time they were talking about the facts and convinced that everything they were looking for "truth and justice".

Daniel Rojas Alvarez, 43, currently lives on the streets of Santiago and He does not have a criminal record. He's divorced and has three children.

In the channel report 24 Hours He described in detail the fact that he was living in 2015, when he was "raped in a cathedral in Santiago in his forties, I was going to find a cure for my daughter, in these years it's hard to believe that this has happened to me."

"I draw strength from weakness to talk to you, but I do it because I want truth and justice. No more and that blows come, prejudices come because I already have prejudice. The prejudice that they are on the street, many people who like to continue to make firewood. By the prejudice of the winter in that bank, he started counting.

"I do not need to pay a ticket to meet Pope, nor to be in the best hotel in Rome, I'm not looking for millions here, I only seek truth and justice"he expressed anxiety."

According to his detailed report, a priest was present Tito Rivera who would take him to the room on the second floor of the room where he gave him a glass of water. After that, he began to feel bad.

"He comes and pulls out like a cross, some rings, and leaves them at the top of the table he goes against me and I did not have the strength. It's hard to believe. He began to abuse me, lowered the closing, he began to play me first. He opened my legs, lowered the zipper, and then threw it on me, I got up and it was difficult because I could not move or I wanted to defend myself"I wanted to move this hand to put it on my forehead, to remove it and I can not," he said in a rough story.

"I started to cry, despair, terrible frustration to be in that situation, totally vulnerable, where that person sees it drops a zipper and suddenly begins to love my penis, and I'm losing mobility more and more …) I was not 13, I was not a minor. I could hit him, but my body did not react to me, I felt like a pig"he said excitedly to tears.

"Suddenly she dropped the slippers, opened the nightstand, took out some of the Vaseline and started throwing it into the anus and sitting on me." In the end she ended up in the navel. These are things that to this day do not allow me to sleep at nighthe added.

The role of Ezzati

According to the story of Rojas Alvarez, on March 18 of the same year, days after the situation, he sent his father to River Pastoral Appeals Office, which led to Preliminary research by priest Francis Valker.

There was another conviction that had arrived at the post office of the Church of the Year 2012On the same day the priest committed suicide Rodrigo Allende who was accused of sexually abusing.

According to Roosevelt Alvarez, when he saw that the investigation was not progressing, he went to talk with the cardinal Ricardo Ezzati which they acknowledged several days a week.

"I started to admit what happened to me on the second floor, why I came to that second floor, I told him what happened to my daughter and what my father Tito Rivera did to me. there, inside the confessional, he begins to speak the same thing, not to speak to anyone. Then it repeats again, but out of confession. "At this moment it is in God's hands that God will judge," he said.

"He tells me:"I will give you little help, but promise me that you will not tell anyone, because we will start helping you for something& # 39; I said, "ok". And he sent me help, an account of 20 thousand pesos and another 10 thousand pesos"he explained.

The investigation also gave a report on the staff and priests of the cathedral who said that Father Rivera had repeatedly raised young people and assistants into the bedroom where Royas Alvarez was taken away. One of the officials also stated that he was The room used by the priest was unclean.

The lawyer of the priest Tito Rivera also spoke to him 24 Hours and he categorically denied Roosevelt's statement.

Sandra Pinto He stated that this was "not possibleEven if you see Father Titus, he has no power, there is no way he can be imposed on a man who is today 41, 42 years old. As far as I understand, the complaint is from March 2015, when the father was already in very bad conditions. In fact, the father certainly spent about five years to get in and out of hospitalization easily.

In addition, he questioned the truthfulness of Royce's statement, asserting it "effectively" The person who is defined in a street situation, poor, are usually people who have several mental problems. If the church court considered it to be convincing, it was because he had a complaint to this man, which was quite persistent.

However, according to 24 Hours, the Psychological expertise performed by PDI has shown anxiety and depression symptoms associated with experience. According to the police, Daniel Rojas has the necessary skills to declare and they rejected that the psychological damages react to the simulation process in order to gain a certain benefit.

Of course, the lawyer admitted that Rivera's father had "homosexual behavior".

"It can be defined as a person who has had some homosexual and heterosexual behavior like the great majority of priests, for the rest, "he said.