The world of science fiction reacts to plagiarism “Essays on the Galaxy Award”: Author’s search for updated sentences failed to find-Viewpoint · Observation-cnBeta.COM

Recently, readers discovered the essay of the “No Scientists” Galactic Award from the world in February 2021 (Li Kingzhi) that it is plagiarism in the whole text. It was originally an article “Heavy Truck” in the collection of Stephen King. short stories “Night Watch”.On February 23, Science Fiction World issued an apology stating that the manuscript fee and qualification for the work had been canceled.

On February 23, “World of Science Fiction” issued a statement of apology

On the afternoon of February 24, Science Fiction World publicly responded to plagiarism on Weib, explaining why the editor failed to detect plagiarism during the review phase: plagiarists often select parts of the original text, transcribe, wash, and even “Editing can only judge according to personal reading experience. At the same time, literary works also differ from academic works. There is no fixed database and it is difficult to “check for duplicates” of academic significance.

“Science Fiction World” stated that it made the decision never to review and never publish all acts of plagiarism. On this issue, The Paper interviewed Chi Hui, executive deputy editor-in-chief of Science Fiction World, who said: “This work alone is a work with a certain translation emphasis, so for the first time it has the characteristics of receiving a manuscript on review. It was checked by search engines. But because the author updated all the sentences, the search engine could not find out. Plagiarized works replace the original background and gender of the characters

Stephen King, who was plagiarized by Li Kingzhi, has the titles “King of Contemporary Thriller Novels” and “Master of Popular Fiction”. Based on his works, there are more than 70 films and TV shows, including “The Shining” and “Shawshank. Redemption” and so on.

Plagiarism author Li Kingzhi has less public information. According to media reports, many of the works were published in the journal “Science Fiction without Existence” sponsored by the “Directorate for Future Affairs”. Reports show that Li Qingji’s “Long Future” published in “No Science Fiction” in September 2020 was also confirmed to plagiarize Stephen King’s “Sound of the Night.” There is also a copy of his contribution from Stephen King’s “Killing Machine”.

“After the magazine was published, some readers pointed out that the work was suspected of being plagiarized, but since the original text was very difficult to find on the Internet, he could not submit the original text. So, the editor and some enthusiastic science fiction fans spent about a week with Stephen. · Gin’s works were counted, and the collection of short stories “Night Watch” was initially locked. Later, science fiction fans provided an original translation into English and Chinese, which was finally established as “Heavy Truck.” Chi Hui said.

On February 22, a network user who claimed that Li Kingzhi, the author of “No Master”, apologized to Baidu Tiebi, stating that the time of creation of “No Master” was a year earlier and that the setting was applied. “At the time, my own definition of plagiarism was a bit vague. The review was late last year and was scheduled for early this year. In fact, there was a lot of time during this period. During this period, I realized this problem, too. but luckily I didn’t contact the editor. The authors were always killed in the third trial, which also shows that my personal level isn’t really that high. “

He said that he accepts all accusations and criticisms, “I will probably not write science fiction in the future.”

After the media revealed the incident with plagiarism, it provoked fierce public opinion, and one of the hotspots was: Why didn’t the editor find plagiarism and publish this plagiarized work? Chi Hui told The Paper that, unlike Stephen King’s original work, “No Master” renewed the sentence, changed the gender of the characters and changed several European and American car brands and American place names in the text to Chinese car brands and place names. and added Love Elements and other plot descriptions, so the editor didn’t find out for the first time. “But the novel uses the complete plot of the original story, including the transition phase, the transition phase, the climax and the end of the action.

Science fiction writer “Baoshu” commented on Weibo and hoped that the industry would take it seriously when it encounters plagiarism, instead of denying or underestimating it. “Those who are serious about plagiarism should not be criticized and ridiculed as negative examples. 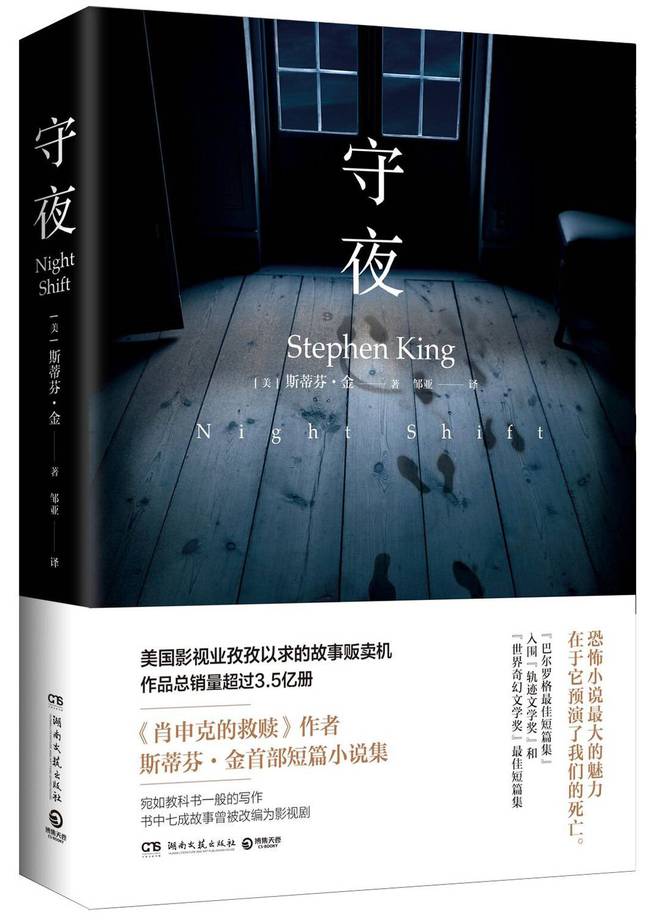 There are four types of plagiarism “hard hit”

Is this an isolated case in the applications received by “Sci-Fi World”? Chi Hui said that similar reports of plagiarism are not uncommon, and cases of plagiarism are mainly concentrated in: 1. famous literary works, 2. famous film and television animations and cartoons, 3. popular online books, 4. classic public editions .

Among them, the most affected are the plagiarism of well-known works and the transfer of literature via the Internet to magazines. The first is relatively easy to recognize (for example, plagiarism “Attacks on a giant”), while the average quality of the others is not high, and is usually shown in the preliminary review phase. After passing the preliminary examination. Papers will be reviewed by search engines during the second trial. At this stage, more characteristic sentences will be selected and duplicated in the search engine. “However, since literary works are copyrighted, there is currently no adequate system for checking duplicates and only search engines can be used. However, search engine investigations cannot find works that have transcribed sentences.” Chi Hui said.

After going through these two processes, we will focus on researching some works whose language style is not common and whose conversation with the author is obviously inconsistent.

Vuzhu also accepted a third investigation, including questioning the author and providing information regarding the intellectual property. “At the time, the author claimed that his inspiration came from driving without a driver. It was completely original. ”Chi Hui introduced.

She said that in the initial communication, the author of “No Master” stated that she knew that “No Master” was plagiarism, but that there was a mentality of coincidence, so she did not inform. But in communication, I insisted on claiming that the other works I submitted were original. After the editor discovered that other reported papers had been plagiarized, he did not respond to any further information.

After the author submits his manuscript to the Galaxy Award for Papers column in the world of science fiction, he will conduct a formal procedure of three reviews and three checks to determine whether he meets the standards of publication or after returning the manuscript and revised, finally published. After that, it will enter the process of evaluating the Galaxy Awards next year, including “readers’ audition (online voting) – the editorial board nominates based on the voting results – review – final review”.

In recent years, with the profound development of intellectual property such as the “Three Bodies”, science fiction literature has received increasing attention. According to Chi Hui, science fiction literature basically does not limit the “genre concept”. Such as time travel, artificial intelligence, quantum mechanics, aliens, robots, etc. All of these topics are open and different writers will interpret them differently.

In her opinion, the main difficulty in creating is actually how to write short, short enough for authors in the age of the Internet to have the patience to read. And how to write for a long time, so long that readers can continue to read. These two types of pages are relatively small in the era of book publishing.

When the Galaxy Awards were announced last year, the “Best Novel Award” was vacant, and many of the winners were authors with a high reputation in the industry. Does that mean that the rise of newcomers in science fiction has become harder and harder? In this regard, Chi Hui believes that after the films “Three Bodies” and “Wandering Earth”, excellent newcomers appear every year in the number of dozens of people.

“The share of famous writers is high” is actually a misunderstanding, because the Galaxy Award was “first published and then evaluated”, so many new authors have already gained popularity in magazines and become “famous authors” by publishing their works. So in my intuition I feel that “the share of famous writers is higher”, but in fact, they all grew quickly in 2-3 years.

“Science fiction was originally literature that ‘opened the door’. It allows readers to see a different world and gain new experience. This is also the original intention of awarding the Galaxy Awards. In recent years, the main trend in the works of the Galaxy Awards is more. The authors are committed to building a ladder from normal life to a sea of ​​stars, so that everyone can step up and see different landscapes. “