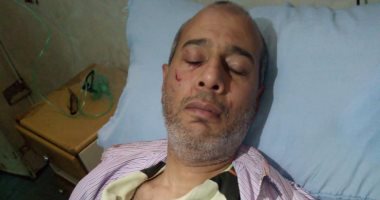 The general union of doctors said on Sunday that dr. Imad Saied Mohammed, an internist at the Bulak El Dakrour General Hospital in the reception department, attacked Sunday morning. .

The union added, in a statement: Suddenly, the patient was ill and beaten a doctor, causing wounds to his face and keeping his body and suffered some sugar, where the doctor suffers from diabetes and is currently in intensive care at the hospital .

The medical union immediately moved to Giza and sent trade union lawyers to attend the doctor and monitor the record.