Exiles of illegal aliens have increased by 20% in 2018, according to Castaner 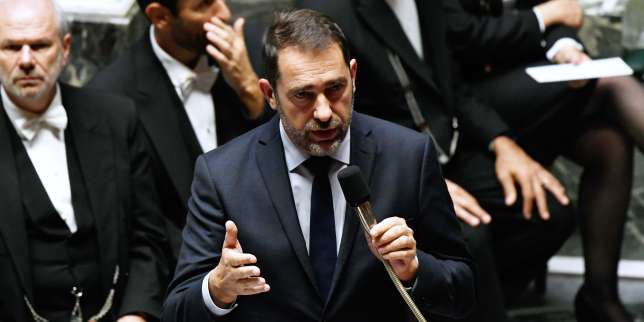 "Entering the office of this government marked a milestone" in the fight against illegal immigration, the interior minister argued.

Interior Minister Christophe Castaner told the National Assembly on Tuesday (November 6th) that the deportation of illegal aliens increased in 2018. "Entering the function of this government marked the milestone" in the fight against illegal immigration, "With a clear recovery recovery", he claims, during the presentation of the budget for immigration from 2019.


Five questions on the right to asylum

"After an increase of 14% in 2017, this year we see a new increase of 20% of foreigners who leave the national territory when they do not have the right of residence"he continued. According to the General Directorate for Aliens in France, in 2017, there were 14,859 forcible removal.

"I support stricter procedures and stronger applications [des obligations de quitter le territoire]is the message I went through and that I will systematically go through the entire chain of decisions "said Castaner.

Accompanied by his predecessor, Place Beauvau, Gerard Collomb, the law on immigration asylum came into force in mid-September, after sparking vigorous debates, even in the ranks of the majority. Its aim is to reduce the time required to examine the asylum application and to better control irregular immigration.


"Our challenge is to treat asylum claims in Europe"

The text aims to reduce the processing of asylum applications for six months, against eleven at the beginning of the year, in order to ease the expulsion of rejected and refugee receivers. It also extends the maximum duration of detention from 45 to 90 days and facilitates the removal of certain categories of refusals.

The executive court assessed the previous law, developed shortly before the top-level migration of 2015, which is sub-calibrated for arrivals – more than 100,000 asylum applications in 2017, 17% – which absorbs the reception structures.

"To boost this dynamic [des éloignements], additional resources are needed »Castaner said on Tuesday. "From October 2017, 200 places CRA [centres de rétention administrative] were [ajoutées] " and for 2019. a "Investment plan" in these centers, EUR 48 million is planned.

It is expected that the draft budget for the integration of immigration and asylum, adopted in the first reading by members of parliament, will increase by 13% on a similar basis, reaching 1.58 billion euros.


The state wants to accommodate 86% of asylum seekers by 2020

He spoke Christophe Castaner, who in the middle of October succeeded Gerard Collomb "Increasing our integration policy" for those who legally come to France, with "EUR 89 million additional funds" in 2019. It is planned to double the number of French lessons, civic education and strengthen support for professional integration.