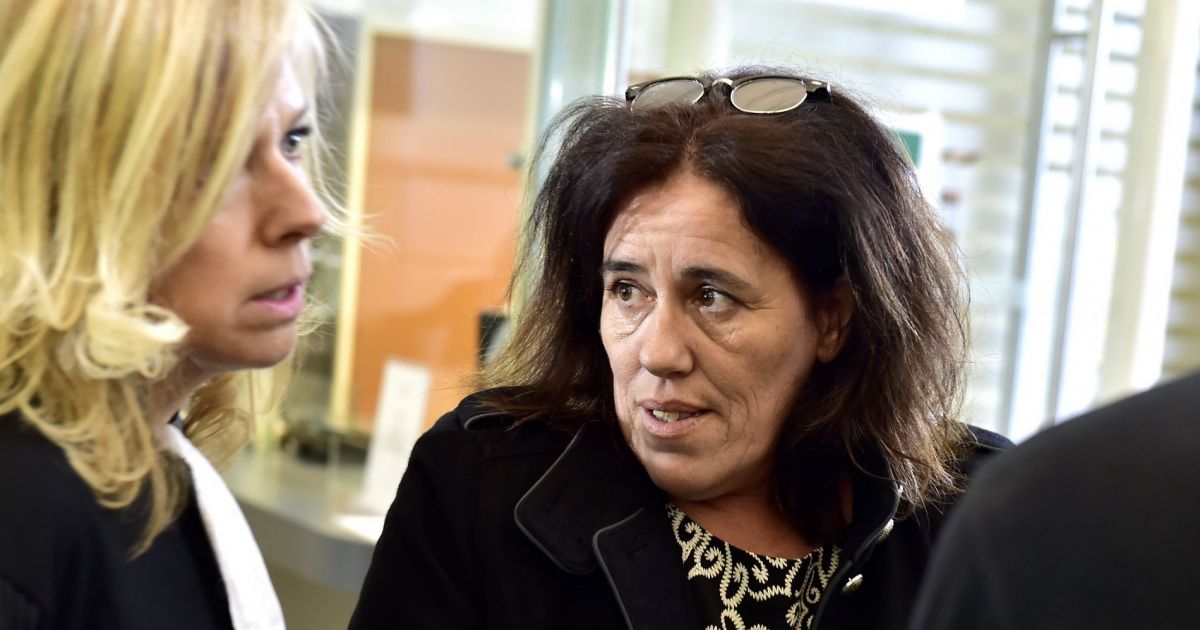 Until then, the nature of the relationship between Rosa Maria Da Cruz and her husband, Domingos Alves, has remained difficult to understand. Always together, in fact, in September 2017, they returned the custody of their first three children. They are currently at home with their aunts.

Interrupted by the drunken day of Serena's disclosure in the Peugeot 307's boot of his mother, a man said he had been informed of his daughter's detention. After being prosecuted in the case, he finally used the release.

How did Serena's mother hide in a lie?

At the beginning of the afternoon of the second day of the hearing, he appeared in a wheelchair courthouse. He is currently hospitalized for leg injury. Accompanied by a French-Portuguese interpreter, he, in spite of himself, painted his portrait, as did his couple, during a heavy exchange with the court.

"She is a good mother, good for children"

The fact, he repeated what he said during the investigation: he did not know anything until the discovery of the child, he thought that the stink that escaped from the vehicle came from wet carpet, no matter what changed them. With his short sentences and shadows, he said that his wife "bought" while she went to work, she approved the question of whether she was taking care.

Among the civic parties, Maitre Isabelle Faure-Roche, representing Social Assistance for Children, asked whether he had forgiven the accused, whom he still lives with. The man rely on strange pragmatism.

Lawyer Marie Grimaud (Innocence at Risk), who asked her how the defendant, his wife, before the trial, responded: "I do not know." It is difficult to discover the nature of this man's emotions. Does he take his response? Again, it's hard to decide. On the defense side, Christele Chassagne-Delpech did not charge him. He talked about fishing and football who likes to practice with his boys, concluding on Serena:

"I would like to meet her, I care about her, and I salute her like other children."

Called by civil parties to respond to the testimony of her husband, Rosa Maria Da Cruz advanced to the bar. With the questions of Marie Grimaud, the couple Da Cruz-Alves gave more details about their physiognomy. What does this relationship represent for the accused?

"I think there are feelings that are present, both of us are present, he was upset today, he was not in his normal state, issues that he did not understand."

"He forgot to say that you love yourself, what," Marie Grimaud revived. Rosa Maria Da Cruz accepted "yes".

A few minutes later, Isabelle Faure-Roche took over the quotation of Domingos Alves's remarks in court: "Your spouse has said that if you wanted to hurt him, you would have killed a baby earlier." Obviously, one of the defendants' brothers said during the investigation. She replied: "People think, I can not control my thoughts." And then she had that sentence:

"I thank the good God that I do not hurt him."

Rosa Maria Da Cruz, listening to her words and meaning in the context of this court, suffered tears.

"Will she say that everything is fine"?

Then, Rodolp Kostantino, who represents the Childhood and Sharing Association, took the microphone and clung to her. Gently, at the height of the emotion that suddenly seized the court, he spoke of the "complicated moments" the couple had displaced. Domingos Alves "moves to loyalty," on his side "a little cavalry", "drink", a house of couples who "never stops building" while they were supposed to take the job.

As the case was dissolved, the lawyer leaned over to the accused to detain him, in order to try to understand the couple who shook the court in front of the court.

"When I hear and when I hear, I feel that there is a will to always say that everything is fine, I want to say: you would be the only one." For this man, ma'am, despite the almost unconditional love you have for him, is it really time Do you want it? "

He opened the door. Rosa Maria Da Cruz predicted the threshold: "I blame him for not having a presence. He grew up in a family in Portugal where men are a macho, so they love their excursions for them.

"We were happy until Serena was born"

Earlier in court, Domingos Alves said: "We were happy, we are no longer satisfied." The defense attorney delivered these words to his client.

In the midst of problems relating to denying pregnancy or examining terminology of autism, and even if the trial is infinitely complex, Rosa Maria Da Cruz says to her lawyer: "He replied that it was because of me, Serena, she is disabled today because of me."

“I am satisfied with the team’s performance, even if it is not perfect” – Supporters of PSG Canal

VIDEO – Vaccination explained by the attack on Titan

Nice and Dunkirk closed, MPs demanding the reopening of the restaurant

The craze around GameStop continues