Now, the UP district of Faizabad will be renamed Aiodhia; CM Aditianath calls it "the symbol of pride" 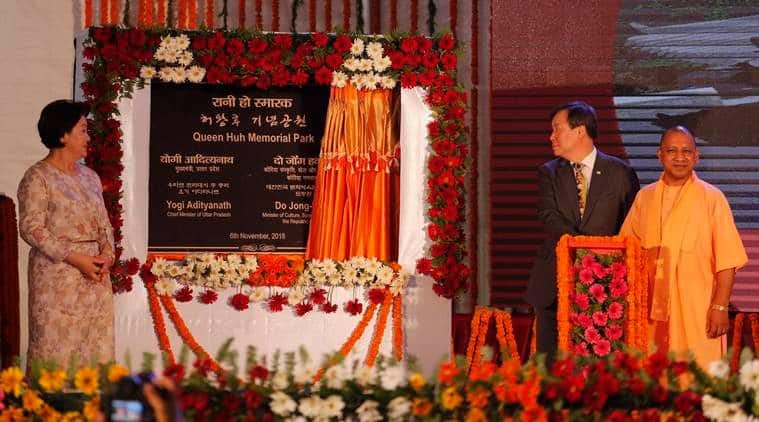 Three weeks after the Uttar Pradesh government, led by the BJP, renamed Allahabad as Praiagra, Chief Minister Yogi Aditianath announced on Tuesday that the Faizabad area would now be known as Aiodhia. "Aiodhia is a symbol of our" aan, baan aur shan "(honor, pride and prestige)," said the capital city of the pilgrims, about 120 km from the capital of Lucknova.

"Nobody can do injustice to Ajodhia," he said, adding that the holy city was identified by Lord Ram. He spoke on the occasion of Deepotsav in Divali Ev. In addition, CM Aditianath has announced the establishment of a medical college in the name of King Dashrath, the father of Lord Rama, in the district and airport that will be named after Ram.

He also took the opportunity to criticize previous governments. "The former ministers have never been accustomed to visiting Aiodhia, so far I have come six times," the chief minister added. According to PTI, he also heard part of the crowd of mantras "Mandir ka nirman karao" (build a temple).

It was widely expected that CM Aditianath would announce the construction of a 151 meter statue of Ram on the Sari River. However, there was no such publication. This time the Divali's celebrations are held at Aiodhia in the middle of the growing choir in the party and Sangh Parivara for the construction of a temple in Ramjanmabhoomi through a decree.

The first South Korea Kim Jung-sook arrived in Aiodhia to attend the Divlji svečanosti in the city and began her tour by offering a gift at the Queen of Heo Memorial. She visited the site, along with CM Aditianath, and attended the ceremony of upgrading and beautifying the monument dedicated to the legendary princess Aiodhia who went to Korea.

After that, she went to the shores of the Sari River to welcome artists who carried Lord Ram and the Sith Lord, who arrived at Ram Katha Park in a ceremonial helicopter within Ram Durbar. Kim was dressed up by "Sita" as they descended from the helicopter, and Governor Uttar Pradesh Ram Naik and Aditianath greeted Lord Ram and Lakman, guarding them.

Kim's solo visit to India, which began on November 4th, is again interested in the legendary princess married to the Korean king.
According to the Korean legend, Princess Aiodhia went to Korea in the 48th year and married Kim King Suro. A large number of Koreans follow their origins to this legendary princess, known as Queen Heo Hwang-ok.

An agreement on the Queen's Suriratne Memorial Project was signed, which facilitates the upgrade and expansion of an existing monument mentioning Princess Suriratna (Queen Hur Hwang-ok).

For all the latest Indian news, download the Indian Express application