Die Rothen is back on the road to victory 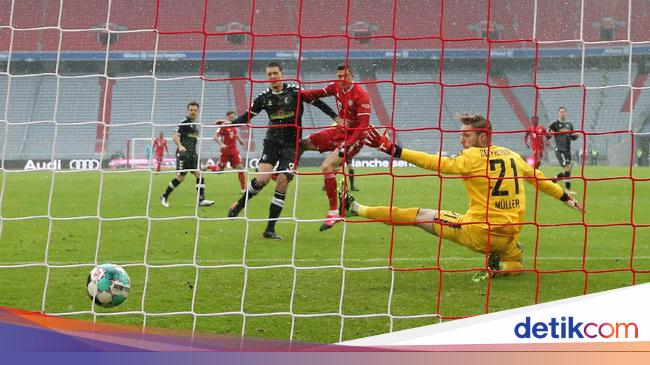 The defender of the Bundesliga champions, Bayern Munich, broke a series of defeats on the home front. Freiburg’s fun in the league continued, Bayern narrowly won 2-1.

In the match at the Allianz Arena on Sunday (17/1/2021), Bayern started well by scoring a quick goal through Robert Lewandowski. The advantage lasted until the end of the first half.

After the restart, Freiburg responded via Nils Petersen. Before Thomas Mueller made sure Die Roten took the full points after scoring his team’s second goal.

With this result, Bayern returned to winning ways after being beaten by Borussia Moenchenglabach in the 15th week, and then eliminated early in the DFB-Pokal.

Bayern is still comfortably at the top of the German league table with 36 points, moving away from the closest rival RB Leipzig with 32 points. Meanwhile, Freiburg is ranked eighth after collecting 23 points.

Bayern got off to a good start. The penalty was made after the Freiburg player touched Joshua Kimmich’s striking ball. However, the referee did not consider that the handball was violated after being examined through the VAR.

Goal! Lewandowski scored the opener for 1: 0 in the seventh minute.

Starting with the attack from the left wing, which was managed by Serge Gnabri, Thomas Mueller went to Lewandowski, who easily hit straight from close range.

Bayern twice missed a golden opportunity to add their goal. Jerome Boateng’s accurate shot points to Lewandowski near the post, but fails to reach the ball. Next, Mueller’s low cross shot from the left slipped into the far post, but Benjamin Pavard’s header missed.

The first half was defended with a 1-0 advantage by Bayern. At the beginning of the second half, Lewandowski’s shot from close range hit the Freiburg crossbar, then goalkeeper Florian Mueller blocked Leon Goretzka’s shot which used the rebound.

In the midst of Bayern’s onslaught, Freiburg equalized in the 63rd minute. The position is now balanced 1-1.

Nicolas Hofler heads a corner for the far post, which ends with a shot by Nils Petersen. Manuel Neuer cleared the ball in the top corner, but Freiburg’s goal was still valid because he crossed the goal line.

Kingsley Coman sent a cross from Leroy Sane in front of the goal. Mueller hit the ball into the bottom corner of Freiburg’s goal with a light but precise shot.

After scoring the second goal, Bayern was increasingly aggressive in adding their goals. Sane’s curves outsmart Freiburg’s defense, but his settlement can still be kept by Florian Mueller.

During the injury, Freiburg caused problems for Bayern. Petersen’s shot hits the Bayern crossbar, and then Hofler’s shot from the left is still out of the box.