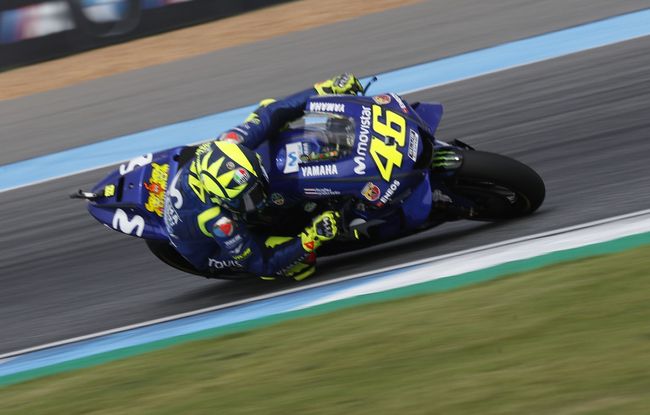 Jakarta, CNN Indonesia – Valentino Rossi claims he can not distinguish a new machine being tested with the team Iamaha at the test session MotoGP Valencia, on November 20 and 21 in Ricardo Tormo Circuit.

Rossi finished the training the other day in ninth place or fell six places compared to the training on Tuesday (11/20). While his team-mate Maverick Vinales was first in the list of best records.

The Starter Runner considered it a jump because of the competition that engineered the engine faster. While for motor jobs, Rossi estimated that there was no difference between the machines used in the first and second days of the exercise.

"We could have developed in relation to yesterday, but unfortunately our opponents could develop more. With new tires, our performance was not bad, but after several rounds we fought and our speed was not good," Rossi said.

"The most important thing is to try another engine that will be used next year, we tried it in a row, but there is not much difference, so our performance is more or less the same. Today's machine is very similar to yesterday's engine," he added.

After completing a test session in Valencia, Rossi and Yamaha will again test the engine that will be used next season on the Jerez circuit on November 28 and 29.

After training in Jerez, Rossi and Yamaha will soon decide which engine will be used in MotoGP 2019.

"The test in Jerez is very important, because at the time of the race last May we were not fast enough, so we had to make sure we were fast," Rossi said.

As for the existence of the third engine to be tested for the next season, Rossi claimed that he did not know that.

"We still have time for others, but I do not know plans for Yamaha, if there is a new engine now or in February, they can bring something better," Rossi said. (nv / bac)