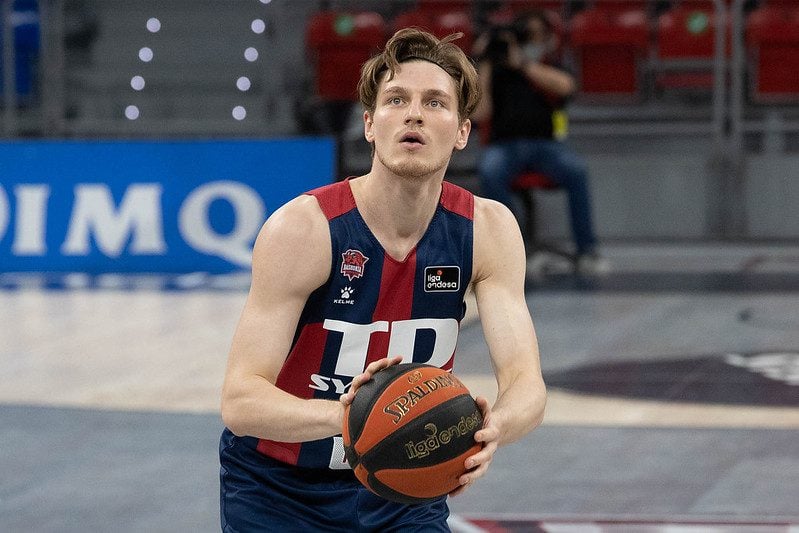 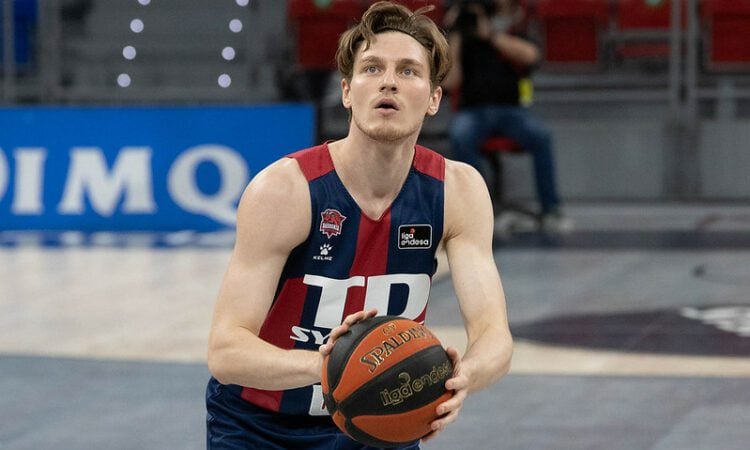 Latvian basketball player Arturs Kurucs team of Vitoria “Baskonia” celebrated the victory in the game of the fourth round of the ULEB Euroleague on Thursday.

At the away field, Baskonia overcame Berlin’s Alba with the result 80:76 (21:15, 31:14, 10:18, 18:29). At the beginning of the second half, the club Vitoria had an advantage of as many as 27 points, but the home team came closer with a few breakthroughs and in the last minutes the two teams scored only four points. “Baskonia” kept the lead and won.

Kurucs played in the second quarter, spending six minutes and 25 seconds on the boards, during which he made one inaccurate long-distance shot, once successfully passed, intercepted one ball and once broke the rules. Basconia’s scorer with 17 points was Simone Fonteccio, 15 points and six assists for Jason Granger, and ten points for Matthew Costello. Luka Sikma had 19 points, eight rebounds and seven breakthroughs in the Alba team, but Oscars da Silva scored 15 points and six balls under the baskets.

The first defeat from Wilberban’s ASVEL unit was made by Tel Aviv’s “Maccabi Plaitika”, which beat the guests with the result 93:85 (25:21, 24:21, 26:20, 18:23). In the Maccabi team, James Nanali stood out with 25 points, Jane Reynolds scored 17 points, and Scotland Wilbeckin and Keenen Evans scored 13 points each. Elijah Okobo scored 23 points for the home team, and Chris Jones 14 points.

Meanwhile, the third success of the season was Zenit from St. Petersburg, which beat Bayern Munich 79:71 (31:16, 12:19, 11:25, 25:11) in front of their spectators. In the ranks of “Zenith”, Jordan Mickey scored 18 points, Alec Poitres had 14, and Conner Frankenk had 12 points. Bayern was defeated by the individual success of Deran Hillard and Corie Walden, with 24 and 20 points, respectively, plus seven assists and eight induced breakthroughs.

This season, ten countries with 18 teams are represented in the Euroleague, which is the same as the previous season. The teams will play the tournament in two rounds, and the eight best will enter the playoffs. The Euroleague champion will be determined in Berlin, where the final four tournament will be held.

Last season, the champion was Istanbul’s “Anadolu Efes”, which beat “Barcelona” in the final.