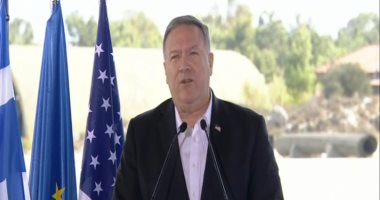 U.S. Secretary of State Mike Pompeo revealed, in an interview with Al Arabia, that there are Arab countries that will join the peace agreements with Israel, suggesting that Washington will continue its efforts for peace in the region.

U.S. Secretary of State Mike Pompeo confirmed that U.S. policy toward Israel will continue in the coming weeks in the same direction it maintained during the reign of President Donald Trump, with the latter’s departure from the White House approaching..

And the Israeli newspaper “Jerusalem Post” considered that Pompe’s statements, during his interview with the newspaper and published on their website, hinted at further measures that the US administration would announce in the coming weeks regarding Israel, the day after it announced that it was producing from Israel in illegal settlements on the occupied West Bank and exported to the United States will be classified as “Made in Israel” and that Washington will consider the BDS movement calling for a boycott of Israel an anti-Semitic organization and will cancel any material support of any party associated with the movement.

Google has released Chrome 88 for privacy and security control

“Emergencies in the hospital” … Ziad Aswad’s question to the Minister of Health!

WhatsApp is suspending controversial updates to its data policies