Everyone is unanimous about the upcoming changes in the financing of highly qualified athletes, and the only one who had to support and speak on the side of the opposition, Virgilius Alekna, was not invited because he was late for the board meeting.

The Minister of Education, Science and Sports, Jurgita Šiugždiene, who briefly visited the forum, admitted that the chosen day for discussion was very inappropriate for politicians, who had a lot of work to do on this day.

Wednesday in the Sejm is the day when its members work at board meetings, which should not be missed – the patronage was received by the Deputy Minister of Education, Science and Sports Linas Obcarskas, who participated here from the beginning to the end.

There were only a few in the stands of other politicians.

PHOTO GALLERY. Conference on the future of sport.

The country’s Olympians and LTOK leaders are most concerned about the upcoming funding reform, which is expected to be adopted as early as 2022 or 2023 at the latest. Seimas intends to adopt amendments to the Law on Lotteries and Gambling Tax, after which LTOK will no longer receive direct support from the lottery company Olifeja, which it manages.

It is now proposed that the support previously provided by Olifeja be transferred to LTOK and only then distributed to the sport. In this way, LTOK would lose most of its budget – last year it was 9.9 million. After the reform, the number would be reduced to 3.5 million. In that case, says LTOK, athletes would no longer be able to pay scholarships.

So far, they have lived on two sources of money – in addition to the LTOK scholarship, they also received state funds. True, the state scholarship did not have any social guarantees that the scholarship awards to LTOK.

This is one of the main points of debate, and although the reform promises to increase funding for Olympians and highly skilled athletes, they lack clarity and fear that they will eventually lose most of their funding and be left to fend for themselves.

Another extremely sensitive issue, which has been arising since 2017. – lack of clear structure and system. That year, the Lithuanian Olympic Sports Center (LOSC) was abolished. Doctors worked here and athletes, coaches and others could always contact them.

After the reform, after the abolition of LOSC, it was decided to divide the money and give more responsibilities to the federations themselves, but according to LTOK and the athletes who support it, the federations do not cope with that and their level of readiness has suffered.

“Sport runs downhill at high speed. I don’t know if it is worth further developing this model and giving even more responsibilities to the federations that are already having a hard time managing it, “said cyclist Simona Krupeckaite.

“It was wrong to demolish everything according to the bulldozer principle. The mastery of the coaches has suddenly dropped, their knowledge is below the levels “, said V. strongly. Kidikas.

“It is important to understand that working with athletes is not easy. The doctor must be present for a long time, only then will the athlete feel confident.

As a realist, I don’t see many prospects and I think we will have big challenges in the future. The work is leveled practically to zero “, – D. Barkauskas sees no light after the destruction of LOSC.

Minister of Education, Science and Sports J. Shiugzhdiniene and Deputy Minister Obscark admitted that mistakes had been made in destroying the LOSC.

“We know that LOSC has been abolished. Many federations have faced too serious challenges. Federations that have a million. budgets of up to a billion euros can be sorted out. Smaller federations may not be able to do that.

We have identified that and we are thinking about solving it, “admitted L. Obcarskas.

In his reply, D. Gudzinevičiute calculated that there are only four federations in Lithuania with a budget of 1 million. euros.

“It’s something we expected. And for LOSC, the reform is complete, but not complete. She is half peeled, half shaved. You have to move forward, there may be fears, but you want to drive them away. Funding will only increase and will go to Olympic sports. I think that it is normal for the financing to go through the state “, said J. Shiugzhdiniene. 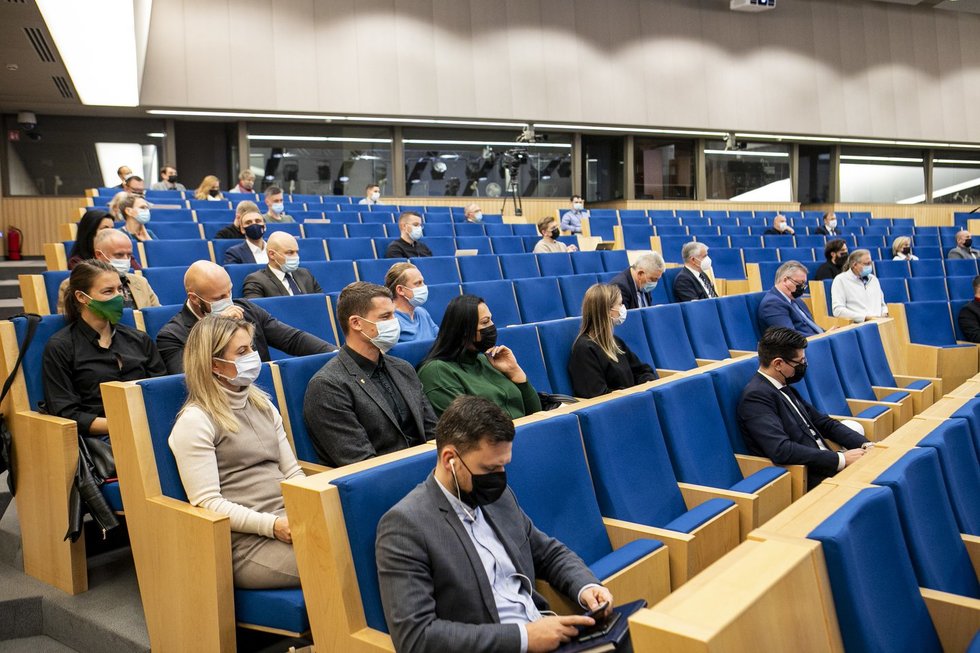 They also tried to convince the athletes of another worrying thing: the states transferred their support only at the beginning of spring, when money for camps and preparations is needed throughout the year.

“It’s something we expected. Funds arrive to athletes abnormally late, so we have to change that pattern. We see real possibilities for that “, promised L. Obcarskas.

None of the participants in the discussion claimed that the decisions made by the state bring sports and LTOK closer to destruction, but they missed the discussion the most.

“I hear a lot of promises again, I want them to turn into real work now. Remembering in 2012, when we were returning from the Games in London, one of the first to talk about the problems of sports, that we have no basis, no funding, no common understanding of what sport is and great mastery. Nine years have passed, I haven’t heard from each other and our sport has surely reached the bottom.

The whole system is not working well, it is a pity that we have people in the Sejm who are doing this reform without consulting the sports community. We want to be heard and finally get up from the bottom “, said L. Asadauskaite-Zadneprovskiene, which was the only one to bring a medal to Lithuania from the Games in Tokyo in the summer. 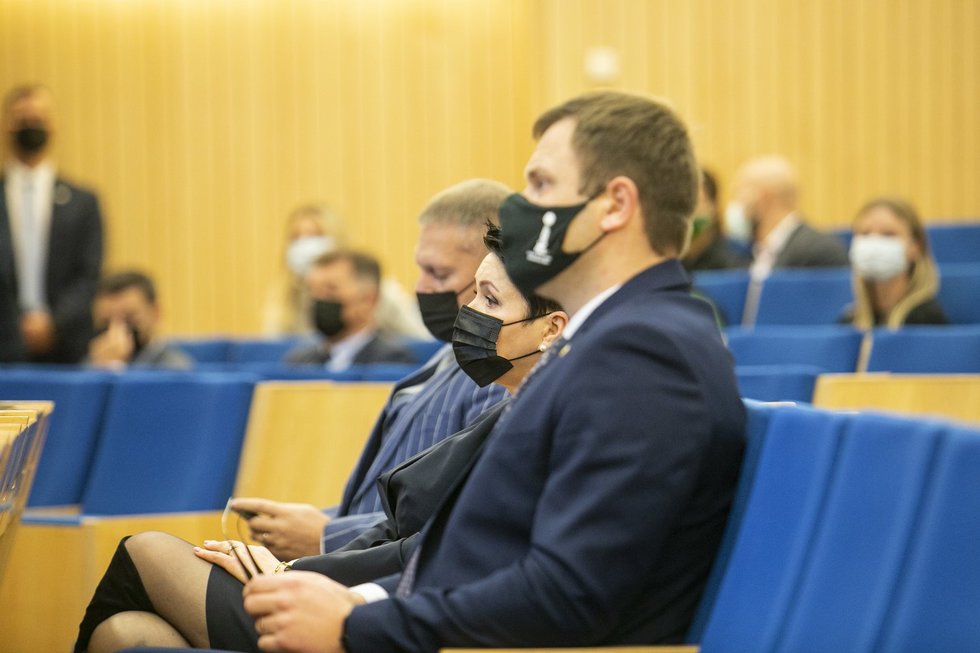 Mr. Bilius spoke very emotionally, stating on several occasions that amendments to the financing of sports would destroy sports for people with disabilities, and almost begged everyone to forget their anger, shake hands and start a discussion.

What worries him most, like many others, is not the reform itself, but the lack of clarity – politicians promise more funds, but do not make it clear what it will look like.

“There are many questions and zero answers. We can adapt that model, but we need to think about how the money will be distributed. “Maybe the project is not bad, but we have to figure out how that support will reach us,” said M. Bilius.

According to L. Obcarskas, considerations on the funding model are currently being discussed with LTOK itself, and for that purpose a specially created group with high skills has been created, which is trying to find answers to all questions concerning athletes.

Doctor: The PCR test does not “break through the brain”, but certain sensations should worry you