Nijole Narmontaite became the star of the evening: it was supported by a team of well-known actors 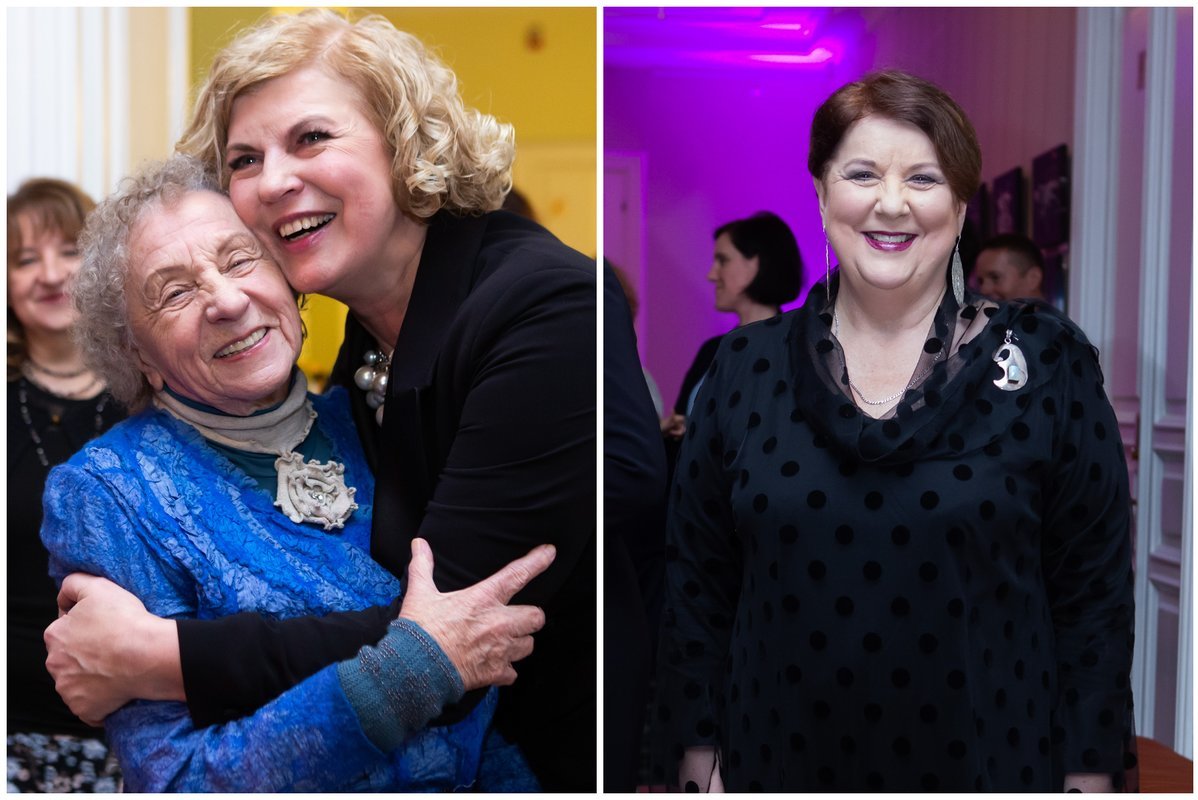 On Monday night, the legendary Lithuanian film, television and theater actress Nijole Narmontaite called for a book by the author on a mysterious backdrop. This is the fourth book by "Actors, artists and stage workers. What viewers have not seen".

The focus of the book is on invisible theater parties – workers on the scene, whose works are often left unnoticed and not fully appreciated.

According to the authors, the latest book is the opposite of the one in the life itself, so readers will find tears and laughter to talk about stories.

"If there are miracles on earth, then they go to the theater" – once said by the famous Russian actor and director Konstantin Stanislavski. There are many extraordinary events happening in the theater – this can be confirmed in Nijole Narmontaite's book, the latest actress Nihole Narmontaite, "Actors, artists and stage workers. What the viewers have not seen." The author of the publishing house "Alma littera" with humor and irony speaks not only of the life stories of actors, but also reveals the colorful characters of invisible theater people.

"I have written many conversations with people of different fates, life philosophies and characters, but the most successful stories can be considered those stories in which the interlocutors are brave and do not give up on themselves. After all, the ability to laugh at one another is one of the strongest men quality, "said the actress who already presented the fourth book.

According to N. Narmontaite, the latest part of the series "What the audience did not see" is controversial as life itself. In this book, readers will find tears and loud laughs. The author remembers that the very idea of ​​filming these stories was born behind the scenes when he heard the witty thoughts of his colleagues: "I've always wondered why no one has ever made such funny stories yet? Why not talk about the life of the theater through the prism of playfulness and irony?"

The actress reveals that there are so many people to talk about to write books for many years. Nevertheless, in his last book, the author shares the names of well-known actors such as Kestutis Alchauskis, Laris Kalpokaite, Algirdas Latenas, Vitautas Paukste, Giedrius Savickas, Ineta Stasiulite, Antanas Venckus and other stories.

"From my conversations with my colleagues, the beautiful and deep etudes of each of them were born. I wanted to discover how such miraculous artists appeared, to understand the moment when they visited the sound of the performance," N. asked. Narmontaite.

Of course, the actress says that the book also focuses on the invisible side of the theater – its specific term for clothing and stage performers, whose work often remains unrecognizable and completely underestimated.

"I call these heroes big theaters, they do not like the joy of performing performances, do not enjoy the applause and the proper gratitude, so this time I wanted to draw attention to those who stayed on the stage and thanks for the love of the theater," says the actor .

Despite the purpose of the honorable book, a famous actress who does not feel humorous in his life, and in his works reveals that he loses positivity in contemporary theater. According to N. Narmontaite, today's theater creates a history viewer, often gives it a pessimistic one and does not give a chance to separate from the gray daily routine.

Of course, such performances are necessary, but the theater is easy for me, so it would be desirable to have as much light as possible. I want the theater environment, actors and performances to inspire people and give them hope ", – says N. Narmontaite.

Nijole Narmontaite – a famous actress and writer of the Lithuanian theater, film, television. He is nominated for Golden Stage Cross awards as the best drama actress. For almost four decades, N. Narmontaite demonstrated his acting skills in the Šiauliai Drama Theater, the National Drama Theater in Kaunas, the Lithuanian National Drama Theater and played various television films and series. She wrote and published four parts of the series "What did not see the audience".