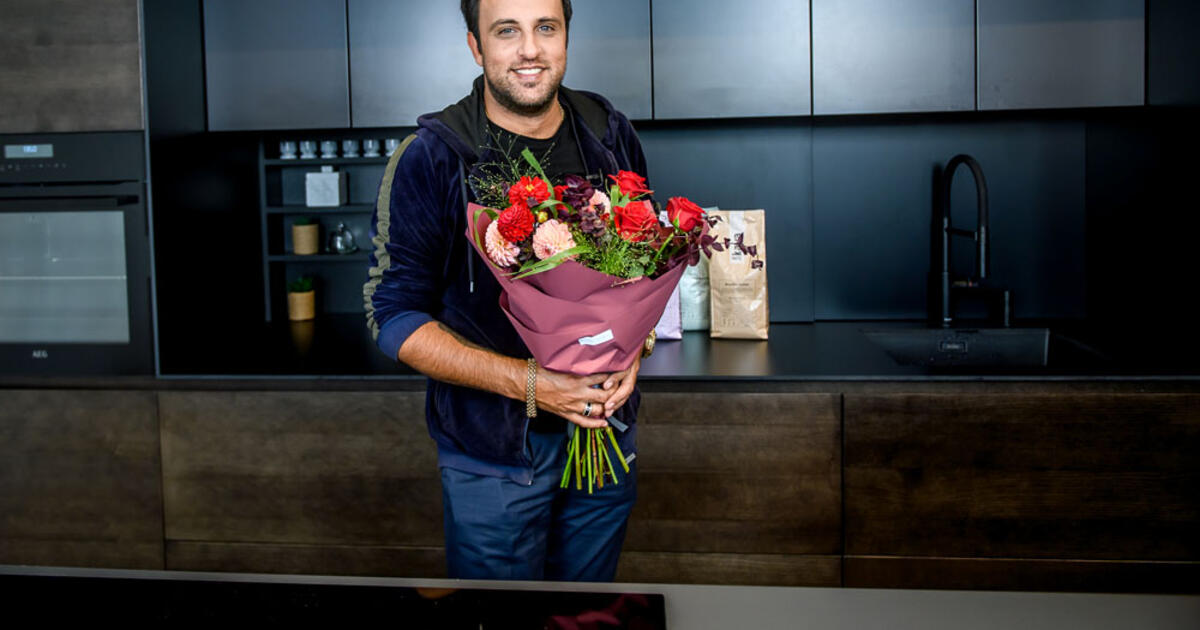 This was also the case at the filming of the TV3 culinary show “Kitchen Stories”, where the hosts told Ilona Juciuta the most interesting stories about her kitchen and home. Raji will not only discover that he has a culinary degree and what his favorite dishes are, but also who makes his coffee in the morning.

As every Saturday, the most open conversations with the most interesting Lithuanians will take place in the culinary show studio created by kitchen furniture experts VOKE-III.

This time, the infectious laughter of the singer Raji will be heard in the studio of the show, and until the performer communicates with the host of the show I. Juciute, Baking guru Robertas Svetlauskas will cook in a Kamado Bono grill BBK ribs and Cabbage salad salad.

In the studio, the conversation with the performer will start with a cup of coffee. When asked by the host if anyone is making coffee for him on Saturday morning, the interlocutor, without losing his characteristic wit, will not hesitate to answer: “Yes. Produced by Raji.

The same morning conversation will take place in the same open and cheerful spirit. Remembering the difficult period of quarantine that Raji had to go through in Panevezys with his mother Vidas, the presenter will reveal the recipe for the success of the winner of the recently completed reality show “Big Show Bubble”.

“I feel great after the victory. There was no particular strategy, but I believed I could win. Faith pays off. What does this mean for me? In this show, I checked to see if I was having fun with myself and the people around me.

People quickly distinguish what you are in reality and what you are on stage. People who play in people are not interested in life. You have to be your own. Most may not succeed, but I did. It can be said that the secret of success is openness and honesty “, says Raji.

When asked by the host whether the victory added fame to reality and how he protected himself from fans who carry not only flowers, but also lard or eggs, Raji openly admitted: “I don’t think about it. Sure, maybe the younger generation learned more about me, but something hasn’t changed much. And I always set a limit with the fans. I accept everyone as they are. “

The famous performer will admit that, like many famous people, he had the so-called star disease. True, the latter did not last long, because the young performer as a rug was built on the site … his mother Vidos.

“When I was 18, I got the so-called” star disease “, but very briefly. I was appointed by mother Vida. As soon as I arrived in Panevezys, she immediately “lowered” me to the ground. They said: “You came here and saw a star. Just close the door and sit on the armchair “, Raji will remember his mother’s strict upbringing.

When the conversation turns to her mother Vidas and her fantastically prepared dishes, the presenter will also be reminded of Raja’s culinary occupation and find out what dishes the interlocutor caresses for her mother in order to allow her to relax from the routine and take a break from cooking.

“I have a culinary degree, but it is better to take my mother somewhere to eat than to make it myself. Kitchen at home – Mother Vida’s area. He doesn’t like when I start mastering the kitchen, angry that I can’t do something like that, squirt. My job is just to make coffee, wash the dishes and tidy everything up, “says Raji.

When asked what can be most surprising about what he made himself, Raji will answer without thinking: “I eat everything except milk-free soup. Even now, just thinking about that movie on milk soup, it immediately becomes bad … ”

However, in a completely different mood, Raji will be in the grill of the show “Kitchen History” R. Svetlauskas meet a long-cooked dish – grilled ribs with cabbage salad.

“The recipe is fantastic, I really wouldn’t know how to make it,” Raji will say as he tastes a sophisticated dish and add with a smile that breakfast is wonderful and life is great.

You will find out what delicious gifts Raji received from fans, what he likes to eat the most and why a man’s culinary diploma is dusty in the closet this Saturday, at 10 am on TV3 “Kuhinjske price”!

Doctor: The PCR test does not “break through the brain”, but certain sensations should worry you