The message of the presidency: There is news with the hope that the peak of the pandemic is already behind us 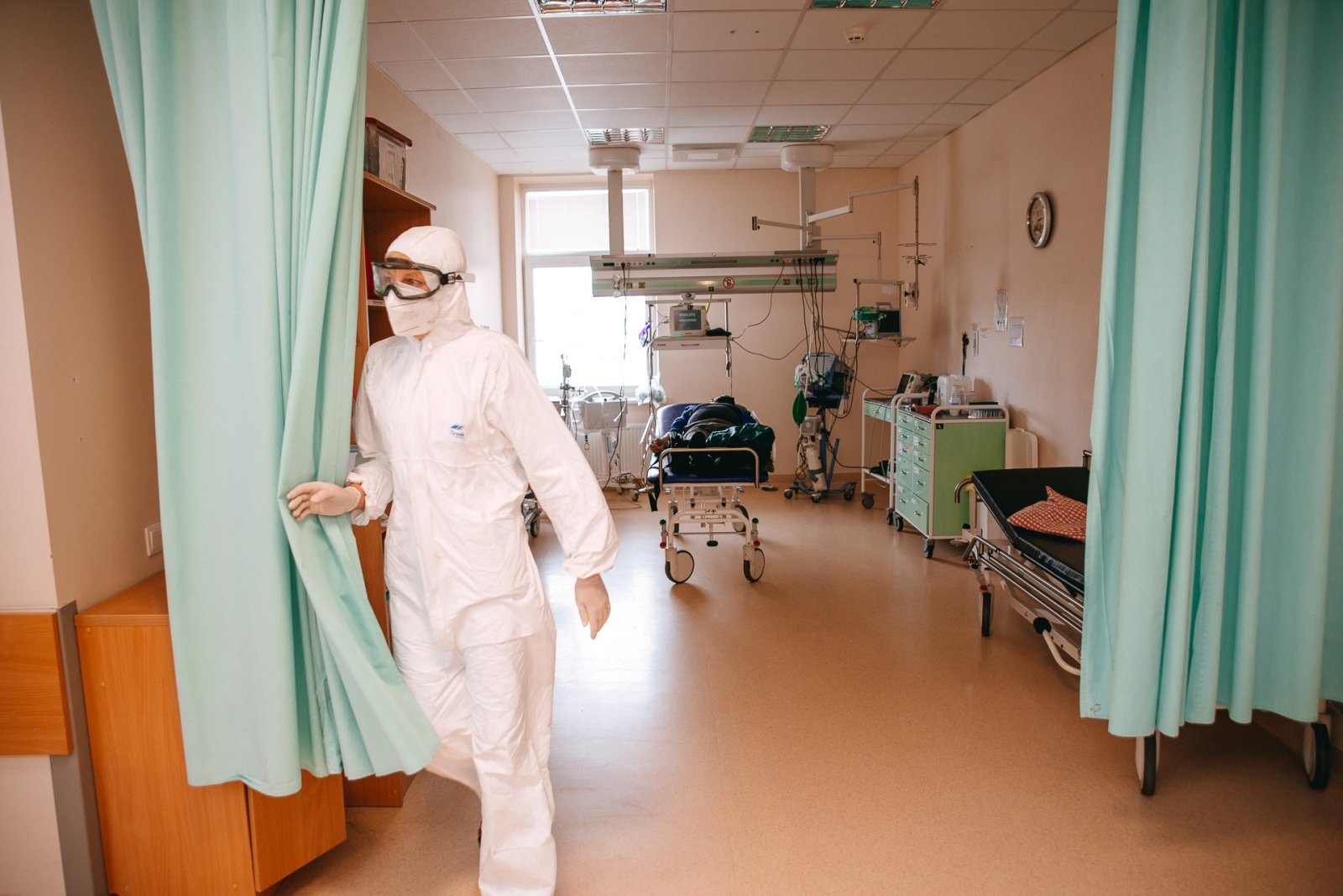 After this meeting, a remote press conference was organized with the participation of S. Krepsta, professor Mindaugas Stankunas, prof. Edita Sužiedeliene and prof. Kestutis Petrikonis.

“As for the development of the pandemic, it can be stated that due to the holiday period, there is an additional, so-called noise of data. As a result, it is still not possible to say whether the situation is improving.

However, we see additional knowledge that is hoping and there is a possibility that the peak of the pandemic is already behind us. Of course, this will have to be confirmed next week with data from next week, when we will have the usual scope of testing, because we had fewer tests during the holiday weeks. But we are still in a bad situation <...> and it is still a long way before the considerations on relaxation in quarantine are considered “, warned S. Strengthens. 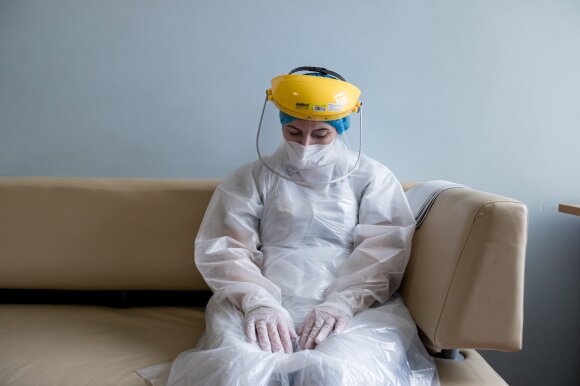 According to the president’s adviser, even if we really crossed the top, we are still in a very bad pandemic situation.

It is important not to make mistakes

According to Professor M. To Stankunas, the situation is still very complicated, but there are daily signs of hope that perhaps the worst times are over. 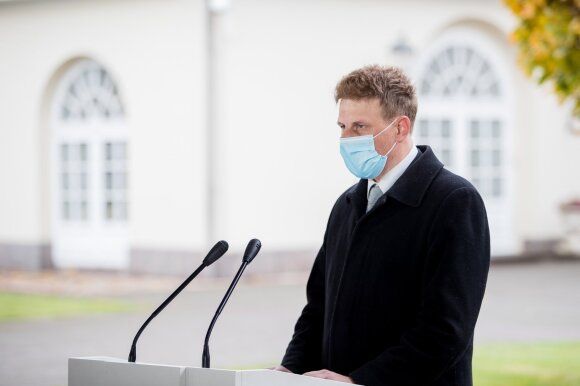 “I just want to emphasize that we would make a big mistake if we supported those small, weak signs in our victory and that we can already announce that we have defeated the virus and that the situation is constantly improving. “Many of the figures that are being discussed should be considered a great epidemiological noise,” said M. Stankunas.

According to the professor, quarantine measures have significantly reduced the mobility of Lithuanians. This is also reflected in Google’s mobility data.

“The good trends that were noticed during the Christmas period, remained in the days of the New Year. This is one of the positive signs. Another positive thing we see, but which still needs to be treated with special caution, is the number of new cases. “Let’s hope that when we were at 4 thousand, we will not see such a number,” said M. Stankunas.

The researcher also talked about the effective rate of R, which shows the speed of the virus’s spread. He has now reached a threshold of less than 1. However, the professor emphasizes that the situation will be more accurate only next week.

“There was also a drop in positive tests. This means that when we examine more tests, we find that a smaller percentage of them are positive, “said M. Stankunas

According to him, according to the criteria provided in the quarantine scenarios, Lithuania had to stop living in scenario A – when there are almost no restrictions and to introduce stricter quarantine on September 20. Scenario B lasted until October 21, after which the quarantine had to be further tightened.

“Level C ended on November 7. At that time, we had to apply the strictest measures, which were applied only on December 16, “M. taught. Stankunas.

The president’s adviser told reporters that 4 issues were discussed at the meeting with the president. 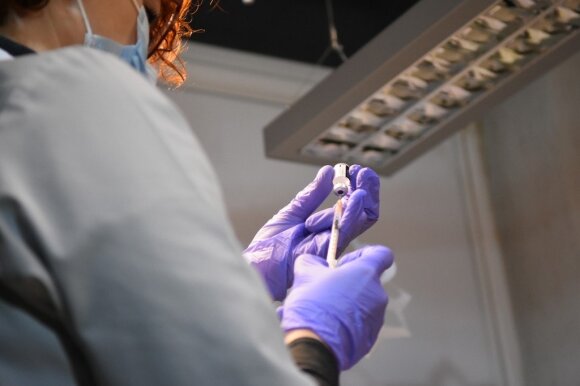 Vaccination against COVID-19 at Panevezys Hospital

In particular, the evolution of the pandemic. Second, recommendations on how to improve the quality of tests performed and the quality of laboratory work. Third, according to S. Strengthened, a review of previous recommendations was conducted and it was assessed which of them have already been implemented. The future activities of the Council of Health Experts were also discussed.

According to the president’s advisor, the team of the Council of Health Experts convened by Mr. Nauseda will change the nature of work in the future and will withdraw from operational activities and move on to scientific issues. It will also help the president prepare for pandemic management conferences.

Evaluated the decision on the sermons

Mr. Krepsta was asked how the president assessed the decision of the Church on the continuation of public services from next week. 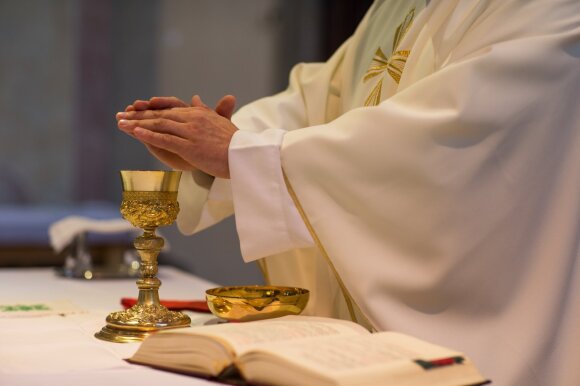 We remind you that on Tuesday, the Lithuanian Bishops’ Conference decided to continue the public service with the people from next Monday, January 11, limiting the number of believers.

“First of all, we would like to thank the church community for the restrictions imposed during the holiday period and for the dedicated services.

“Thirdly, it is probably important to pay attention to the fact that people who go to some institutions measure their risk,” said S. Strengthens.

Professor M. Stankunas said that before the decision to renew the services, the Lithuanian Bishops’ Conference consulted about it and that the scientist expressed his fear to the pastors.

“Lithuanian shepherds take the numbers and the situation very seriously, they take everything for and against very seriously. I told you all the risks. It was definitely listened to. I cannot comment on the decision he will make, but that sincere desire to hear and assess the situation from all sides has been made, “said the professor.

Mr. Stankunas said he suggested not rushing to resume services.

It is strictly forbidden to use information published by DELFI on other websites, in the media or elsewhere or to distribute our material in any form without consent, and if consent is obtained, it is necessary to cite DELFI as a source.