The year 2020 was not so terrible: 11 great achievements that scientists can be proud of 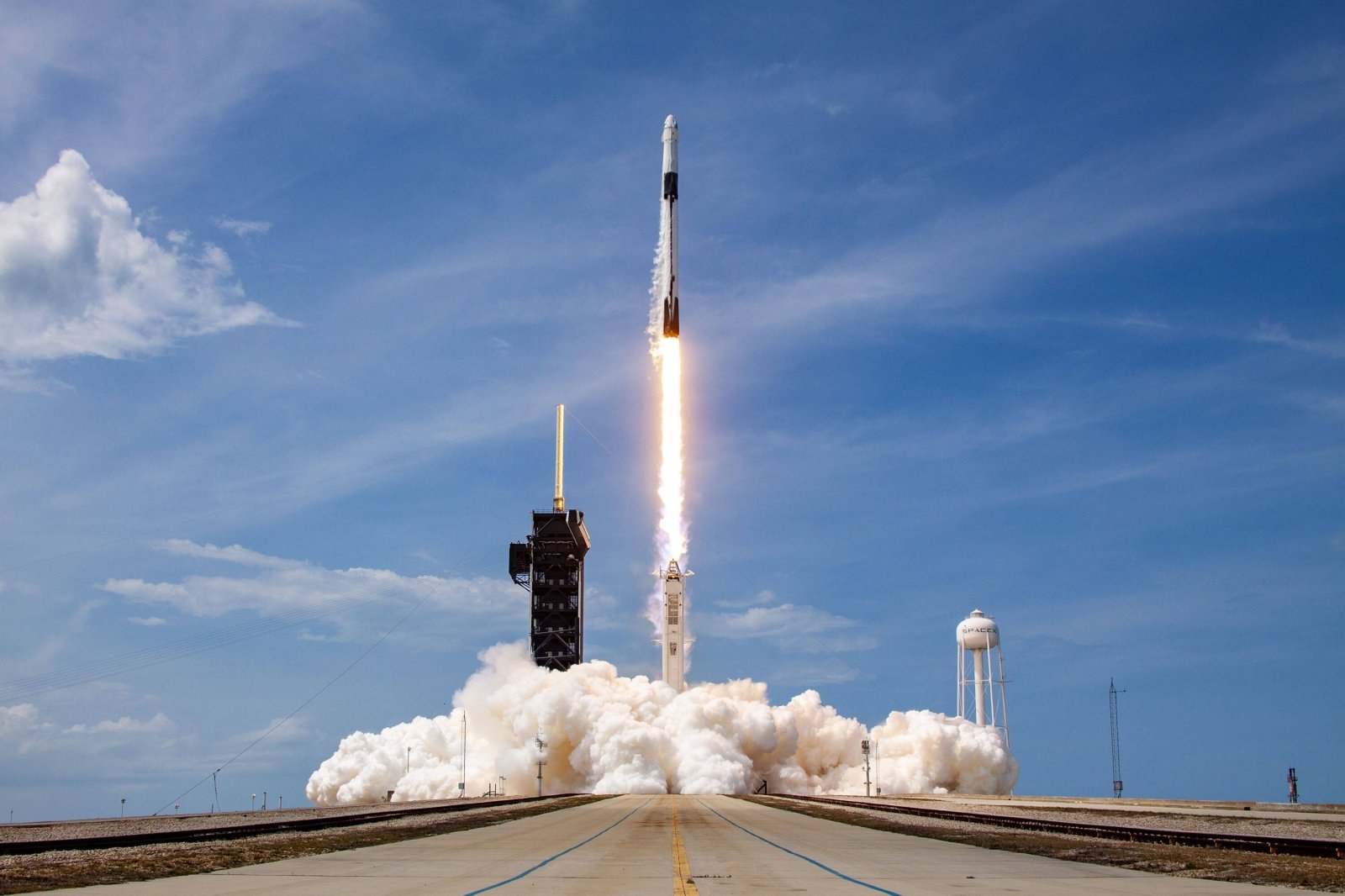 Of course, the fruits of scientific work often have to wait for many years. Either way, the sciencealert.com portal provides 11 exciting scientific news from last year.

1. The first known protein of extraterrestrial origin was discovered in a meteorite

Is there still life somewhere in the solar system? We humans are curious and intelligent beings, so it’s no surprise that we search for signs of life outside of our planet. One way is to study meteorites.

In 2020, scientists discovered the first discovery of a protein of extraterrestrial origin that was hidden in a meteorite that fell to Earth 30 years ago.

“We have little doubt that proteins exist in space,” astronomer Chenoa Tremblay told ScienceAlert last March. “But finding an example of such a protein and examining its structure is another matter.”

2. We have avoided unpleasant changes in the atmosphere

The results of a new study showed that the Montreal Protocol, 1987 agreement signed to reduce the production and use of ozone-depleting substances may have helped slow down or even prevent some unpleasant changes in air currents in our southern hemisphere.

After “healing” the protective ozone layer around the Earth, it seems that we have stopped the migration of air currents, called southern currents. This air current has prolonged the drought in some parts of Australia.

“If the ozone layer recovers and the air current moves north, that’s two good news,” explained Ian Rae, a chemist at the University of Melbourne.

For about 50 years, researchers have been shaking their heads trying to understand how proteins take on their three-dimensional structure. Since the number of potential configurations is simply astronomical, the answer to this question about protein folding proved to be extremely difficult.

The success of DeepMind represents a major step towards new research, from disease modeling and the development of new drugs to the application of this discovery in other areas.

4. Scientists used fast bursts to find the missing matter in the Universe

Cleverly using fast radio bursts, astronomers have found the answer to a long-dormant question: where is the missing part of the universe? In this case, we do not mean dark matter, but baryon (ordinary) matter, which should be easily noticeable on the basis of calculations, but it was not possible before.

The universe is huge, and the distances between galaxies are hard to imagine. But even in that seemingly empty space, there are individual atoms. In their search for what causes powerful interstellar signals called fast radio bursts, the researchers realized that the gases are extremely scattered and form the missing “normal” matter of the universe.

5. We first discovered a rapid burst in our galaxy

This important discovery immediately had a great impact on further research into the mysterious high-speed bursts. In the past, these bursts were discovered only outside our galaxy, which made it difficult to determine their source.

“After the discovery was made, many people concluded that fast radio bursts emit magnets,” Shriniv Kulkarni, an astronomer at the California Institute of Technology, told ScienceAlert.

Astronomers enthusiastically continued the work and in November confirmed that the burst inside the galaxy was repeated. Maybe this year we will get even more interesting news.

6. SpaceX goes down in history with NASA astronauts flying to the International Space Station

Last year, space enthusiasts really had something to look forward to, as numerous missions and flights took place despite the widespread coronavirus pandemic. 2020 On May 30, SpaceX became the first private astronaut company to transfer NASA astronauts to the International Space Station (ISS). 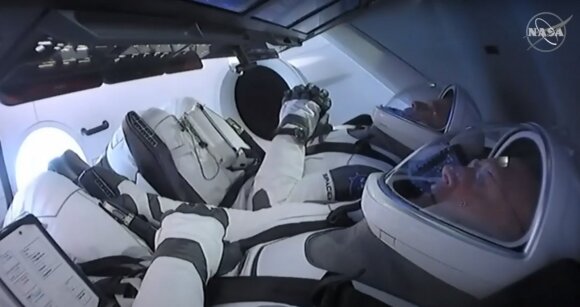 In addition, SpaceX not only successfully transferred them home a few months later, but also flew with four other astronauts in November without any problems. It is planned that such missions will become regular in the future.

7. NASA touched the asteroid and JAKSA transferred the sample

After a long journey, winning more than 320 million. kilometers, NASA’s OSIRIS-REk spacecraft finally landed on the asteroid Bennu in October last year and took a sample of its surface. NASA has perpetuated a unique operation for future generations. True, the probe should carry a valuable cargo only in 2023. 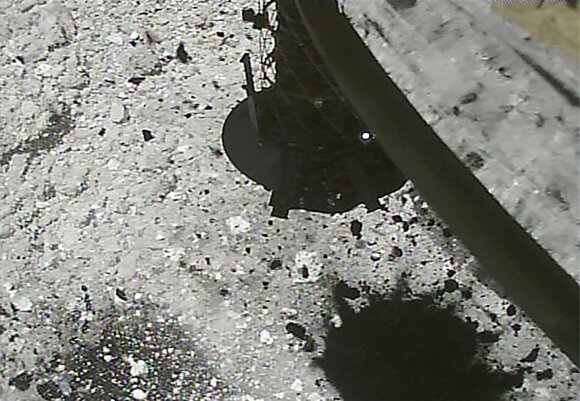 In 2019, the Japan Space Agency (JAKSA) performed a similar feat by taking a sample of the asteroid Riugu with the space probe Haiabusa2. In December last year, the sample was safely transferred back to Earth. The researchers even showed some black dust carried by the probe. I wonder what research on these samples will reveal.

8. Scientists have found the first animal that does not need oxygen

Biologists were surprised to find the first multicellular organism without a mitochondrial genome. This means that this body is not breathing. In fact, it translates perfectly without oxygen.

Although some unicellular organisms thrived in an anaerobic environment, this often salmon-parasitic and jellyfish-like creature Henneguia salminicola does not need oxygen at all. Researchers are amazed and will have to look for answers to many new questions.

9. We caught an unusually long creature off the coast of Australia

The band of fused tentacles spotted in April has caused a great deal of confusion among biologists working in an unexplored oceanic region off the coast of Western Australia. It turned out that this strange creature is an extremely long siphonophore – a colony of thousands of individual zooids. This siphon is perhaps the longest ever recorded.

“Everyone lost the fun after seeing this creation,” Nerie Wilson and Lisa Kirkendale, biologists at the Western Australian Museum, told ScienceAlert. – There was a lot of excitement. People flooded the control cabin from all over the ship. Siphonophores are not uncommon, but this one was very large and unusual in appearance. “

10. A physicist has developed a theory of mathematics that makes time travel “without paradox” a very likely reality

Wouldn’t it be great to use the time machine, travel to the past, correct some mistakes made in the past and not try to accidentally kill your (future) grandfather?

In 2020, we learned of a mathematically logical solution that would, at least in theory, allow us to travel safely on time. Germain Tobar, who is studying physics at the University of Queensland in Australia, has devised a way to “square numbers” to travel in time without paradox.

Although his theory did not take a step closer to creating a prototype of the time machine, students’ calculations show that space-time can be adjusted in some sense to avoid paradoxes. As the supervisor Mr. Tobara said, there is nothing mathematical to hold on to. Beautiful.

11. COVID-19 vaccines were introduced to the first population

The biggest challenge the world faced last year was the COVID-19 pandemic. Health workers and other workers who are at the forefront of the fight against coronavirus have borne most of the burden of preventing society from collapsing. Meanwhile, researchers in various fields (from immunology to genetics) have also worked tirelessly throughout the year to better understand the new SARS-CoV-2 coronavirus. 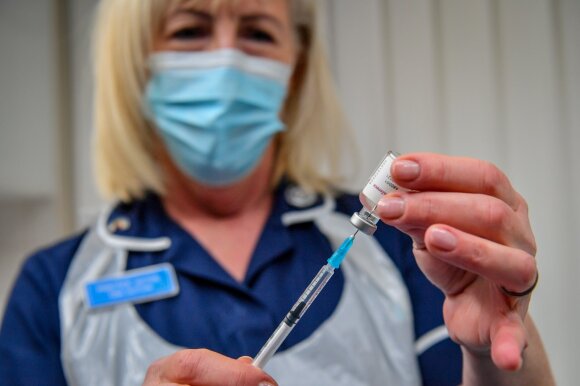 Work continues this year as well, but in late November we finally saw what happens when research and funding exceed normal rates and amounts. The first COVID-19 vaccines were developed, clinical trials were conducted, and vaccinations were initiated in the United Kingdom (UK), the United States (USA), and some European countries.

It will take much more effort to overcome this pandemic and protect the most vulnerable communities around the world, but vaccines developed in such a short time are an impressive result and, without a doubt, the greatest scientific achievement of 2020.

It is strictly forbidden to use the information published by DELFI on other websites, in the media or elsewhere, or to distribute our material in any form without consent, and if consent is obtained, it is necessary to cite DELFI as a source.