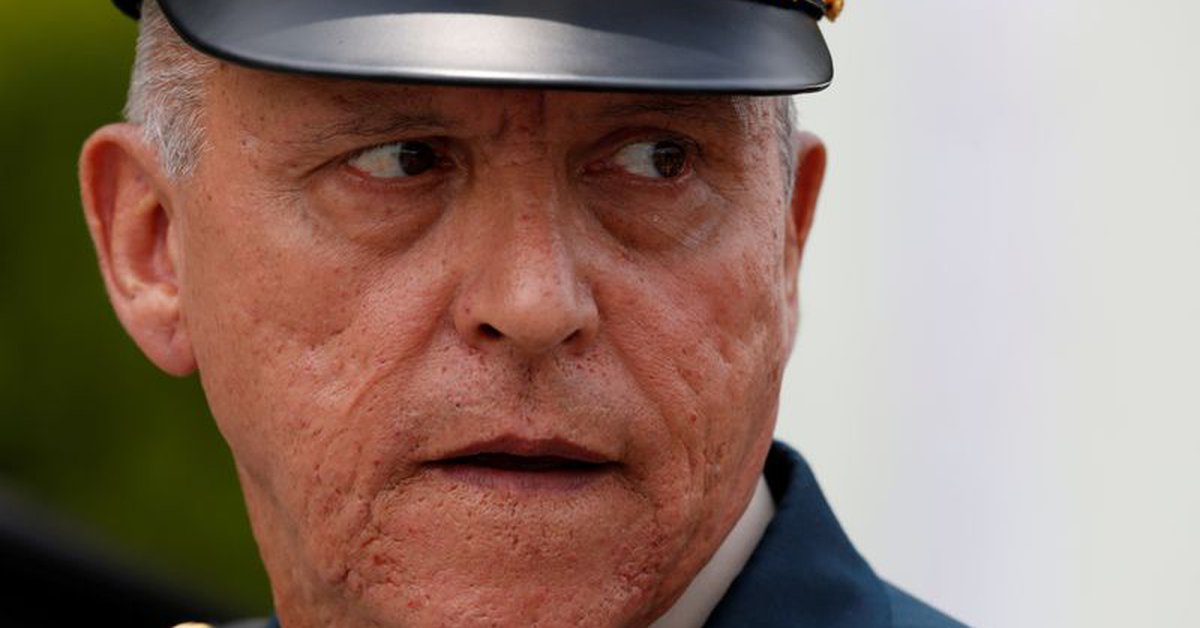 The Attorney General’s Office (FGR) announced procedure where they describe in detail the actions that led to the decision that they would not need criminal action against retired General Salvador Cienfuegos Zepeda.

Among the documents is an agreement not to commit a criminal act, s research folder number FED / SEIDO / UEITA-NAI / 0000821/2020, which documents the reasons for the prosecution to release the retired general for investigation Organized crime for the purpose of crimes against health, collection and trafficking of weapons and operations with resources of illegal origin.

First, they note that most of the evidence provided by the U.S. authorities is in 743 pages are conversations via BlackBerry, in which respondents, allegedly Cienfuegos and possible drug traffickers, exchanged information that would incriminate him.

However, the FGR pointed out, “it is essential, as required by our legal system, that in principle the mechanism for obtaining this information is clear so that it can be legally assessed”, i.e. If it is not clear that they were obtained with a court order, the information provided will have no legal value in Mexican territory.Therefore, “it is void and cannot have any effect on the people to whom it is attributed.”

They also added that the response of the representatives of the North American authorities “clearly shows that the alleged authority of the American court referred to the communication devices of drug traffickers who worked in the state of Nevada, as well as It is not substantiated because it does not provide documentation to prove it”.

On the other hand, the file states, “the authority was to intercept the device and for this purpose it is worth noting that it was never specified which authority allegedly issued the permit, nor was documentation provided proving who approved it, makes it impossible to give any legal value to any telephone intervention carried out in that regard”.

However, they clarified that the non-existence of the said approval had not been confirmed, “Simply not provided as part of the mechanisms for obtaining the evidence required.”. For this reason, it was legally impossible to legally use communications related to this through international legal assistance.

In this context, Mexican authorities have revealed that the talks are insufficient to be able to accredit an illegal immigrant, because there is no absolute certainty that Cienfuegos would be responsible for the mentioned messages and for the alleged protection of criminal acts in exchange for bribes.

In addition to the above, they assured that the so-called BlackBerry, which enable the PIN communication system, they have no data or evidence that they were used by the former secretary, “As only the Ministry of National Defense reported.”

In this regard, they assured that these messages were singled out in the period between 2015 and 2017, but this was never known to the Mexican authorities, because “if he had done so, the information could have been successfully requested from Mexican mobile phone dealers.”

However, it is too late to carry out these actions, from now on “It is not possible to obtain limited time periods in which concessionaires must, in accordance with the law, keep this type of data”.

According to the document, concessionaires are required to keep the data for 12 months for consultation and submission to the authorities, in addition to 12 add-ons in storage systems, ie telephone information is protected for 24 months.

In addition, they assured that Sedena reported it there is no record or documented evidence that telephone numbers and mobile phones have been assigned brand Black Berry or their relatives.

As for the messages in which the alleged criminals describe the general, the Mexican authorities have assured that in fact, it does not match the physiognomy of the former civil servant.

“If since then the physiognomy of the described person essentially does not agree with the actual physiognomy, it can be validly concluded that it is not the same person,” they assured.

In the conversations, the alleged “X-9” gives some characteristics of the retired army, in which he was described as “short, old white.”

As for the criminal offense of illicit resources, they asserted that “it is essential to have a previous criminal offense or an act which renders resources illegal and which is once placed on the market within the financial system or to commit any act which fit into these guiding verbs, when you are in the presence of this crime.

However, they pointed out that “there is no evidence that the accused participated in the commission of any criminal offense and, therefore, there are no reasonable indications which make us assume the illegality of the resources it may have, in the absence of evidence as to whether it received funds from an already designated criminal group. “

This, after I posted it the defendant presented his tax returns and taxes presented during the fiscal years 2015, 2016 and 2017, also where it is noticed that in his property as a commodity or money, an airplane was not installed or his money increased abnormally.

They also considered the lexicon attributed to Cienfuegos in the shipments, “far from the expression of a prepared person, who, despite the high position he held, had a high academic preparation, even at the master level, which makes it unlikely that he expressed himself in the terms in which he appears in the messages he allegedly issued.

For the above reasons, it is legally established that “the legal elements necessary to configure organized crime have not been collected in any waynor have illegal operations with resources of illegal origin been configured. “

They added that for the accreditation of any of these crimes, “a certain action is required from who is considered the accused, because by their nature such criminal acts cannot be committed by omission but by direct action which entails the will to be committed, which is not presented in the specific case.

Accordingly, they assured, They have no data or evidence to prove that Cienfuegos belonged to or provided support or protection to any criminal organization.

For everything previously spilled, The FGR determined not to carry out a criminal act, “Because for this Social Representation of the Federation there are no legal elements for the configuration of the crime for which it was initiated, for the reasons, arguments and grounds set forth in this document.”

MORE ON THIS TOPIC:

This is Salvador Cienfuegos’ statement to the FGR: “I am completely unaware of the fact.”

The Cienfuegos case: the keys to the DEA file on the former head of the Mexican army