Noah and Emma remain the most popular names 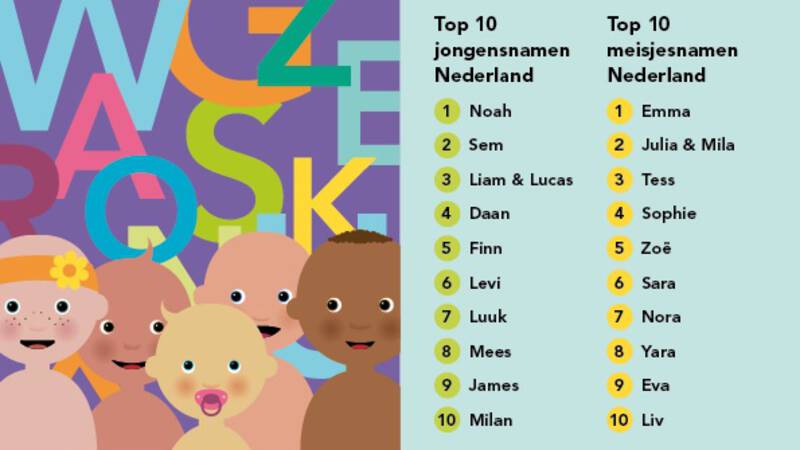 The most commonly chosen names of children were Noah and Emma last year. An annual survey by the Social Security Bank (SVB) shows that last year in the Netherlands, 807 boys were named Noah, and that the parents of 685 babies named Emma.

Both names have been popular for years: they were also the most chosen in 2017 and 2019. Meanwhile, Lucas and Julia finished at the top of the rankings.

Lucas has now dropped to third place among the boys, along with Liam. Sam is in second place: 637 boys were given that name. For girls, the top 3 are Julia and Mila, 665 names each.

By the way, newborns Noahs and Emma don’t have to worry that in a few years there will be several namesakes in their class: the spread of names is great. Even for the most popular names, less than 1 percent of babies get them.

SVB deals with the payment of child allowance and that is why it knows what names the babies got. The complete list for 2020 can be found here. For privacy reasons, names given less than 25 times are not covered by the review.