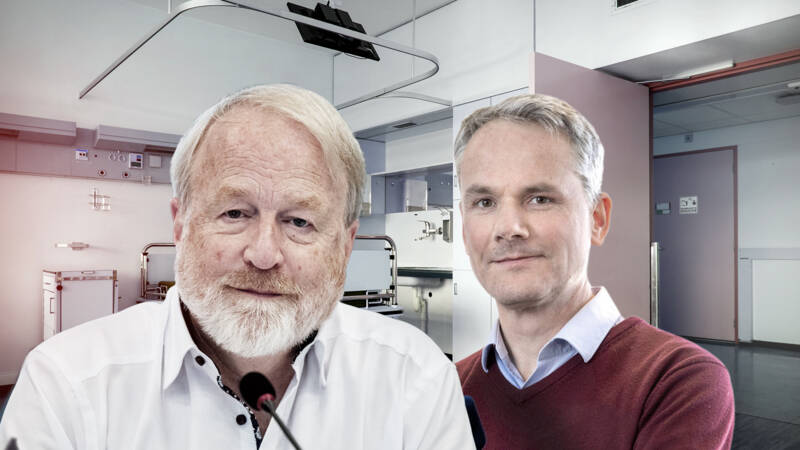 For a moment, the corona virus did not completely dominate the news. The focus was on the political Hague, but the corona crisis is raging. The hassle surrounding the vaccination campaign has also attracted attention. There was also positive news from that front.

Among other things, the ISO spoke with Jaap van Dissel, director of the Center for Infectious Disease Control (CIB) of RIVM, and Jacco Walling, chief modeler of the same RIVM.

This week was good news about vaccinations from the US. Vaccines from Pfizer / BioNtech and Moderna not only protect well against covid-19 infection, but also appear to significantly reduce the risk of virus transmission.

Van Dissel: “Well, that research doesn’t really say anything about it. The study talks about the extent to which the vaccine offers protection against covid-19 infection. The participants are mostly medical staff and emergency services, people at risk of increased exposure. These interim results – because they are – you can see that these people are very well protected after vaccination. But it has not been measured whether vaccination limits the transmission of the virus. “

Is the response to this study too positive?

Van Dissel: “It’s a great study, with preliminary results hoping. But the interpretation given to it by the NOS goes too far. The study proves that these vaccines are effective against the disease. You have previously argued that vaccination prevents transmission is justified on the basis of such an investigation “.

“Furthermore, it was examined whether vaccinated people with the throat virus had complaints. This was almost always the case, except for more than 10 percent. These results are consistent with the results of previous studies in Israel and the United Kingdom, for example. But that It’s not the case. Just as it shows that vaccination actually reduces the transmission of the virus, that is, prevents you from infecting someone else. That was not the subject of the study. “

So, what are the limitations of the study?

Van Dissel: “This is a cohort study in which caregivers, firefighters, etc. are monitored. To prove that vaccination also reduces transmission, you must prove that the vaccinated person actually infects fewer people, in a natural environment where unvaccinated people are also encountered. and it has certainly not been demonstrated. “

Of the 3,950 participants in the CDC study, 72 percent were between 18 and 49 years old, and 62 percent were women. Further, 86 percent of the research group was white. It is not a representative selection of the American population. Does it affect eloquence?

Van Dissel: “It is a study with hope because it shows that the virus occurs less often in vaccinated people, but there are several explanations for that. For example, the cohort effect: in one environment, everyone is vaccinated and you cough less at each other. You build a virus-free balloon yourself. In addition, research was also quite limited in age categories. There were very few elderly people among them. “

“From a Danish study published two weeks ago in the scientific journal The Lancet, we know that among these older people, at least in Denmark, a second infection occurs quite often despite the previous first infection. At least more often than in younger groups.”

You have a lot of comments.

Van Dissel: “Again, it’s a really good study, but you always have to have a critical eye: what exactly does it say and what conclusions can we draw?”

VR glasses are increasingly used to relieve pain in hospitals: “Interference is nice”

Crown control at the Belgian border: no warning, but immediate punishment

Medal Mirror: The Netherlands in eighth place, Japan already better than ever Sports

What is the readiness for the vaccine in the USA? | Squatter Orange Women – NU.nl