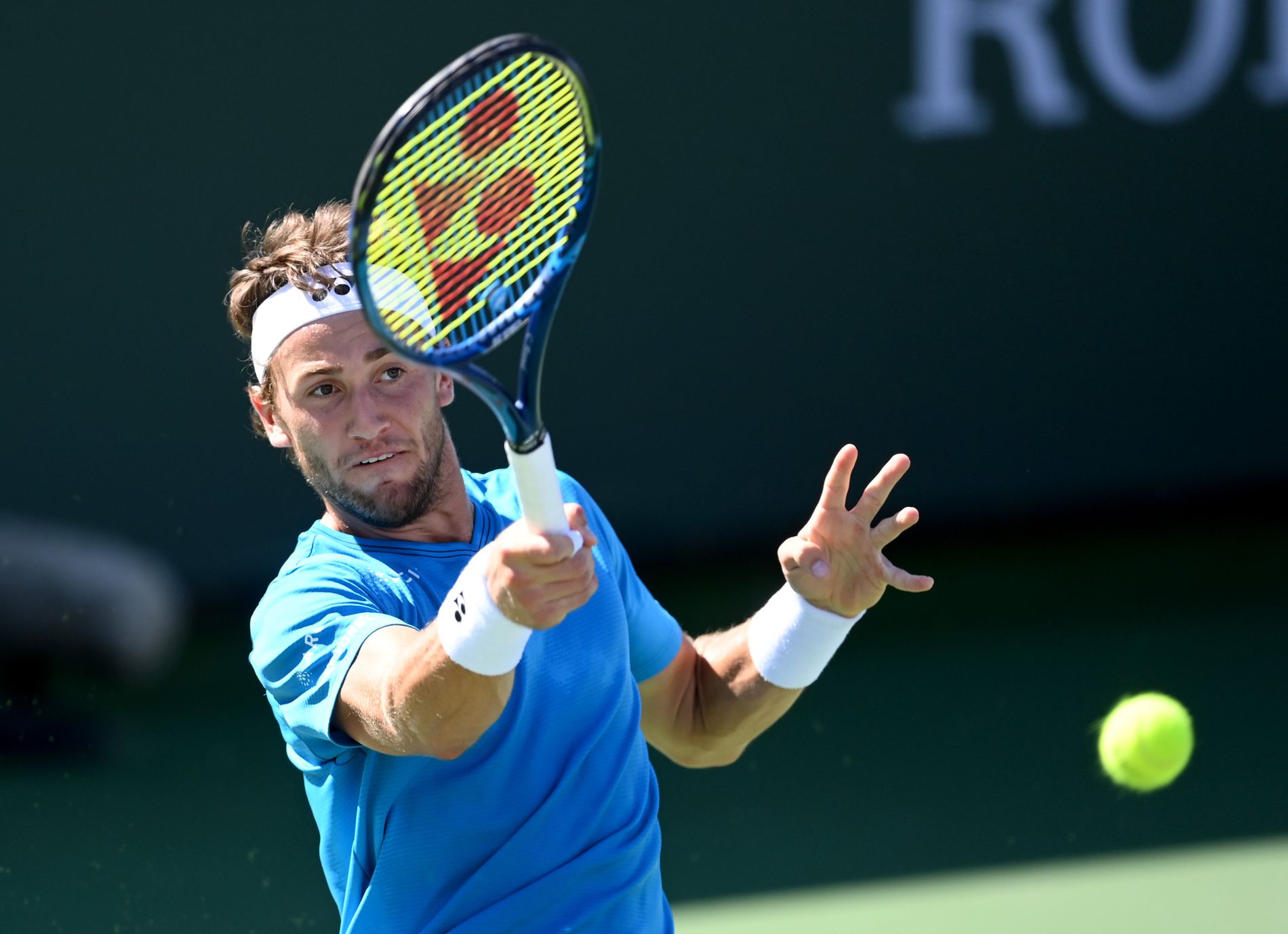 (Casper Ruud-Lloid Harris 6-7 (4), 6-4, 6-4) Lloid Harris (24) had Casper Ruud (22) on his knees, but he masterfully turned the Norwegian and placed in the fourth round of the Indian Wells. So in November he made another good step towards the ATP playoffs.

Updated less than 2 hours ago

In the first set, he pushed Lloyd Harris. Ruud had to fight several times to keep the serve, but he passed without a service break, so the set had to be solved with a tie-break.

There again Harris put Ruud under pressure and the 24-year-old secured the first set 7-4 in the tiebreak.

Harris also had an advantage at the beginning of the second set, but after Harris abused four break points in just over ten minutes of play at the beginning of the set, Ruud gained a kind of advantage. In position 4-4, he got the first opportunity for a break and took care of it. After a new equalized service game, Ruud kept the service in the next game and set up 6-4. It was also 6-4 in the third set, where Ruud had far better control.

– It was a very difficult match and I was lucky to continue in the end. Here and there were only a few points that decided the match. I saved many breakballs and raised my game in important points, says Ruud according to atptour.com.

– A big dream to reach the finals of the tour

The victory means that Ruud is one step closer to the placement in the ATP finals, where only the eight best players through the 2021 season can participate. The Norwegian has 3,015 points, and a win on Monday ensured that he passed Rafael Nadal (who spent the rest of the season with an injury) and is now in seventh place in the standings.

Ruud is the player on the ATP tour with the most wins in the tournament this season with five wins, all at the ATP 250 level. At the same time, he also impressed in the Masters 1000 tournaments, where he reached two semifinals and two quarterfinals earlier this season.

The ongoing tournament in Indian Wells is Ruud’s fifth Masters 1000 tournament of the season, and the new quarterfinals could come with a win over Diego Schwartzman. Ruud won both games against Schwartzman earlier this season, most recently at the Masters 1000 in Cincinnati in August.

Ruud’s fiercest competitors in the fight for a place in the ATP finals seem to be Hubert Hurkacz and Jannik Sinner at the moment. Felik Auger-Aliassime seemed to be in the game for a long time, but he depends on several very good tournaments later this season after he was eliminated in the second round of the tournament in Indian Wells.

The 19 best results of the tournament are counted there, but they are not locked for the biggest tournaments. Thus, for example, the ten points that Ruud received for coming out in the first round of Wimbledon do not count on the world ranking list, while they count in the ATP final race.