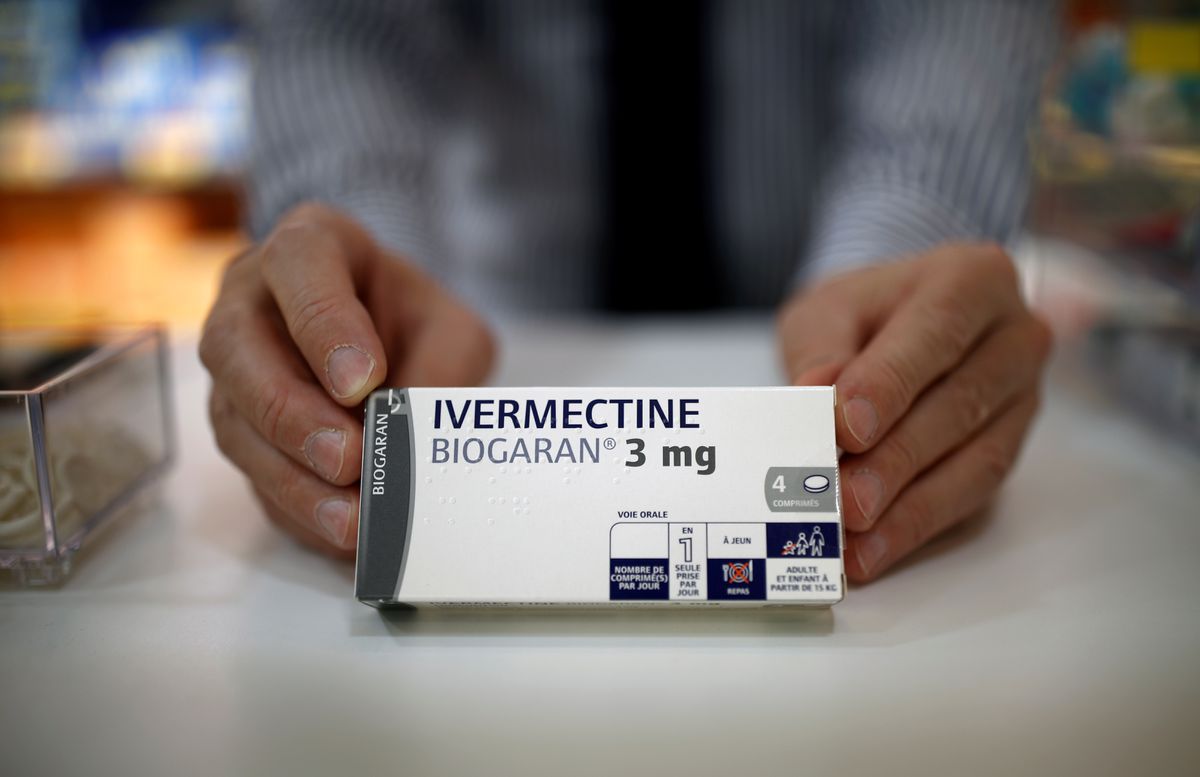 “You are not horses. Not a cow. Seriously. Leave it. ”The Food and Drug Administration of the United States (FDA, for an acronym in English) posted this message on its social media on August 21. A strange warning was accompanied by an article warning of the dangers of citizens consuming ivermectin, an antiparasitic drug mostly for veterinary use. Despite the fact that health authorities reject that the drug serves to combat COVID-19, scams have led to an increase in consumption in the United States, to the point that some veterinary clinics have had to rationalize the supply of animals due to shortages.

The origin of the misinformation must be found in an unconvincing essay published in April 2020 by Monash University in Melbourne (Australia). That is, in the most difficult days of captivity, with an uncontrolled pandemic and no hint on the horizon of a vaccine to treat the virus, the experiment brought the news that concluded that ivermectin eliminated the coronavirus from the body in 48 hours. Australian scientists have warned that the results are preliminary and that they will continue to investigate. In addition, the finding implied that the amount of drug required for action had to be much higher than the approved dose for use in humans. “DO NOT self-treat with ivermectin and DO NOT use ivermectin intended for use in animals,” the University of Melbourne said.

Both groups on Facebook and Reddit, a forum for sharing information subscribed to conspiracy theories, ignored warnings and expanded on the “miracle treatment” of ivermectin, a drug mostly used to kill parasites in horses, dogs and chickens. Given the interest aroused, Merck, the drug company, had to publicly explain last February that they had not yet found “any scientific basis for a potential therapeutic effect” against COVID, and that in most studies showing a positive effect on There is a “worrying lack of reliable data” in patients using ivermectin.

In humans, ivermectin tablets are available on prescription to treat some internal parasites, such as intestinal worms, and external ones, such as lice, in addition to rosacea, a skin disease. The drug has a version that treats parasites that mainly attack a wide range of animals and can be easily purchased online or in food stores. This is where believers get a cure for its effectiveness against kovid. The FDA claimed to have received several reports of patients in need of medical care, including hospitalization, after self-treatment with ivermectin for cattle. The medicine for horses concentrates up to seven times the dose allowed for humans.

With the delta variant hitting the United States, the popularity of ivermectin has gained momentum this summer. Prior to the pandemic, doctors delivered 3,600 prescriptions for human use per week. In the week of last August, the number rose to more than 88,000, according to estimates by the Centers for Disease Control and Prevention (CDC). Poison control centers received five times more drug-related calls than in July, it reported. Washington Post, referring to the Toxicology Information Center of the United States.

“There is a lot of misinformation” about the benefits of taking large doses of ivermectin or its animal version for the prevention or treatment of COVID-19, warns the FDA on its website. “It’s not good,” “it’s dangerous,” “don’t do it,” they point out. The warnings of the regulatory agency, added to the warnings of the World Health Organization, are opposed by prominent media personalities of the alt-right, as well as some conservative politicians and doctors. Perhaps the most famous is the case of comedian Joe Rogan who is in his program The experience of Joe Rogan, the podcast the most widely heard in the world, included ivermectin in part of his treatment when he contracted covid.

Another speaker for the use of ivermectin and hydroxychloroquine is Dr. Simone Gold. In the summer of 2020, he founded American Frontline Doctors, a group of doctors against the vaccine. After she was arrested in January this year for participating in the attack on the United States Capitol, she continued to spread misinformation about the treatment of COVID. A few weeks ago, he gave a speech in a California church where he offered the audience a prescription for obtaining ivermectin in exchange for a teleconsultation for 90 dollars (77.7 euros).

Meanwhile, pet food stores are suffering from the side effects of misinformation. V&V Tack and Feed, based in Las Vegas, sells ivermectin for use in horses. Demand has been progressively increasing in recent months, so much so that the drug has been exhausted. The owner of the premises, Shelley Smith, considering what was happening with the drug and its use in people, hung an inscription that read: “Don’t drink this”, according to the local television KNTV. Seeing that it didn’t work, he asked customers who wanted to buy ivermectin to present a photo with their animal. The problem is that he cannot find a supplier to supply him, and the owners of sick horses have nothing to treat them.