The Amado Enco prosecutor for extraditing the exyze 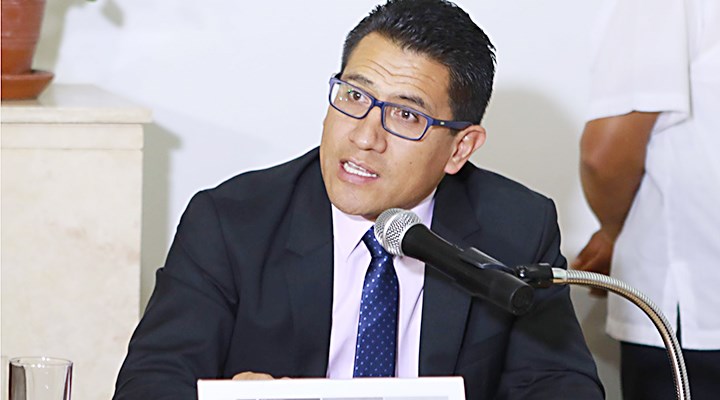 The Amado Enco Ministry of Justice appointed Ad Hoc Law Enforcement to protect the Peruvian state before the Spanish authorities and jurisdiction centers, César Hinostroza and the extradition of others in this case.

The appointment was established by Supreme Decision 168/2018-JUS, which was published yesterday in the El Peruano Official Gazette Legislation.

The norm is borne by the President of the Republic, Martín Vizcarra; Head of the Cabinet of Ministers, César Villanueva, and Justice and Human Rights Minister Vicente Zeballos.

Caitar Hinostroza's supreme judge was captured on 19 October 1949 in Madrid, Spain, after escaping with Peru at Ecuador's border.

Subsequently, Judge José de la Mata, the Spanish national court, sent him to custody and without bail after he was released to Peru.

The Supreme Court investigator for Hugo Núñez Julca from the Peruvian side ruled a 36-month pre-trial jail for the dismissed judge.

The prosecution asked for the precautionary measure by assuming responsibility for the alleged commission of illegal sponsorship, influencing prison sentences, incompatible negotiations, and membership of a criminal organization.

On 22 October, the Supreme Court of the preparatory investigation accepted the process of extraditing an ex-criminal court.

The Transitional Criminal Court of the Supreme Court, on Monday hearing, plans to assess the extradition procedure approved against the ex-magistrate.

The former High Court judge forbade him to leave the country ever since he left Perut as he was released on 14 July for a period of four months. Hinostroza took advantage of the delayed processing of the republican Congress

complained to the prosecution to plan and escape because Parliament approved the complaint on October 4, but did not send it until the 16th day when rumors of possible flights had leaked.