With a $ 50 million debut, "Bohemian Rhapsody" is not a poor boy 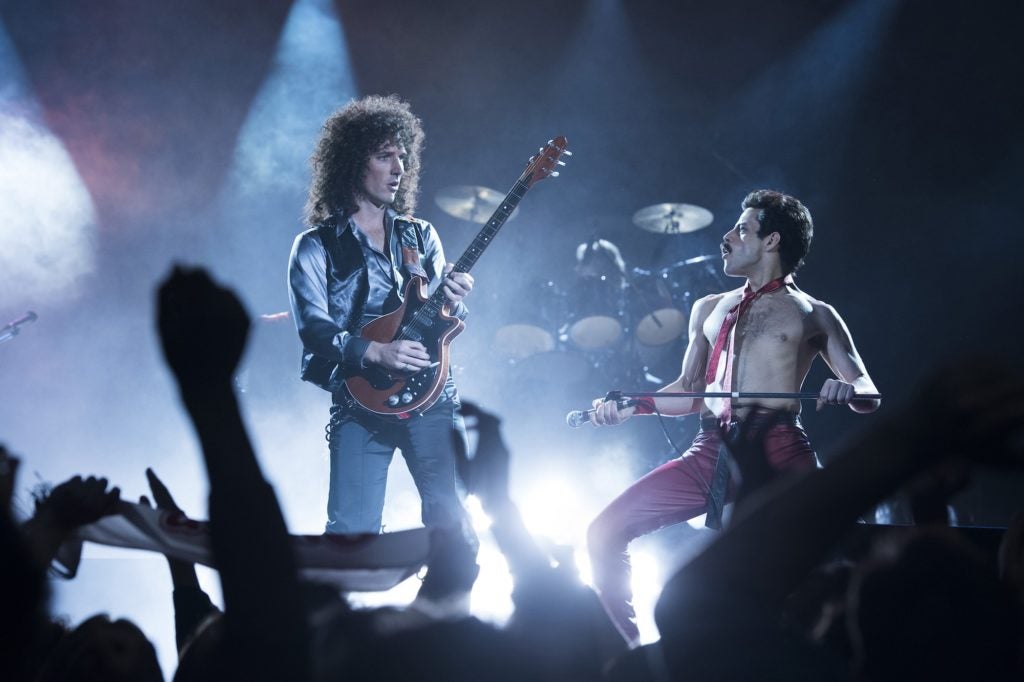 NEV IORK – Biography "Bohemian Rhapsody" Freddie Mercuri and "20th Century Fox" for now are at least champions of the world.

"Bohemian Rhapsody," starring Rami Malek as the queen's queen, has resolved production problems and average reviews to debut with 50 million weekend sales in the US and Canada and 72.5 million at the international level, according to study estimates Sunday. That was good
above expectations, which collected a movie closer to 35-40 million in its weekend.

But the audience went to theaters to see Malek's widely praised performance, "Mr. Robot" star, and to hear the royal hymns of songs like "We Are Champions", "Another Color Dust" and the song of the opera title. The film, which Brian Singer directed before he was
replaced Decker Fletcher, sometimes has a near-concert feeling, including the long-running re-creation of the 1985 Live Aid performance bands.

"It's really a celebration of the Queen and their music, and I think we've done a really good job to let people know that's what this is," said Chris Aronson, head of distribution for Fox.

On the rise to No. 1, Fox's edition was spent by one from Disney, who will soon own a studio. Despite the $ 125 million production budget, the rich budget "Orašnjak and four kingdoms" has been opened by Valt Disnei Co. with only 20 million. Disney will connect with Fox in the coming months, effectively ending 103-year-old Fox, one of Hollywood's six major studies.

"We were hoping for a stronger start, but we think it's a movie that people will find when we go on holidays," said Cathleen Taff, head of theater distribution for Disney.

Although Disnei's success of Hollywood's Envy, "Nutcracker and Four Realms" marked the third flop in the studio this year after a weaker "Borrow in Time" and "Solo". Study CGI stuffed resurrection E.T.A.

The story of Hoffmann was positioned as the early season of the annual holiday, but fired with critics (34 percent "fresh" on Rotten Tomatoes) and caused only modest audience interest. He earned 38.5 million overseas.

The Bohemian Rhapsody, made for 52 million, largely rejected critics as a precomponent conventional rock biopic (60% "fresh" on Rotten Tomatoes). But the movie turned out to be more popular with filmmakers who released the PG-13 edition, produced by Graham King, A CinemaScore and 4 1/2 stars out of five on the Comscore audience survey.

"Even in the negativity that came out of the critics, it always was," but almost universally: "But Rami is great," Aronson noticed. "I'm very happy for Graham and Ramy and the whole film team, and I'm happy for the household, this is a big win for Foca."

Paul Dergarabedian, a senior media analyst for Comscore, praised Foka's films as "perfect." Dergarabedian also mentioned Malek's entertainment on the big screen and a constant interest in all things music in the band.

Music-based films have recently been a big jury in theaters, from Fox's "Biggest Show" earlier in the year Varner Bros.'s favorite "Oscar", which raised another 11.1 million in the fifth weekend for 165.6 million in continent.

"It seems the audience can not get enough movies that have music that's baked in their DNA," Dergarabedian said. "It turned out to be a very successful formula."

The second winning formula – Tiffany Haddish plus something – came short over the weekend.

"No one is crazy," who had spared Hadidu with another boxing service in the writer and director-producer Tyler Perry, opened in the third with about 14 million. While far from being catastrophic for a movie costing 19 million people, the muffled performances of "Nobody's Fool" seemed to be the result of a shuffle.

The two films in which Haddish play – "Night School" and "Zakletva" – are opening in the past six weeks, and "night school" is still number 12 in box office.

In a limited edition, the famous gay conversational therapy Joel Edgerton "Boi Erased", starring Lucas Hedges, was opened with an average average of 44,000 in five theaters.

The "Adamsky War" by Matthev Heineman, starring Rosamund Pike as war correspondent Marie Colvin, was opened in four theaters with an average of 18,000.