Despite the decision of the CJEU, the Disciplinary Council of the Supreme Court continues to function 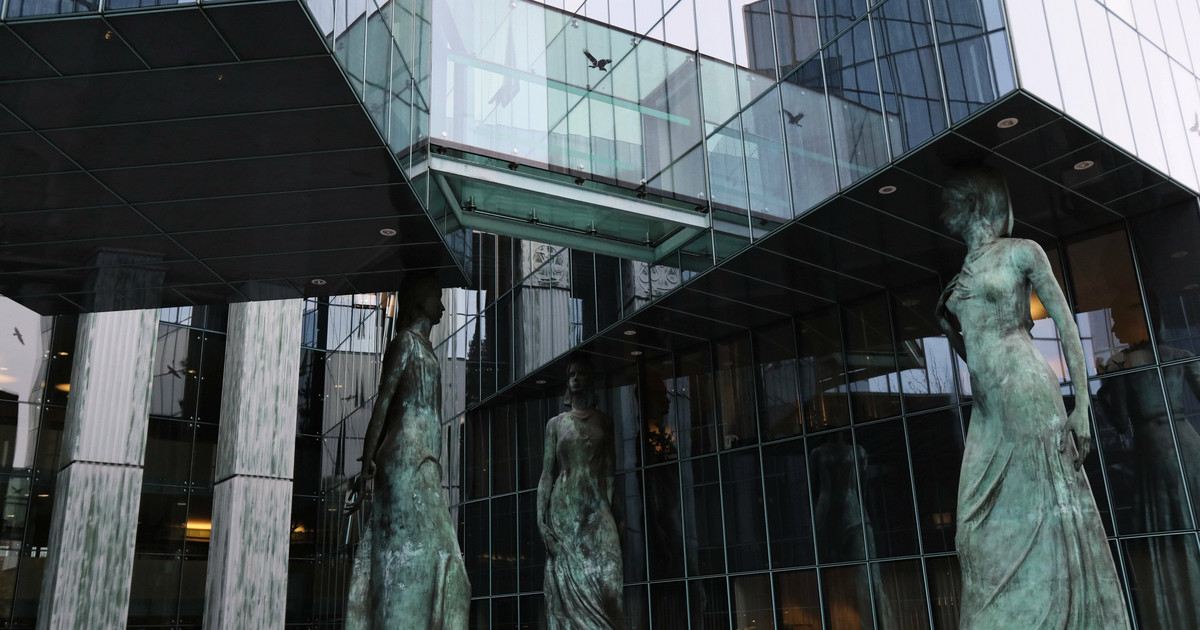 Last week, the CJEU issued security for the first time on Wednesday, in which it explicitly forbade the Disciplinary Council to work on cases of judges’ immunity and annulled all its previous resolutions. A day later, in the judgment of the European Union, the Tribunal stated that the panel established according to the PiS rule is not an independent court. As such, it has no right to act in an EU member state, because the Polish judiciary is also an EU judiciary. The conclusions of these decisions of the CJEU are obvious – the first president of the Supreme Court should make a decision to freeze the activities of the Disciplinary Chamber.

The rulers should change the law to remove the provisions on the establishment of this house. A council that acts not only contrary to EU law. It also acts contrary to the Polish constitution, because given its powers, scope of jurisdiction and independence from the Supreme Court itself, the Disciplinary Council should be considered an “exceptional court”.

And such – according to Art. 175 sec. 2 constitutions – in Poland they can act only during the war.

Let us remind ourselves that the Disciplinary Chamber has its own administration, its own – independent of the Supreme Court – press spokesperson, and the members of this council receive a salary of 40 percent. higher than the other judges of this court.

Only on Friday – after the first president of the Supreme Court announced that he would not suspend the activities of the Disciplinary Chamber and waited for the ruler’s move – government spokesman Piotr Mueller stated that there would be no change in the law. In his opinion, Poland does not have to obey the decision of the European Court, because it was decided on Wednesday by the Polish Constitutional Court, composed of five members, chaired by former communist-era prosecutor Stanisław Piotrovicz. In any case, the first president of the Supreme Court referred to this position of the Constitutional Court in his statement.

Monday – the decisive clash. The disciplinary panel will take care of the judge’s immunity

Although the Disciplinary Council could avoid an unequivocal statement from Wednesday to Friday last week on whether to abide by the CoE ruling – because it did not deal with cases involving judges – on Monday, July 19, such evasion will become impossible. This is because a hearing is scheduled for 10.30 for the waiver of the immunity of one of the judges of the military courts at the request of the prosecution. Meanwhile, the Chamber of the European Court of Justice banned the hearing of any cases involving judges – whether disciplinary or immunity – on Wednesday for security reasons.

The rest of the text below the video

The accused, the judge before the Disciplinary Council is Piotr Raczkowski – former president of the Military Garrison Court in Warsaw. He is responsible for the alleged violation of authority and non-fulfillment of obligations under Art. 231 st. 1 of the Criminal Code. The reason for the prosecution’s actions is the fact that in the fall of 2016, Raczkovski lifted the confidentiality clause from some files concerning the case of espionage from the 1990s.

According to the prosecution, the change of the clause from “secret” to “confidential” – without the necessary consent of the Internal Security Agency – enabled unauthorized persons to read the documents. Specifically – journalists Anna Gielevska and Marcin Dzierzanovski, who published a book on the activities of the former head of the Ministry of National Defense and PiS MP Antoni Macierevicz: “Antoni Macierevicz. Unauthorized biography. ” In this book, the authors reveal how Macierevicz – in 1992, when he became the head of the Ministry of Internal Affairs – was supposed to paralyze the counter-intelligence operation against GRU spies, which could lead to the development of a Russian network of agents in Poland.

In their book, the journalists used fragments of these court documents, the clause of which was changed by Judge Raczkovski. The publication directly hit Macierevic. Now the prosecution wants to accuse Judge Raczkowski under Art. 231 of the Criminal Code The notification of the alleged crime committed was submitted by the Agency for Internal Security, and then the case was taken over by the Department of Internal Affairs of the National Public Prosecutor’s Office. It is a special unit created under the rule of the PiS to prosecute judges and prosecutors. In the spring of 2021, the Supreme Court of Cassation filed a request with the disciplinary council of the Supreme Court to waive the immunity of Judge Raczkowski.

The decision on the case before Monday before the Disciplinary Council will be made by the member of that council, Adam Tomczinski. In the Supreme Court, he is included in the “Falcons” faction – he is a supporter of strict punishment of judges who are not on the path to the changes applied by the PiS. The same Tomczinski became famous with a series of entries on social networks during the presidential elections in Warsaw in 2018. After his appointment to the Supreme Court, he continued with tweets in which he praised Patrick Jaki, the then rival of Rafal Trzaskowski. For example: “VarszavJAKI … do not argue …” or “21. In October 2018, I will vote for when, as long as the PiS is signed. “

It is Tomczinski who has to decide whether to revoke the immunity of military court judge Piotr Raczkowski. They were the deputy head of the old, legal National Judicial Council, whose rulers terminated – contrary to the constitution – their mandate and appointed a new chamber, elected by the votes of the deputies in the Seimas, and not independent judges. If the Disciplinary Council decides to address this issue on Monday, it will be an obvious disregard for two CoE decisions.

The EU may also decide to suspend the disbursement of funds to Poland from the EU’s post-Soviet reconstruction fund. As part of that, PLN 770 billion should have been sent to Poland – which PiS already boasted about on billboards. However, countries that deny common values ​​for the Union – such as Hungary’s Viktor Orbán – cannot count on EU money, and the payment of funds has been suspended for now.

Poland, after the last will of the politicized Constitutional Court, may be the next 1st President of the Supreme Court and rulers. This means the risk of losing some of the almost 800 billion PLN. EU funds. In the new financial perspective, the Union has at its disposal a tool that the Polish authorities should not underestimate. This is called the conditionality mechanism, making the payment of funds conditional on respect for the rule of law. There is no rule of law? There is no money, as Hungary is already experiencing. We’re next in line.

God of War Ragnarok is a clone of the previous work? Hot discussion about players • Eurogamer.pl

Adam Glapinski and the hidden property of the President of the National Bank of Poland. Villa with pool and over a hectare of forest

Jennifer Lopez works as a model, posing for Dolce & Gabbana in the VENICE GONDOLA (PHOTOS) – Pudelek

Don’t get these numbers! UOKiK intervenes! Here is a LIST of suspicious phone numbers