Polish martial arts artist in karate! Why could not she compete with the coat of arms of Poland? 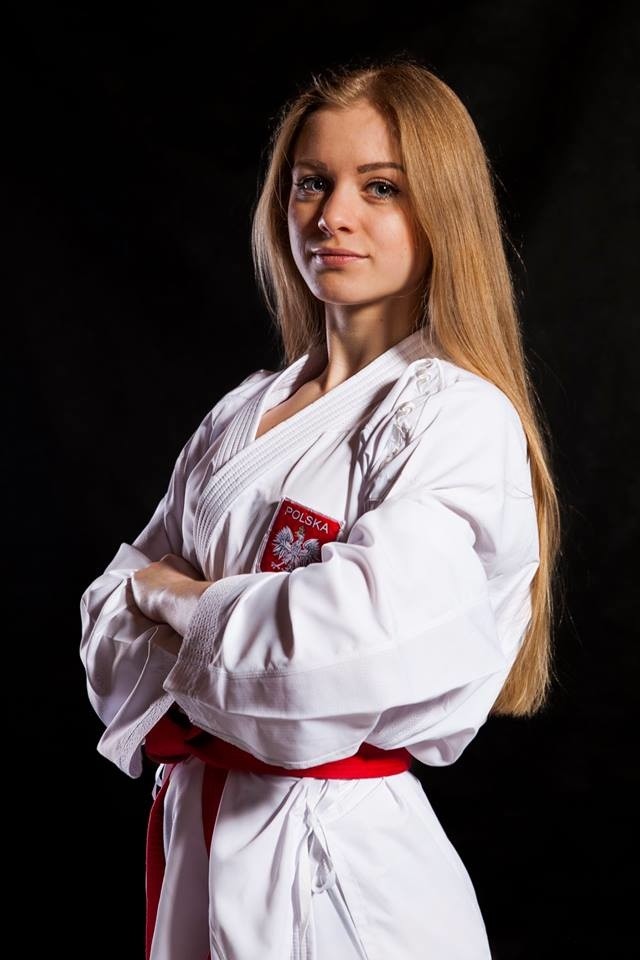 Dorota Banaszczik is a player of Olimp Lodz club. Karate is training for seven years. A 21-year-old student is a student at the University of Lodz. "Karate is her whole life," her father says. On Saturday, November 10 in Madrid, starting in a weight-up of 55 kg, she became the world champion in the Olympic karate – in the final, she won the German player Jane Bitsch. Earlier, she won five consecutive battles, defeating, among others rivals from Italy and Japan. This is the greatest success of Polish karate in the history of discipline.

However, the controversy caused the problem of the wrath of her career. As a result of the changes in the World Karate Federation (VKF), the Polish member of this organization was the Polish Karate Union headquartered in Bielsko-Biała, which replaced the removed Karate Association of Poland.

However, the Karate Union, deprived of its membership, still has the status of the Polish sports association (although the decision was already in April, it was officially confirmed by the VKF Congress on November 5th). This means that the Polish karate federation could not, according to the legal letter, be issued by the Polish national team, and the players would appear with the eagle on the clothes.

But before the final fight, with the support of the Ministry of Sports and Tourism, the PUK decided that Dorota Banaszczik should still appear with the Polish emblem at the cathedral.

– Formally, our karate players who appear on the most important Olympic karate competitions will be entitled when the Ministry of Sports and Tourism assigns the Polish Sports Union to the Polish Union of Karate – informed Marek Kaminski, a spokesman for the PUK.

The Polish Karate Union (PUK) is an organization founded in December 2017 by a group of people associated with karate-trainers, educators, judges and players. He has his headquarters in Bielsko-Biała, and the head is a well-known coach and president of the Sports Club Atemi Paveł Połtorzecki in the sports environment in Bielsko.

In April 2018, the PUK was immediately incorporated into the structure of the VKF – World Karate Federation, the largest karate organization in the world that presented this sport to the Olympic Games. The Polish Karate Federation replaced the Polish Karate Association, which was removed from the VKF. So far representatives of the Polish Karate Association have claimed that only VKF Congress can make such decisions. And so it happened – on Monday, November 5th, the Congress confirmed changes in the structure of the organization.

Congress, without the votes of the opposition, confirmed the membership of the Polish Union of karate. At the same time, the VKF Congress decided to remove the Polish association of karate from the VKF. Delegates decided by a majority vote to withdraw support to the PKK.

What it means? Polish Karate Union, as the only one, reports Polish players at European championships, world championships or competitions from the prestigious K1 Premier League series. But according to Polish law, the Polish Karate Union still does not have the status of a Polish sports association. This means that players have to seal the coat of arms in prestigious tournaments, and Mazurek Dabrowski will not hear the triumph.

According to PUK representatives, the Polish association of karate, using its status, threatens athletes and activists in court trials to use the national coat of arms or the name of the Polish national team. This situation lasted more than five months.

– Our goal is close cooperation with VKF, as well as giving new impetus to Polish karate – says PUK President Paveł Połtorzecki. – We want to act transparently, support players, coaches and judges, and put in a modern way of communication. First of all, we want to focus on one sports discipline – VKF karate. The issues I mentioned at the same time are the problems of Polish karate. We all had this in Poland so far, we want to breathe new spirit into this wonderful sport – he says.

The Polish Karate Federation gathers around 80 clubs, receive new applications for admission to the organization all the time.

Terrible news from the actress! Tragedy after childbirth!

By July 30, applications for president and three vice presidents of Tauron

Sony Xperia 1 III with more than one update for Android

Despite the decision of the CJEU, the Disciplinary Council of the Supreme Court continues to function