The police stopped the inspection car. Thousands of fake perfumes inside 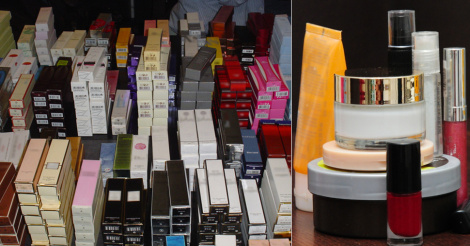 Officers of the customs and tax administration of Mazovia have detained nearly 10,000 pieces of counterfeited perfumes with an estimated value of almost one million zlotys, the Treasury Administration announced on Wednesday.

In the announcement we read that during the inspection on the roads in one of the Warsaw suburbs Mazovia's employees in the car discovered more than five thousand perfume bottles with fake labels of well-known brands.

In the company to which it belonged well, five thousand illegally perfumed products were insured.

Five years in prison for forgery

The product owner was a Chinese citizen who did not have any documents or invoices for the disclosed assortment.

Director of the Tax Administration in Warsaw, Robert Antoszkievicz, reminds that when buying counterfeit products, they support the activities of organized criminal groups, as well as unfair competition.

"Our experience shows that counterfeit perfumes can be full of molds, bacteria and heavy metals, including lead and copper, and their use can even cause allergic asthma." Counterfeit cosmetics does not meet quality standards. They can contain "fillers" such as cement, plaster or floor, pose a threat to our health and even life, "- said Antoszkievicz in a statement.

Communication remarked that "counterfeiting is carried out by organized criminal groups that make huge profits from this practice, compared to the profit from selling drugs and selling weapons."

For forgery perfume, you can be sent to prison for up to five years.

Read also about the breakdown of the drug group:

Pomerania. The recidivist died while trying to arrest him

How much did Agnieszka Digant get from the government? The actress revealed the sum – o2

Amazon in Poland has started. The platform is now available

Jumping. Oberstdorf. Sensors on skis, “FIS put us against the wall”