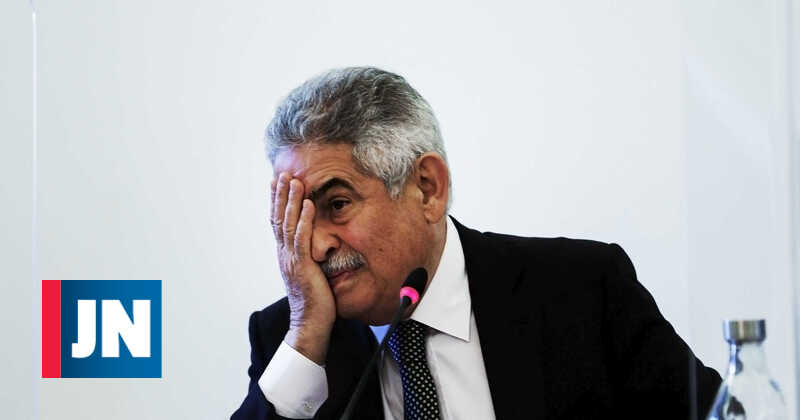 The president of Benfica, Luis Filipe Vieira, was questioned this Monday in the investigative committee of Novo Banco, as the central figure of Promovalor, as part of the hearings that the deputies are conducting to the big debtors of the bank.

He never gave Novo Banco, he never had an interest forgiveness, and at the time of BES he had no direct connection with Ricardo Salgado. These were the main guarantees that Luis Filipe Vieira, in the parliament, gave to the NB commission of inquiry this Monday (which you can review here at the moment). The president of Benfica, present as a strong man in Promovalor – a company that owed Novo Banco (NB) 760 million euros – was also convinced that, if he had not led the club from Luz, he would never have been called to testify. And, at an unusual moment, he stated that the one who sold the NB – Maria Centen, the then Minister of Finance – should be “hanged”.

“My life was not created with BES or coming to Benfica,” Vieira told lawmakers. In 2003, the year he became president, he was a “famous businessman in the field of tires and real estate,” he said.

Vieira explained that in 2017, Promovalor’s debt to the NB amounted to 227.3 million euros. Of that, 217 million referred to capital, 8.9 million to interest and 1.4 million to bank fees. “I am not behind the NB, I have never escaped and, when the time comes, if I fall behind, I will be present and we will know how to negotiate,” he said.

The businessman also said that the amounts in question “do not include bond loans, which have not yet matured, and whose capital amounts to 160 million euros.” The incarnate leader, this operation “secured” the payment, due to “the development of Promovalor’s assets that were delivered to the fund”.

Ripped Centeno: “Whoever signed a contract with Lone Star should be hanged”

The Promovalor leader has leveled several criticisms of NB’s process of selling Lone Star. In response, Congresswoman Filippi Rosetti, from the PSD, fired: “Whoever signed this contract should be hanged.” The parliamentarian recalled who did it: “Now he is in the Banco de Portugal and his name is Mario Centeno …”.

Asked by Cecilia Meireles, of the CDS, whether the NB would “ever repay everything it borrowed”, Vieira said there must be “deadlines” for it. But, “between 10 and 15 years, everything will get back,” he guaranteed.

Mariana Mortagua, from BE, reminded that, according to the NB from 2019, the only property in Vieira’s name was a “house for a haystack”. The businessman denied: “I have another job, a good pension … I live well.” The parliamentarian asked why she did not pay the debts earlier, since, after all, there was no shortage of money. Vieira just said he didn’t because “he didn’t have to pay.”

The businessman alluded to the “apparatus” he saw at the door of the parliament to say that he had the “correct notion” that he was invited to the commission only because he is the president of Benfica. Strengthening himself for decades as a respected businessman, he said that his trip to Luz was a “request of several financial institutions”, which he said were “interested in the sustainability” of the club.