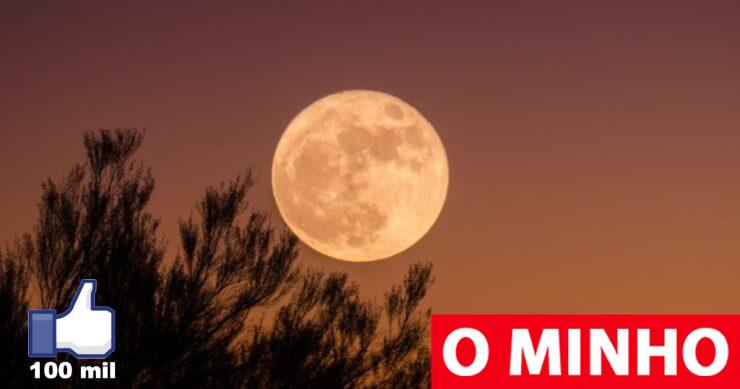 The first Super Month of the year is held next Tuesday, April 27th.

According to the Lisbon Astronomical Observatory (OAL), this Super Moon occurs when the Moon is in the phase of the full Moon and at a distance from the planet Earth less than 110% of the perigee of its orbit.

“On Tuesday, the 27th, at 0432 (Lisbon time), the Moon will be in the full moon phase, it will reach the perigee on the same day at 16222 (357377.973 kilometers from the Earth), and these two events are in the phase outside each phase at 11:50. On the 27th of the month, the moon rises at 21:06 at an azimuth of 70º, calculated from South to East. Then the Moon will seem bigger than usual, not only because of the appearance of the Super Moon, but also because it is closer to the horizon, it is bigger, which is just an optical illusion. The Super Moon is located in the constellation of Libra and just above the triangle of Spring, which consists of the stars: Arcturo, Espiga and Regulo. Mars will be located up on the west side in the constellation Gemini, as shown in the image below. The next day, on the 28th of the month, the moon rises at 22:25 and will continue to seem bigger than usual, “explains the Lisbon Astronomical Observatory.

The second Super Month of the year is scheduled for May 26. On the same day, there is a complete eclipse of the Super Moon, around 12:00, but its observation will not be possible due to daylight.

Last year there were three Super Months: March, April and May. There will be only two this year.

By the end of the month, the meteor shower of Lirida will act.

The lyrides are associated with the remnants of dust left by the passage of Comet Thatcher. When these particles enter our atmosphere, they cause a “meteor shower” or “shooting star” to appear. The name of this meteor shower comes from the traces of its shooting stars, which seem to us to come from the point of the constellation Lyra.

Also in April, the planets will be visible to the naked eye. This is the case with Mercury, starting on the 24th, at dusk, or with Venus, which is visible from Wednesday. Mars is visible during the first part of the night. Jupiter and Saturn at dawn, both in the constellation Capricorn.