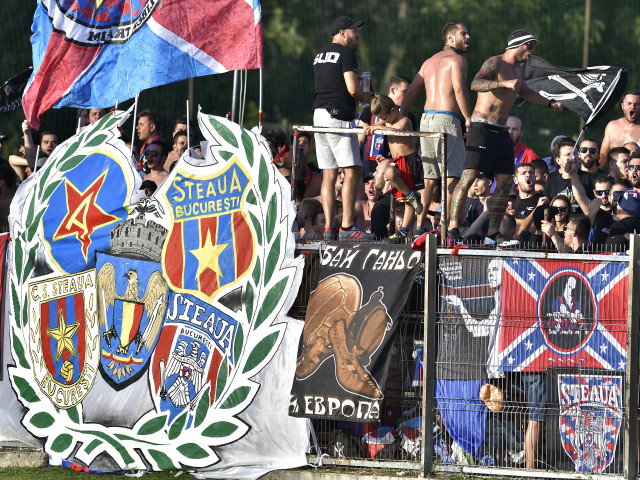 The NAC’s decision left Gabi Balint without a reaction, who does not understand why the institution’s representatives issued such a notice: “I read what happened. The Armi Sports Club has different sections, and the football team that operates within the club is called Steaua! What is so hard to understand for those from CNA? I don’t understand, I really don’t understand! Something funny.”, said Gabi Balint during the Live Football Club live show on Digi Sport.

The CNA decision in the Steau case blocked everything: “That’s ridiculous! / Have you heard of Associazione Sportiva Dilettantistica?”

The moderator of the Football Club show, Radu Naum, listed some of the names of top teams from abroad, where abbreviations are accepted without problems: “CNA made this decision after an appeal. Here are some teams we represent at various competitions. Ajak Amsterdam is called Amsterdamsche Football Club Ajak. Borussia Dortmund is Ballspielverein Borussia 09 e. V. Dortmund.

Saint-Etienne is not Saint-Etienne, they did not have the absurd idea of ​​being called just Saint-Etienne. This is the Saint-Etienne Loire Sports Association. Put this on the screen! The women’s national football team from Turin is called: Torino Calcio Femminile Associazione Sportiva Dilettantistica. Genoa is called Genoa Cricket and Football Club.

Have you heard of the New Saints? TNS is also called, they play in European cups. It’s a Welsh team. Their full name is The New Saints of Osvestry Town & Llansantffraid Football Club. PAOK, where he plays Mitris and trains Razvan Lucescu, do you know his name? It’s called: Panthessalonikeios Athlitikos Omilos Konstantinoupoliton! “.

CNA press release: “Future team names must be displayed in line with that on the FRF website”

The CNA believes that the Romanian teams should be presented with their full names, as they appear on the FRF website:

“At a public meeting on October 5, 2021, CNA analyzed the monitoring report prepared by the specialized directorate in connection with the broadcast of the Digi Sport 1 football match Mostistea Ulm – Steaua, on May 8, 2021, between schedules 11: 26: 58- 13: 21: 02, in which Ioan Viorel (commentator) used the following expressions: “Steaua Bucuresti”, “Steaua”, “Steaua” The result of the game was shown several times and was entitled: “ULMU MOSTISTEA – STEAUA”.

After looking at some relevant sequences from that match and hearing the point of view of the station representatives, the CNA decided, at the end of the discussion, to send a warning letter requesting that future team names be displayed on the FRF website for accurate information, that is, the Steaua Army Sports Club, ”the CNA decision shows.

“The situation is getting worse and we will have other major closures.”