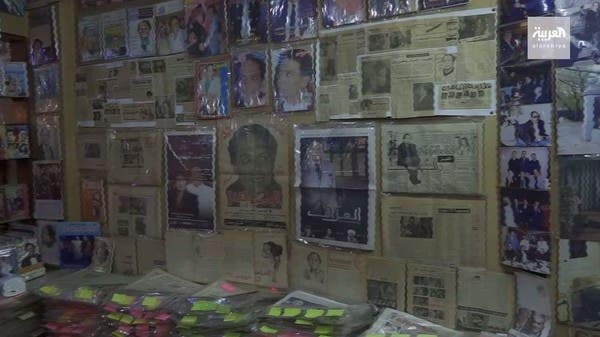 In one area of ​​Cairo is the apartment of Egyptian director Ahmed Gamal, who loves comedy host Adele Imam, and out of love for him turned his apartment into a museum where he collected everything related to comedy leaders from videos and clippings of old newspapers and magazines. and everything that has been written and published about him.

The 30-year-old director tells the story for “Al Arabiia.net” and says that since childhood he loved to watch the works of the artist Adele Imam, and his family took him to the cinema and theater to watch them, and therefore he was attached to him, and the intensity attachment, he began to look for all the news and information related to the leader, and instructed He used old newspapers and magazines and looked for them everywhere, and collected what he could collect from them and the pictures, posters and information they contained.

He adds that he turned his apartment into a museum containing magazines, newspapers and clippings, and each time he was surprised by information and secrets about the leader, many perhaps unknown to him, including, for example, the first salary he received and the first time his name written in the newspaper after his name was announced in a TV theater competition in 1962, including that he spoke with then-famous artist, artist Madiha Hamdi, and that he was behind the discovery of two artists, Esaad Iounes and Iousra, and most of the younger generation , Muhammad Henedi, Alaa Wali Al-Din and others.

The walls of the Egyptian director’s apartment are filled with posters and rare photographs of the artist Adele Imam, in addition to videotapes of his work, pictures of his work contracts, including the first contract he signed, magazine covers with his pictures and newspaper clippings containing critics’ opinions.

He says he collected more than 10,000 magazines and newspapers and hundreds of films for him, and went to remote and difficult areas in search of a magazine and newspaper that contained the leader’s name and information about him or a picture of him. leader.

When asked if the great artist knew what the young director did and made a museum for him?