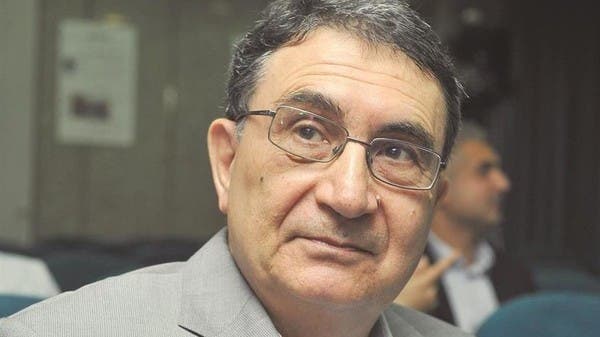 The governments and peoples of the Arab countries face great responsibilities in implementing the obligations for the implementation of the Paris Climate Agreement in 2015 over the next three decades, especially in the difficult conditions that most Arab countries are going through. There are international resolutions that push forward the change of energy age. And perhaps more importantly than these decisions, industrial activity is in full swing based in large international companies. New industries are trying to replace many old infrastructures with new ones. There is a new energy age and there is a certain date for the world to coexist with the age of sustainable energies, starting from the second half of this century.

Of course, this process of energy transformation will leave important impacts on Arab societies and economies, whether for oil-exporting countries or others. The expected consequences are in the field of economic infrastructure, especially the way electricity is produced and how to get the energy itself, in addition to anticipating important changes in transport, starting with the use of electric or hybrid cars, on the one hand, and relying on modern and electric public transport , including carbon dioxide-free jet fuel, high-speed electric trains and the possibility of using driverless cars.

By 2050, countries will be forced to stop using their oil-based power plants and build new power plants that rely on sustainable wind and solar energy. In most of these variants, the main focus will be the lithium electric battery. For countries, these variables require billions or even trillions of dollars of investment in alternative industries. This will mean either financing from the countries themselves, which means reducing the funds allocated for social and educational development, or trying to borrow from local financial institutions, if they have the necessary funds, or resorting to regional and international development funds to obtain soft loans or contribute new capital. projects.

The timing of the start of new projects will depend on the situation in each country, depending on its priorities, economic performance and political stability. In fact, most GCC countries have begun some necessary gradual transformation.

Some Arab national oil companies have started work on two important tracks: The first is to reduce carbon emissions by collecting and storing carbon dioxide associated with the oil produced. Second: Launching the local hydrogen industry, as zero-emission hydrogen is expected to be the new energy fuel in the future.

The reasons behind these two steps lie in the need to improve environmental conditions and work to create a fuel industry for a new era. And then, hydrogen production, zero-emission fuel. Starting this time, we should expect continuous development of technologies during the next period, as well as an experiment with a mobile phone and an electric battery.

The first goal is to collect and isolate carbon dioxide from multiple sources, such as burning fossil fuels, to prevent it from leaking into the atmosphere and contributing to global warming, and burying it in the ground after gas separation and separation into reservoirs or deep geological formations in deep sea or wells. Carbon capture and storage technology is a new technology that was first successfully tested commercially in Germany in 2000. Expectations about the long-term impact of carbon dioxide storage in the deep sea are still mixed due to the fear of negative effects. Carbon dioxide recycling technology is also being developed to halt the negative impact of these emissions in the short and medium term.

Another goal is hydrogen production. For decades, hydrogen has been attractive to scientists because it is carbon-free, and the only by-product of combustion is water. According to Scientific American, the traditional hydrogen production process, which involves exposure to fossil fuel vapors, is far from carbon-free. The hydrogen thus produced is called gray hydrogen, and if carbon dioxide is isolated from it, it is known as blue hydrogen. There is also green hydrogen, which differs from it, because it is produced by electrolysis using machines that analyze water for hydrogen and oxygen, without any by-products. Previously, electrolysis required a large amount of electricity, which made the production of hydrogen in this way unreasonable.

But the situation has now changed, due to the presence of excess renewable electricity in distribution networks, instead of storing excess electricity in large groups of batteries, it can be used in the process of water electrolysis, and then electricity is stored in the form of hydrogen. As for the second reason, according to “Scientific American”, it is due to the increase in the efficiency of electrolysis machines.

Arab national oil companies, especially those in politically stable countries with adequate financial opportunities, are currently working on programs of this kind. But the problem lies in the unstable Arab countries, which are trying to stop foreign interference in their internal affairs, and their ranks have collapsed again after being plagued by corruption. National companies in these countries continue their traditional oil production without entering modern industries that will serve global markets until the middle of the century.

Publication:
All published articles represent the opinion of its authors only.

Gold prices including all Arab countries on this day, September 13, 2021

Why does Apple advise iPhone users to stay away from motorcycle engines?