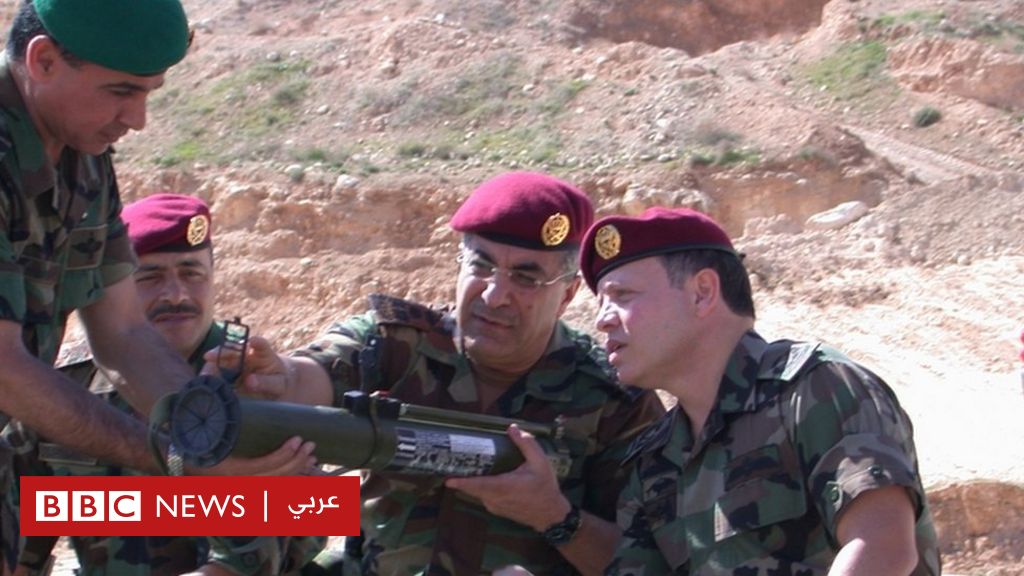 The League of Arab States declared “full solidarity” with the measures taken by the regime in Jordan “in order to preserve the security and stability of the Kingdom”.

The United States has reaffirmed support for King Abdul-II’s regime.

The former Jordanian heir to the throne said that he was under house arrest, as part of the repression.

This comes after the arrest of a number of dignitaries for “security” reasons.

The Arab League reaffirmed, in a statement on its Facebook page, in the words of Secretary-General Ahmed Aboul Gheit, “its confidence in the wisdom of the Jordanian leadership and its readiness to ensure the stability of the country in parallel with respect for the constitution and the law.”

The statement added that King Abdullah II “enjoys a high position and respect, either among the Jordanian people or at the Arab level in general,” emphasizing that “everyone knows his sincerity and his great role in serving Arab affairs.”

The General Secretariat of the Council of Arab Ministers of the Interior appreciated the “role played by the Kingdom of Jordan in supporting and strengthening the system of joint Arab security work, reaffirming its” full position and absolute support for all measures taken and measures necessary to preserve its security and stability. “.

On Sunday, Queen Noor, the widow of the late Jordanian monarch, defended her son, the former heir to the throne, Prince Hamzah bin Hussein, against the government’s allegations that he carried out actions aimed at “security and stability” in the kingdom. “We pray that truth and justice prevail over all the innocent victims of this sinister slander,” she wrote on Twitter.

The Jordanian news agency “Petra” quoted a security source as saying that the arrests “followed for security reasons after close monitoring”, indicating that “an investigation into the issue is still ongoing”.

Former heir to the throne of Jordan, Prince Hamzah bin Al-Hussein, said that he was placed under house arrest and that his bodyguard was arrested.

However, the Jordan news agency quoted informed sources as denying what some media outlets reported about the arrest of Prince Hamza or his house arrest.

The chairman of the Joint Chief of General Staff, Major General Youssef Ahmed Al-Hunaiti, confirmed the inaccuracy of the published allegations about the arrest of Prince Hamzah, but stated that “he was asked to stop movements and activities that target security.” stability of the country as part of a comprehensive joint investigation conducted by the security services, resulting in the arrest of Sharif Hassan bin Zaid, Basem Ibrahim Awad Allah and others.

Major General Al-Huneiti said that the investigations are continuing, and their results will be published with full transparency and clarity.

He stressed that “all measures taken were implemented within the law and after extensive investigations.”

“No one is above the law, and Jordan’s security and stability take precedence over any consideration,” he said.

Arab countries have backed Jordanian authorities’ decisions to arrest a group of prominent figures in the country.

The Saudi royal court issued a statement saying it reaffirmed its support for Jordan and “support for all decisions and measures taken by King Abdullah II and his heir to the throne to preserve security and stability.”

In a statement issued by the Emirates news agency, VAM, the United Arab Emirates said: “Based on the close ties and historical ties between the two fraternal states and their leadership, the UAE confirms that Jordan’s security and stability are an integral part of its security.”

Egypt also expressed support for King Abdullah II, and a spokesman for the Egyptian presidency said: “Cairo expresses support for the Jordanian monarch and his efforts” to preserve the security and stability of the kingdom against any attempts to undermine it. “

The Royal Palace of Morocco announced that the Moroccan monarch, King Mohammed VI, telephoned King Abdullah II, “expressing his solidarity and support for security measures in the country.”

In a telephone call with the King of Jordan, the Emir of Kuwait, Sheikh Nawaf Al-Ahmad Al-Sabah, reiterated his country’s position on Jordan, stating that it “supports all measures taken by the Kingdom to preserve its security and stability.”

The Secretary General of the Gulf Cooperation Council, Falah Mubarak Al-Hajraf, confirmed the council’s support for “all measures taken to preserve security and stability in Jordan.”

The Bahrain news agency quoted a Bahraini monk, King Hamad bin Isa Al Khalifa, as saying that he “fully supports the decisions and measures taken by the King of Jordan to preserve the security and stability of his country and reject all attempts at sabotage.”

Lebanese Prime Minister-designate Saad Hariri announced on Twitter the “solidarity” of his country with the Jordanian leadership and King Abdullah “in defense of the gains of the Jordanian people, protection of their stability and refusal to interfere in their affairs.”

“The Iraqi government confirms that it stands by the Hashemite Kingdom of Jordan under the leadership of King Abdullah II in all the steps it needs to preserve the security and stability of the country and care for the interests of the fraternal people of Jordan,” the Iraqi Foreign Ministry said in a statement.

In a statement transmitted by the Qatari news agency, Qatar expressed “full solidarity” with Jordan and “full support for the decisions and measures taken by King Abdullah in order to preserve security and stability and promote progress and prosperity.” . ”

The Yemeni News Agency (Saba) said that the internationally recognized Yemeni government “confirms its absolute support and fully stands for all decisions and measures taken by King Abdullah to preserve security and stop any attempts to destabilize the Kingdom of Jordan.”

In a statement quoted by the Palestinian news agency Wafa, Palestinian President Mahmoud Abbas supported King Abdullah II’s decisions, saying his country was with the Kingdom of Jordan, the king, the government and the people, reaffirming that “Jordanian security and stability is the ultimate Palestinian interest.”

In Washington, the US State Department said: “The Jordanian monarch is the main partner of the United States and has our full support.”

Israeli Defense Minister Benny Gantz said in a statement that “Jordan is a neighboring and strategic country that has a peace treaty with Israel, and what is happening on its territory is an internal matter,” adding that Israel “must do everything to preserve a strategic alliance with Jordan. “

“We are closely following developments in Jordan … Jordan is a partner of great value to the United Kingdom. King Abdullah has our full support,” tweeted James Cleverley, Minister for the Middle East and North Africa at the British Foreign Office. She told King Abdullah and the Jordanian government that she was following the developments with concern. “We do not see the stability and calm of Jordan, the main country of peace in the Middle East, separate from the stability and tranquility of Turkey,” she said in a statement. Official media quoted Iranian Foreign Ministry spokesman Saeed Khatibzadeh as saying that “Iran opposes any act that leads to internal destabilization, opposes external interference and believes that all internal affairs should be resolved within the law.” He added, “Internal tension and instability in the West Asian region will be in favor of the Zionist entity (Israel) … which always has implications for any disagreements in Islamic countries.”

Activists shared the news on social networks that the arrest campaign included the royal court.

Arrests of individuals from or near the royal family are considered a rare occurrence in this country, which is an essential ally of the United States in the Middle East.

Jordan is assisting the United States in security operations, and is also a partner in the campaign against ISIS.

The powerful General Intelligence Service in Jordan, which has a wide influence in public life, plays a bigger role in the public than the imposition of emergency laws at the beginning of the Corona epidemic last year, which civil society organizations say violate civil and political rights.

Significantly, Jordan enjoys few natural resources and its economy has been severely affected by the spread of the Corona epidemic. The kingdom has also absorbed the waves of refugees fleeing the civil war in neighboring Syria.

Although Prince Hamzah, who was removed from the position of heir to the throne in 2004, was marginalized by his half-brother, King Abdullah, the prince angered the authorities by building relations with individuals dissatisfied with the situation in powerful tribes. Officials familiar with the situation said that some opposition figures gathered around Prince Hamza, in a move that angered the king.